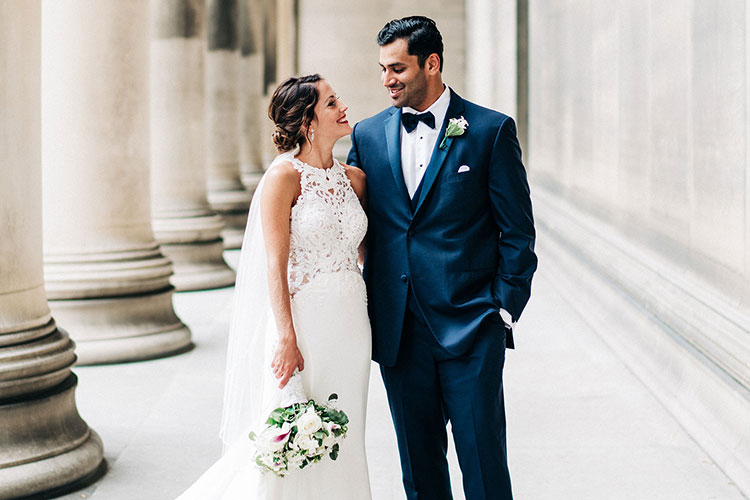 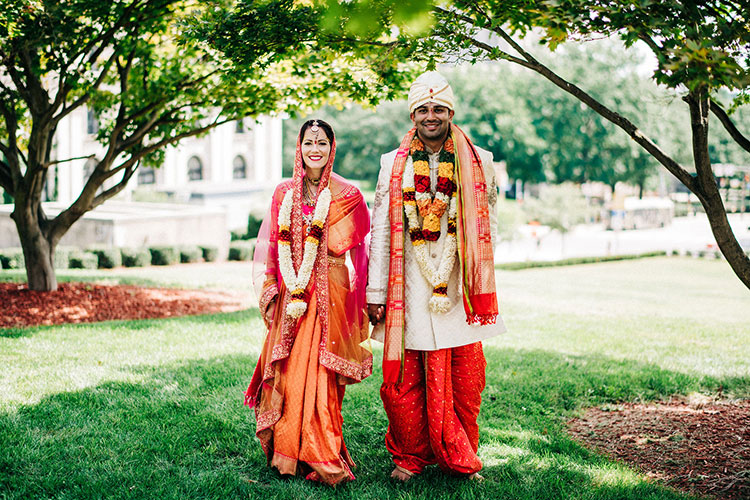 When Nithin Met Carli:
After graduating from the University of Pittsburgh, Carli Coyne lived with one of her sorority sisters, Susan (Kingsley) Keneavy, in Shadyside. Nithin Reddy, who knew Susan from high school, had friends who lived downstairs. Carli was initially drawn to Nithin’s wit and humor in their group text messages. The first time they met in person, Nithin had a golden retriever puppy with him as a Christmas present for his little sister. “I thought that was the sweetest, most amazing thing,” Carli says. “The first thing that really made me fall in love with him was his love for his baby sister.” A couple of years later, Carli introduced Susan to her future husband. 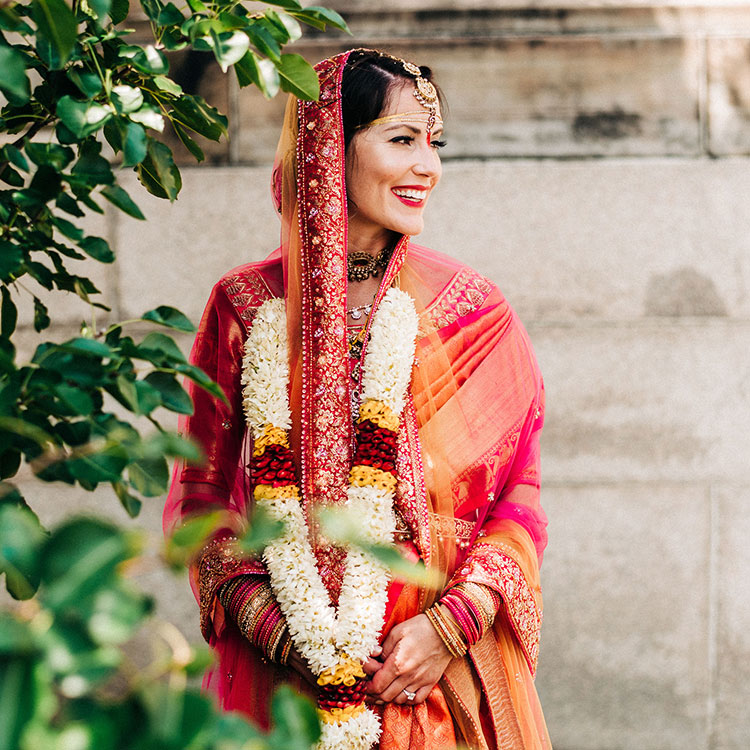 She Said Yes.
After nearly five years of dating, Easter weekend 2017 seemed to be a perfect time for a proposal, with most of their family and friends in town, but Nithin tried to throw Carli off track.

On Good Friday, Nithin told Carli they had to go to a family event at Hartwood Acres, but when they arrived at the mansion, she didn’t see anyone inside. As she turned around to ask where everyone was, she noticed there were rose petals scattered on the patio. Nithin took her hand, got on one knee and proposed.

After she said yes, Carli heard cheering from some nearby bushes — Nithin had arranged for their siblings and his cousin to be there to celebrate with them.
“After my proposal, I didn’t know how a wedding could possibly top it,” Carli says. 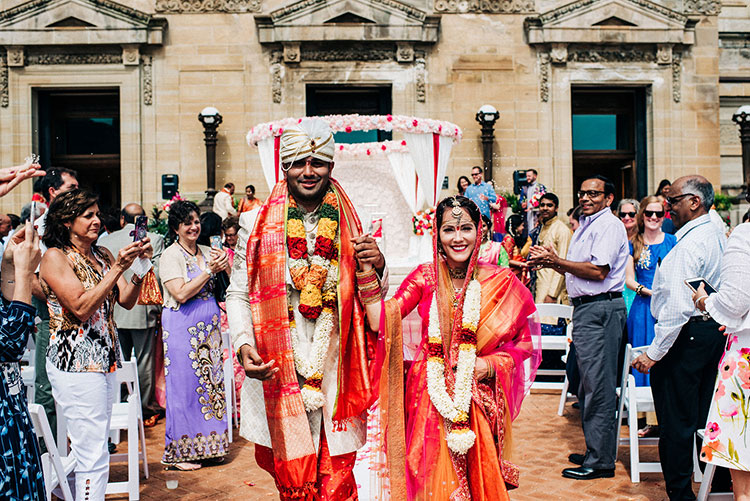 The Big Day.
Carli and Nithin had two ceremonies to honor their heritages: Hindu for Nithin and Catholic for Carli.

For the Hindu celebration, they had a Baraat, a sort of parade leading to the outdoor ceremony at Soldiers & Sailors; Nithin rode in on a white horse. Carli and Nithin’s outfits were custom made with fabric from India, which Nithin’s mother brought back for them. 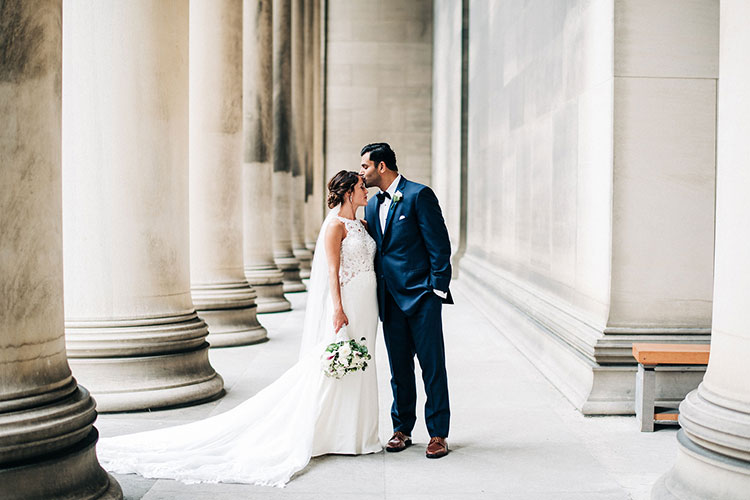 Carli chose St. Paul Cathedral, where she’s a member, for the Catholic ceremony, and her sister sang “Ave Maria” at the Mass.

They ended their day with a reception, beginning with the first dance to Drake’s “Hold On, We’re Going Home” and ending with Chris Brown’s “Forever.”
Their hashtag, #FinallyReddy, was fitting for their long journey together, Carli says. 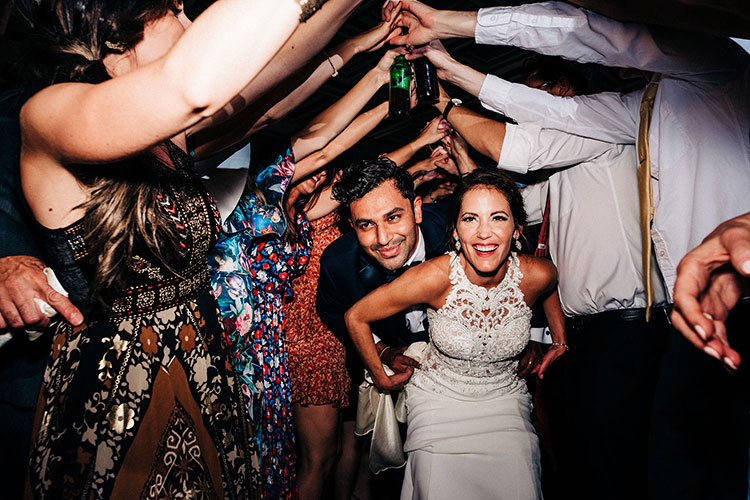 Happily Ever After.
Carli, 32, and Nithin, 30, embarked on a two-week trip to Croatia after the wedding. Carli, a financial advisor at Centerview Wealth Advisors in Aspinwall, and Nithin, who works in supply chain at Polyconcept North America in New Kensington, live in Pittsburgh. 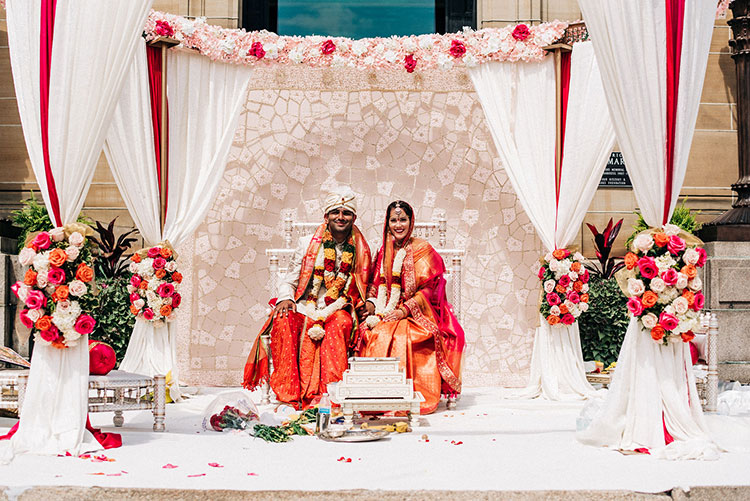