Reconstruction of a four-block section through the Garfield business district began in August 2013. 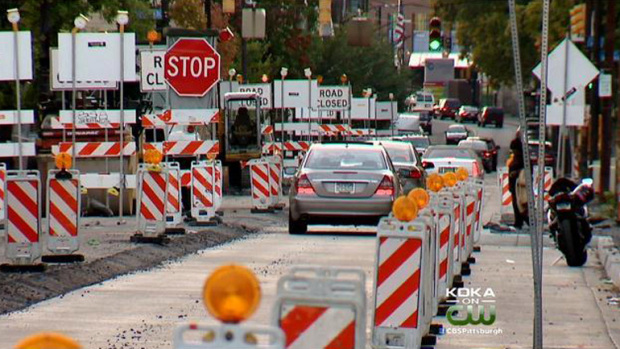 It will be a happy new year for businesses along Penn Avenue between Evaline and Mathilda streets in Garfield. After nearly 17 months of construction, both lanes of the road will be open to traffic by Wednesday morning, the Mayor’s office announced Monday.

That four-block stretch of Penn Avenue has been torn up since August 2013 for street and sidewalk repairs, planting of new trees, installation of traffic signals and lighting.

A number of problems delayed the project and after meeting with frustrated business and community leaders in October, Mayor Bill Peduto promised to have the street construction completed by the end of the year.

Crews will continue to build sidewalk vaults and erect traffic signals and streetlights through the area, which could temporarily impact street parking at times.

Further work on trees, sidewalks and other upgrades are expected to continue through summer 2015.