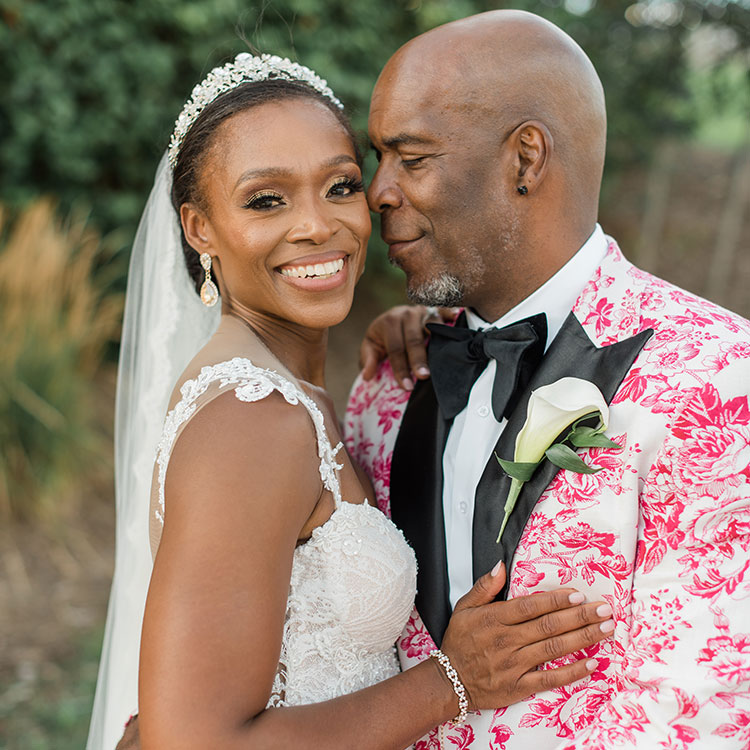 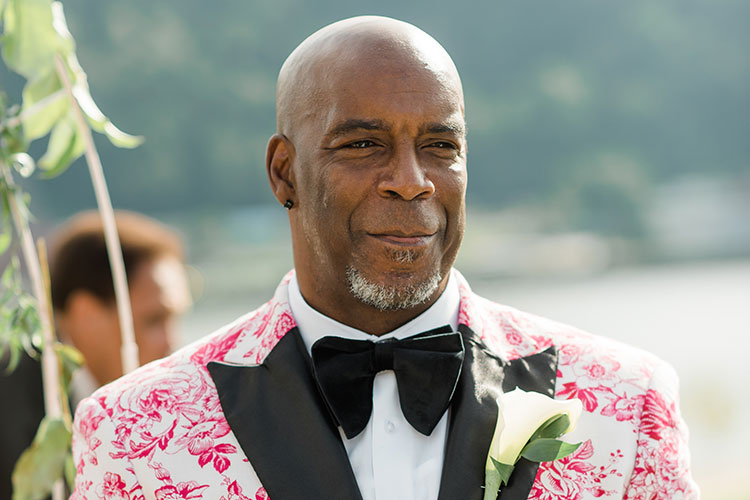 When Thomas Met Sherie:
Self-proclaimed gym rats Sherie McArthur and Thomas Cameron seemed destined to meet at their local LA Fitness gym in Atlanta. Sherie wasn’t looking for a relationship, and when Thomas asked her out for a drink she declined, saying she didn’t drink. Thomas replied, “Everybody drinks water.” Sherie gave in, and they had their first date at The Piano Bar in College Park, Ga. 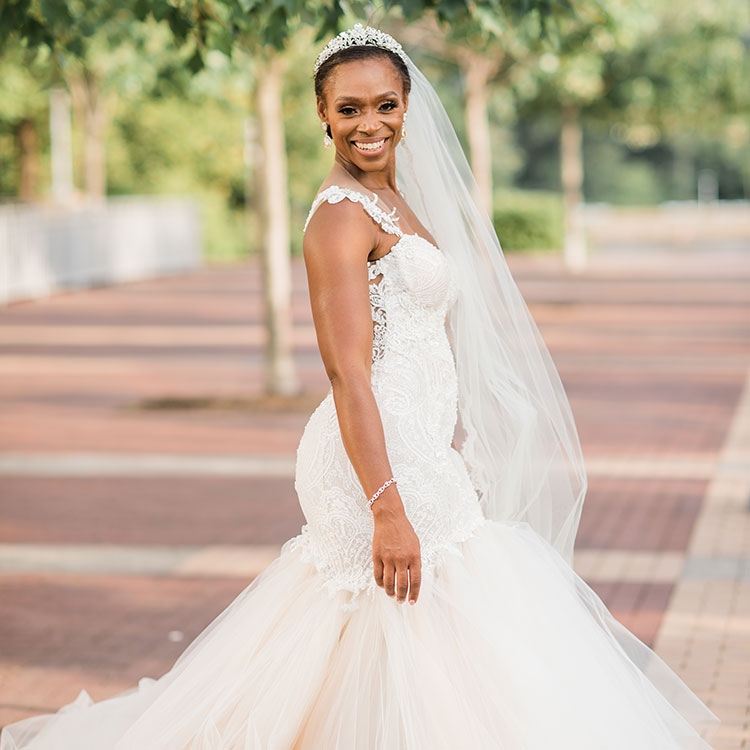 She Said Yes.
Thomas proposed to Sherie not once, but twice. He first proposed with the ring on top of a cupcake. Afterward, she asked why he didn’t get down on one knee, but Thomas, to this day, maintains he was.

The second proposal emerged from the knee controversy and acted as a sort of surprise do-over. Thomas and Sherie had taken a long weekend trip to Chateau Elan Winery & Resort in Georgia, and they were having dinner in a restaurant near an indoor waterfall. As they were eating, Sherie noticed a woman holding up her phone to take a picture. Sherie, thinking she was in the way of the woman’s photo, moved to the side when the waitress appeared with a bottle of wine. It had Sherie’s name on it along with the words, “Lovie, will you marry me?” 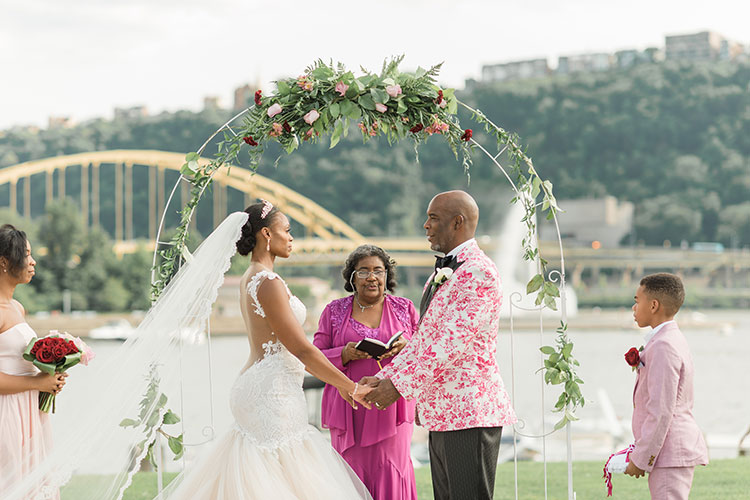 Thomas and Sherie wanted to bring their familial focus into the wedding day. Thomas’ mother, an ordained minister, married the couple, while their children filled the bridal party.

Sherie is a Pittsburgh native and wanted to have her wedding in Pittsburgh to show people the city and expose them to its culture. Thomas’ family had never been to the city, and Sherie says it was special to have the families come together here. 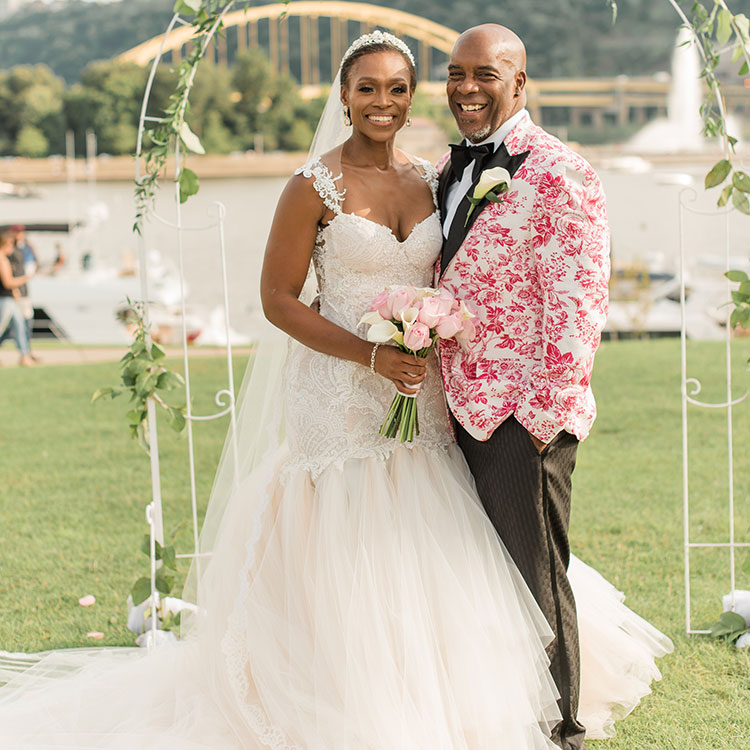 Happily Ever After.
Thomas and Sherie took an eight-day honeymoon throughout Italy. Thomas, 51, is a real estate investor, and Sherie, 40, is a management analyst. 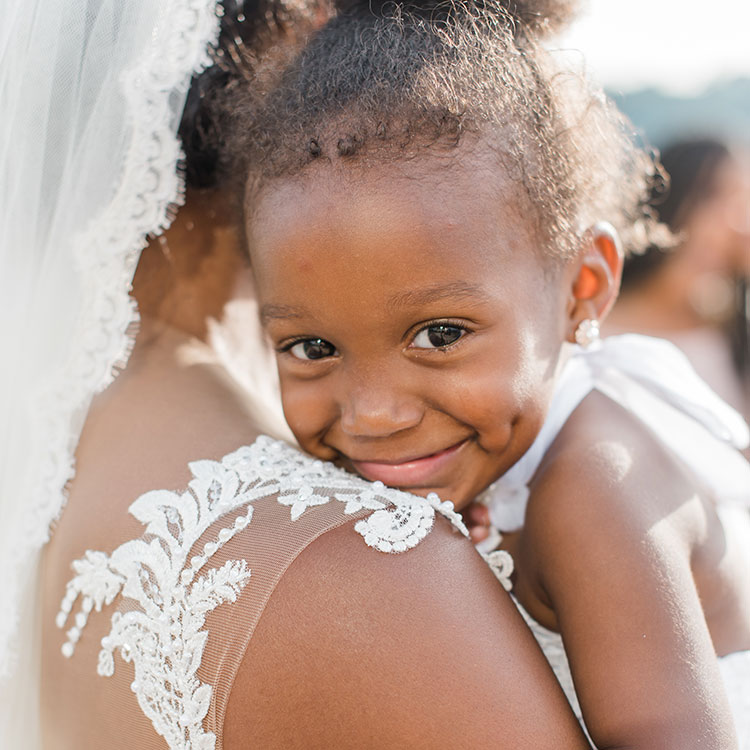