Farmers Greg Boulos and Jennifer Montgomery Look to the Future

The duo behind Blackberry Meadows Farm in Natrona Heights began working to change the regional food system in 2007. 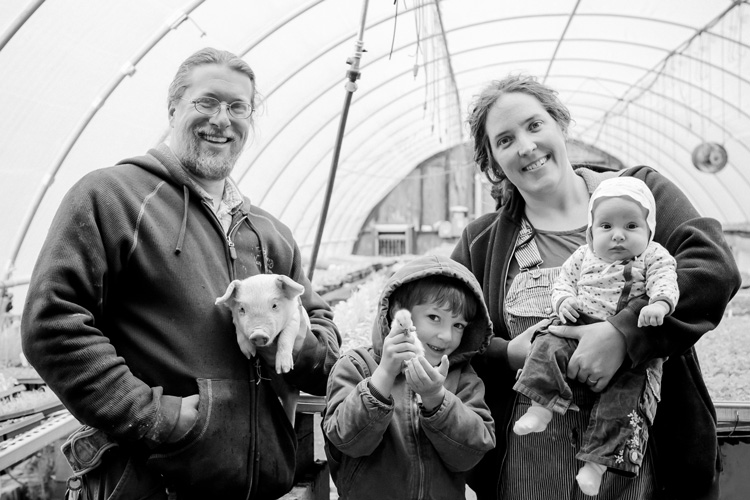 The pair worked the land first as a traditional organic vegetable farm, but over the past couple of years they’ve developed a forward-thinking model of farming that has the potential to demonstrate the possibility for holistic change to our local food systems.

“Greg is more the ‘Let’s take chances’ type, and I’m the ‘Let’s do what we do and learn how to do it better’ type. We really compliment each other,” says Montgomery, who runs the nitty-gritty of the farming operation.

The duo operates one of the most progressive farms in the region. Their approach begins with the values that come from a hands-on connection with their customers. “You create a very intimate relationship when you’re feeding someone,” says Boulos. “We want to develop long-term relationships with people. We’re very much open-door. If we’re not building a community, we’re not doing our job.” 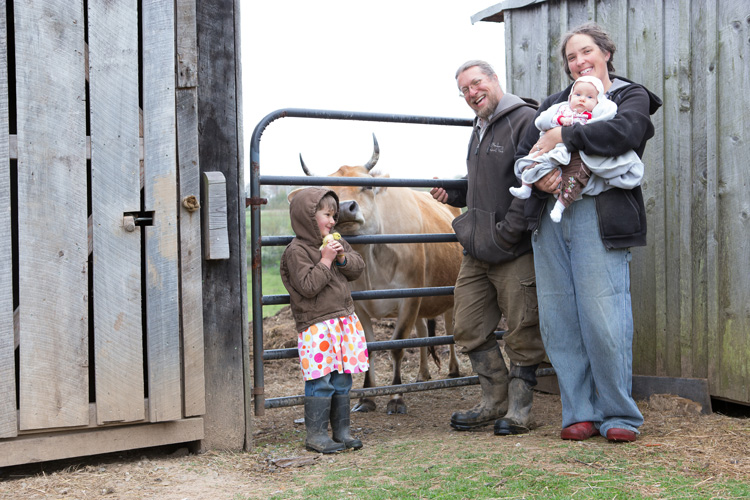 To that end, they are experimenting with alternative Community Supported Agriculture models. There’s the innovative Garden Share CSA, in which customers purchase seedlings rather than crops. It costs significantly less in finances (though it does carry a cost in terms of time and supplies) than a typical CSA and allows the individual or group to grow and harvest the same Slow Food Ark of Taste crops grown at the farm.

With a Market Share CSA, members pay in advance but can choose what they want at the market or at the farm. It gives the farmers the same preseason financial benefit and the consumer the flexibility to skip a week or get extra tomatoes. For those who prefer the traditional CSA model, Boulos says, “we’ve upped the amount of produce in their baskets because they are the most eager to use it.”

Montgomery increasingly is embracing closed-systems and biodynamic farming techniques. For example, the farm now keeps heritage-breed hogs to root, forage and fertilize the fields before planting (and to sell at market or as part of the CSA). There also are cows, ducks and rabbits on the farm. An organization called Woods of Plenty is using the farm’s woods to grow mushrooms, some of which convert dead trees back into useable biomass; they also have a perennial nursery with edible and medicinal plants.

They still face challenges, of course. “People don’t always realize that what happens with the weather in one month can affect the harvest several months later,” says Montgomery.