Fan Learns Hard Way to Keep Hands (and Glove) to Himself

The look on Polanco's face says it all. 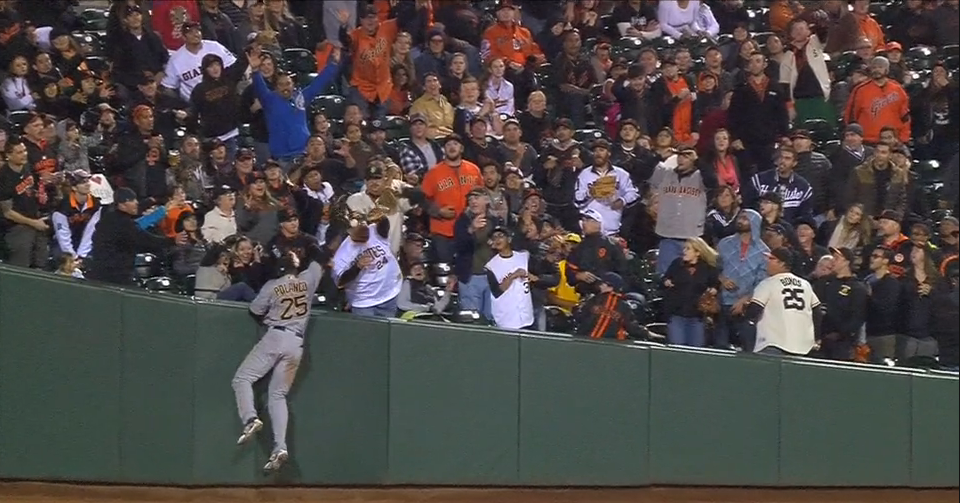 Some fans should leave their gloves at home.

Monday night in San Francisco, the Pirates were leading the Giants 4-3 with nobody on and two outs in the bottom of the eighth inning. Buster Pose hit a pop fly into the right field seats and Gregory Polanco reached into the stands and appeared to be able to make the play.

That is, until a fan wearing a Barry Bonds Pirates jersey leans into Polanco, who missed the catch. It was bad break that didn't last long; karma quickly caught up to the fan.

After several minutes of review, the umpires declared Posey out and the fan ejected. The Bucs eventually won the game 4-3.

You can watch the play below.