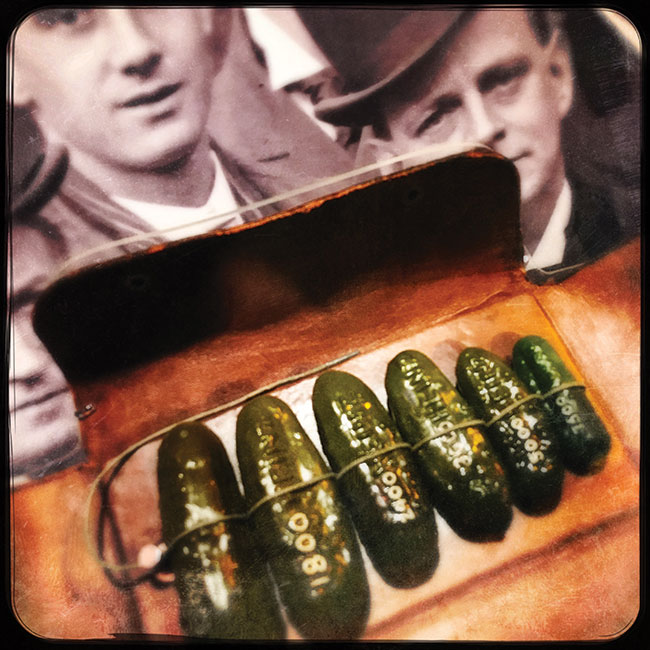 H is for History

The Sen. John Heinz History Center in the Strip District is where Pittsburgh’s past and present come together. Exhibits showcase milestones in Pittsburgh’s development, culture and sports with photos, paintings, video and more. “We have a new exhibit this year called Discovery Place, which is a hands-on, interactive area where kids and families can learn about innovations in Pittsburgh,” Brady Smith, director of marketing and communications for the Heinz History Center, says. The entirety of the History Center is kid-friendly and includes exhibits such as the original set from “Mister Rogers’ Neighborhood.” Smith also says not to miss a slide down the Liberty Tube, a 12-foot spiral slide named after the Liberty Tunnels. —ET

★ Insider Tip: Floating out in the Ohio River near the North Shore is an interactive piece of history: the USS Requin Submarine, which can be visited through the Carnegie Science Center. Visitors can shimmy through tight quarters, just like its crew did during World War II, while learning about the daily life on a submarine. 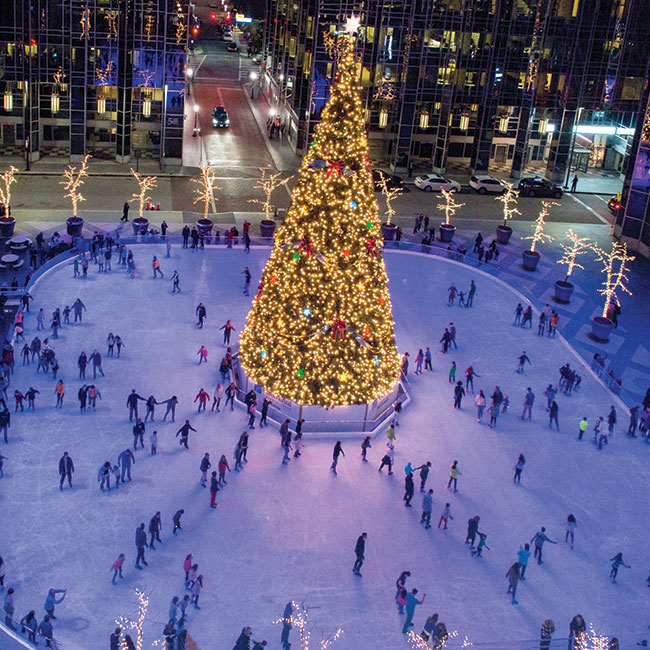 I is for Ice Skating

Ice skating is always a chill activity — you can’t go wrong heading to the oval at Schenley Park or the frozen ponds at South or North parks — but there’s something magical about skating in the heart of Downtown during the holidays as skyscrapers light up the background. For that experience, you need to head to the MassMutual Pittsburgh Ice Rink at PPG Place. Typically debuting during Pittsburgh’s Light-Up Night in November, the outdoor ice rink remains open through late February. You don’t need to bring your own skates; the rink — which was replaced during the 2015-16 season with a new version roughly 67 percent larger than the famed Rockefeller Center ice rink in New York City — has them for rent. Want to be the cool parent? The rink is available for birthday parties, private rentals and group outings. Skating lesson are also offered for all ages and ability levels. —JS

★ Insider Tip: Take a break from the cold and warm up inside the Wintergarden at PPG Place. Open mid-November through early January, the all-glass garden environment is the site of the annual Spirit of Giving Around the World exhibit, featuring an oversized Christmas tree, life-size Santas and original paintings, as well as the deliciously delightful gingerbread house display and competition. 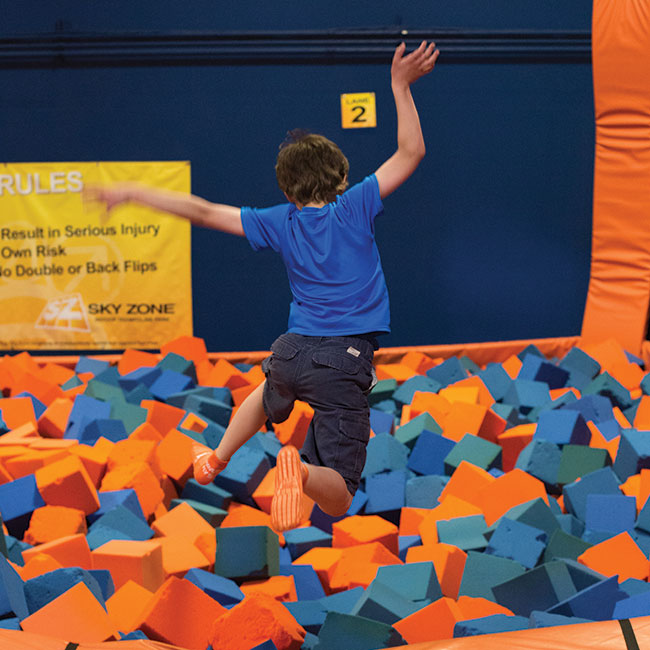 J is for Jumping

Especially good for a rainy day when the kids are jumping off the walls, take them to a place they (almost) literally can. There are a few options in the region: Flight Trampoline Park in Bridgeville and two locations of Sky Zone, one in Monroeville and one in Leetsdale. Jumpers under 46 inches get their own space to jump at each site, making a trampoline park a good option for any age. For the teens, Sky Zone Monroeville hosts “Glow” — a glow-in-the-dark dance party — on Friday nights, and Flight Trampoline Park hosts Club Flight on Friday and Saturday nights — the lights go down and DJs turn the music up. —LD

★ Insider Tip: Both companies host birthday parties, perfect for parents looking for a post-cake activity that will allow the kids to burn off all of their sugar-induced energy. 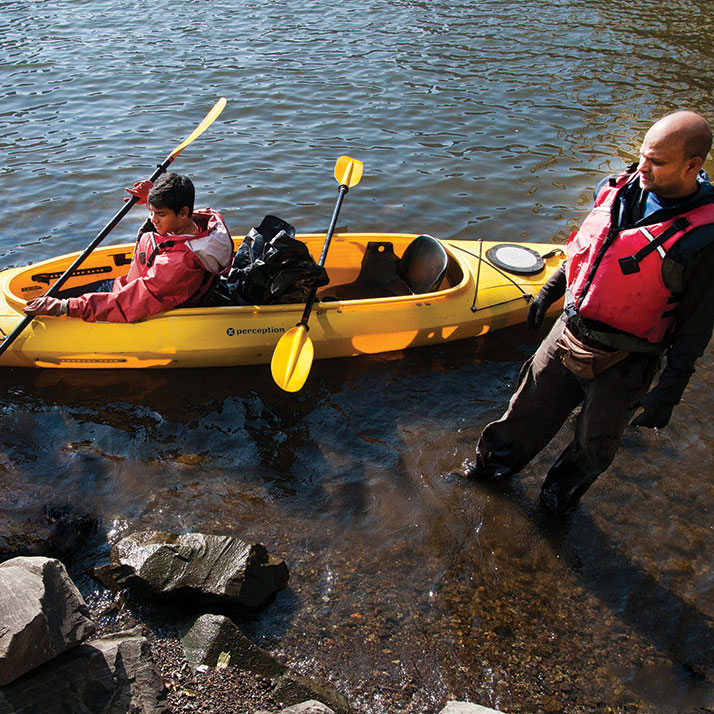 K is for Kayaking

Pittsburgh is well-noted for its three rivers, which make for a lot of fun water activities. Kayak Pittsburgh, a project of Venture Outdoors, will get you and your family on the water in their signature, bright-yellow kayaks. The outfit operates a kayak rental concession May through October on the rivers of Downtown Pittsburgh and Aspinwall Riverfront Park and on the lake at North Park. Typically, any child age 3 or older (accompanied by an adult) can set sail in a kayak. Venture Outdoors also schedules family beginner paddles throughout the summer months and a variety of year-round, family-friendly activities, including private group and youth programs. Some of the out-of-the box guided trips include fireworks paddles, full-moon paddles and more. —JS

★ Insider Tip: Kayak Pittsburgh’s North Park location, in a rejuvenated stone boathouse, shares space with the OTB Bicycle Cafe (otbbicyclecafe.com). Stop in for a bite to eat (we recommend any of OTB’s burgers) after a kayak session and enjoy views of the lake from the restaurant’s popular patio. 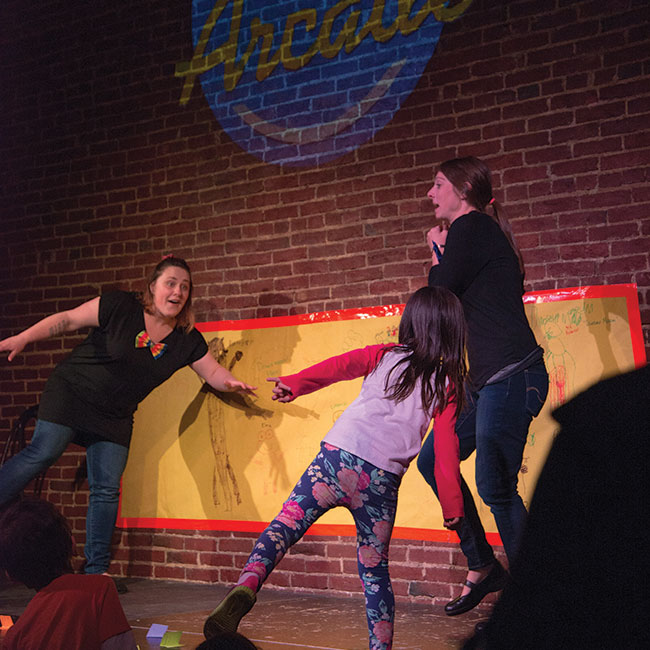 L is for Laughter

Live comedy is not typically an all-ages affair — except at Arcade Comedy Theater. On the second and fourth Saturday afternoon of each month, Arcade hosts its all-ages Penny Arcade show; families gather to watch kid-friendly improv games in a highly interactive, pay-what-you-wish performance. “Before the show even begins, kids are encouraged to collaborate in different ways,” says Arcade creative director Kristy Nolen. “There’s a big banner on the stage where they can draw; they can give suggestions verbally. That’s so a kid who might be too shy to yell out can still have input during the show.” Got a budding comedic talent — or just a pre-teen or teen looking for something completely different — in your house? Sign your 9-to-17-year-old humorist up for kids’ comedy classes or summer camps, where they’ll learn the finer points of frivolity. —SC 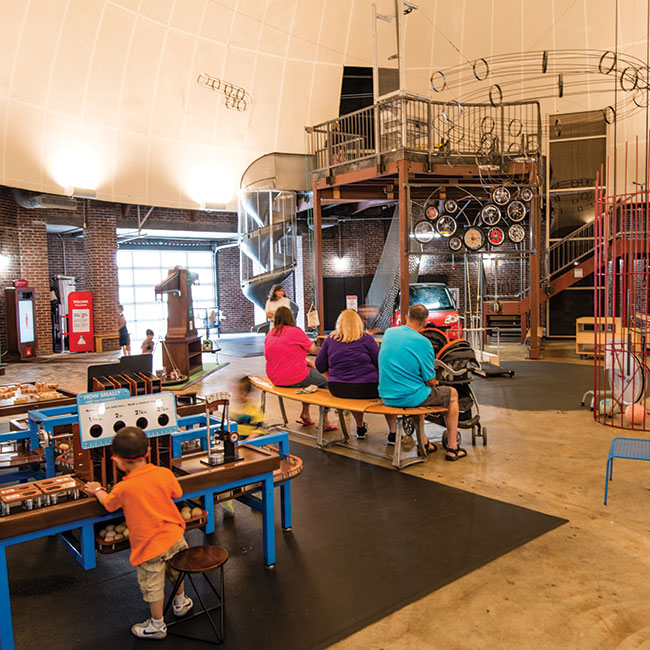 M is for Museums

When picking a museum trip for children, many Pittsburghers don’t overthink it: After all, that’s why we have the Children’s Museum of Pittsburgh. The institution boasts interactive art and exhibits for kids of all ages. “Our MAKESHOP … is a spot in the museum that has generated a tremendous amount of interest locally,” says Bill Schlageter, the museum’s director of marketing. In addition to that building-and-innovation focused exhibit, “It’s [also] a glorious experience to go to our Waterplay exhibit and see water in all of its many forms,” he adds. But don’t forget great family offerings at the Carnegie Museum of Art, including “Art Cat’s Sketchbook,” the new activity book for kids to complete at the museum and at home, and The Andy Warhol Museum, where families can create their own Warholian pieces in The Factory. —SC

★ Insider Tip: At 12:30 p.m. every Saturday and Sunday, the Carnegie Museum of Art hosts “ARTventures” activities for younger guests. The programs change often, so check in with museum staff on each visit to discover what’s on the day’s agenda.

This article appears in the July 2017 issue of City Guide.
Categories: Visitors Guide