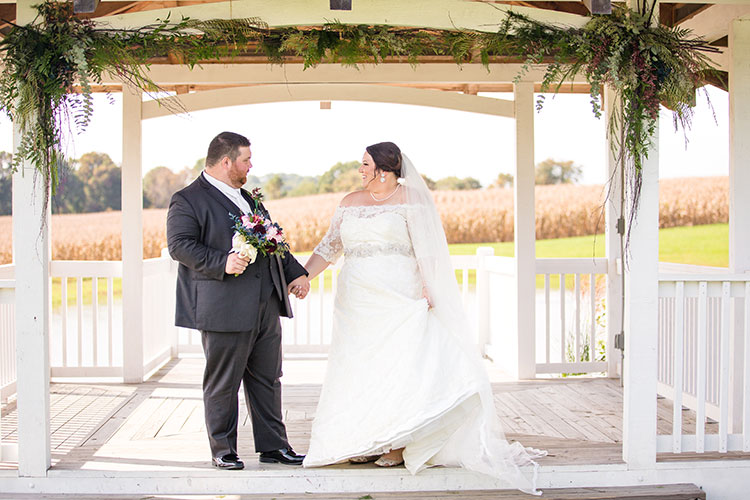 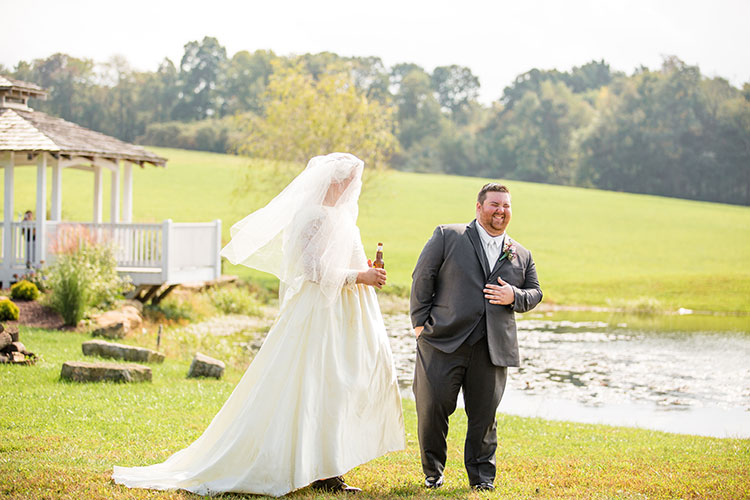 When Nick Met Carly.
When a mutual friend insisted that Nick Hartzell and Carly Dittrich meet, they did it the old-fashioned way — through Facebook. “It was a very high school relationship,” Carly says with a laugh. In 2011, Nick, who was in his first semester at college, messaged Carly, a high school junior, and they chatted online for two months before going on their first date. 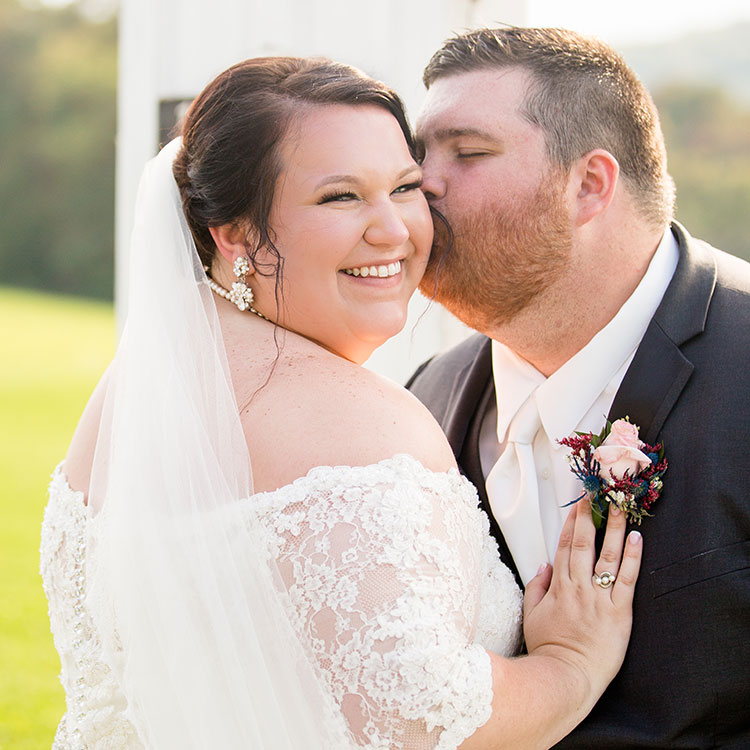 She Said Yes.
Carly’s favorite Christmas tradition is a family trip to Overly’s Country Christmas, a holiday village in Greensburg with shops and lights. While she and Nick had discussed getting engaged, she’d told him that she wanted to wait until after she graduated college. It was still her senior year, so she thought that Nick would pop the question on her family’s upcoming trip to Disney after her graduation.

Instead, Nick surprised Carly by getting down on one knee when she thought they were posing for a picture under the lights. “I loved it because I wasn’t expecting it,” she says. 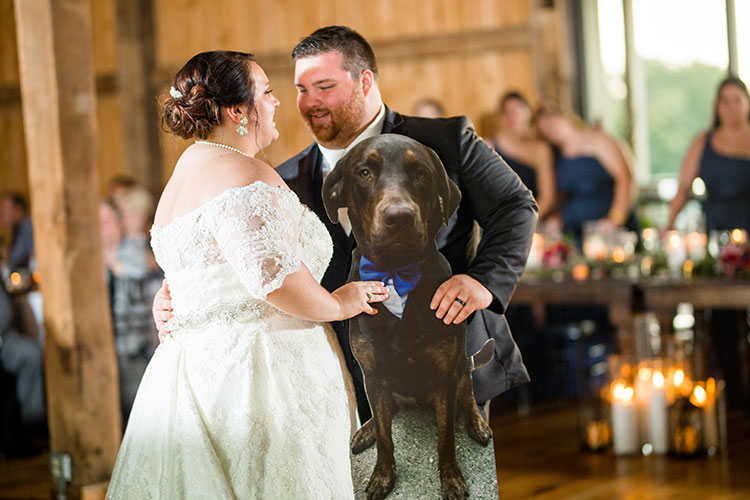 The Big Day.
Carly and Nick knew they wanted a fall wedding, as it’s their favorite season.

As a joke, she orchestrated a fake first look for Nick; when he turned around to see Carly in her dress for the first time, he came face-to-face with one of his groomsmen dressed in his mother’s wedding dress.

In another grand entrance, Carly and Nick walked through two non-flammable sparkler cannons as they entered their reception.

Because the couple couldn’t figure out how to bring their dog, Beau, to the wedding, they made sure to have plenty of mentions of him throughout their day: a replica served as their cake topper, they donated to the Monroeville Animal Shelter in lieu of favors, and they made him into a life-size cardboard cutout so he could dance with them all night — even during their first dance.

At the end of the day, the couple was glad they were able to have all of their family and friends together to celebrate. “It was our day, but we’re here because of them,” Carly says. “It was the perfect day with them.” 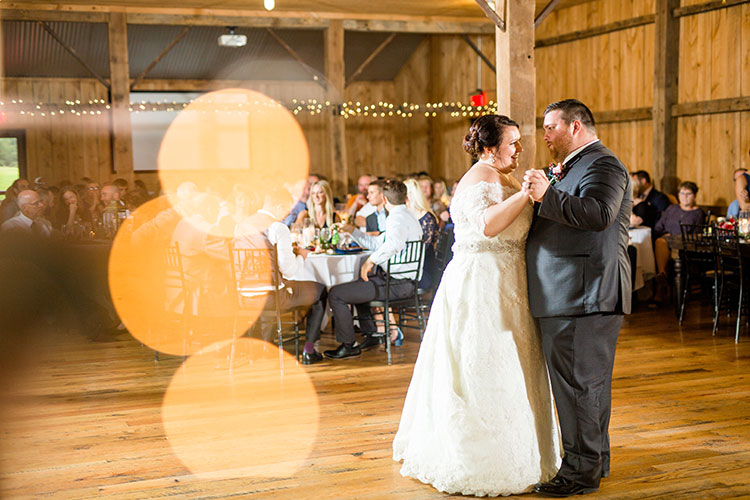 Happily Ever After.
Carly, 25, is an internal auditor with PNC Bank. Nick, 27, is a volunteer firefighter and laborer for Allegheny County. The couple lives in Monroeville with Beau and their cat, Ginger. 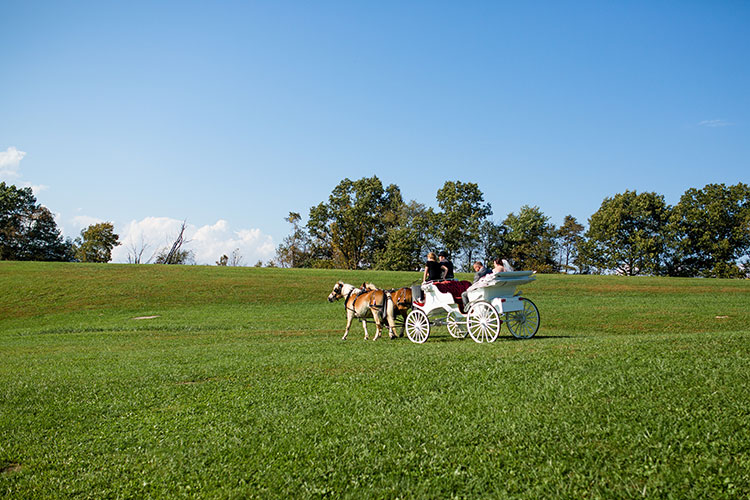