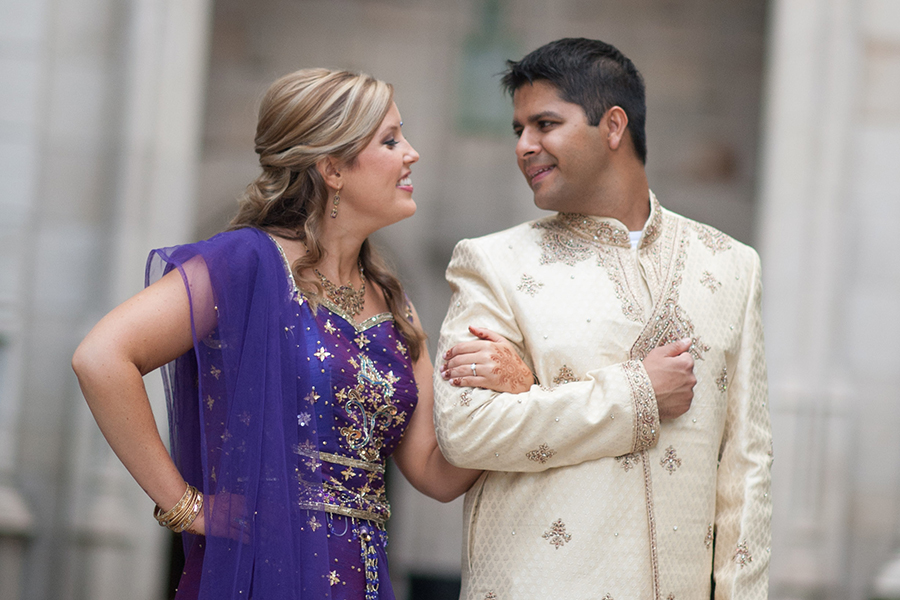 In August 2012, Faith Johnson and her boyfriend Ronak Sampat set out on what she believed was to be a trip to a University of Virginia alumni event.

“I didn’t think Ronak was going to be able to surprise me,” says Faith, 29, a teacher. “After five years of dating, I was accustomed to thinking getting engaged was right around the corner. So when he pulled off a surprise engagement at my favorite winery, I was beyond ecstatic.” 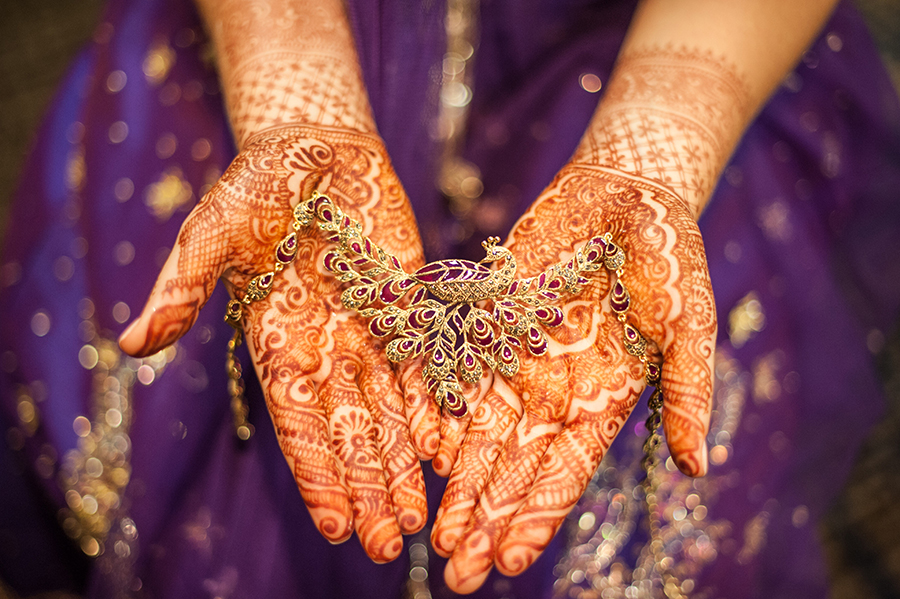 Ronak, 31, a consultant for Captech in Richmond, Va., where the couple now lives, popped the question by playing a memory game with Faith. He showed her several pictures from adventures they shared, prompting her to reminisce with each photo. The last picture was of her ring.

As they began to plan their celebration, they knew they wanted their wedding day to be the most fun day of their lives. They also knew that they wanted to incorporate Ronan’s Hindu traditions as well as Faith’s Christian wedding customs into the day, although they didn’t want to stick strictly to either ritual. 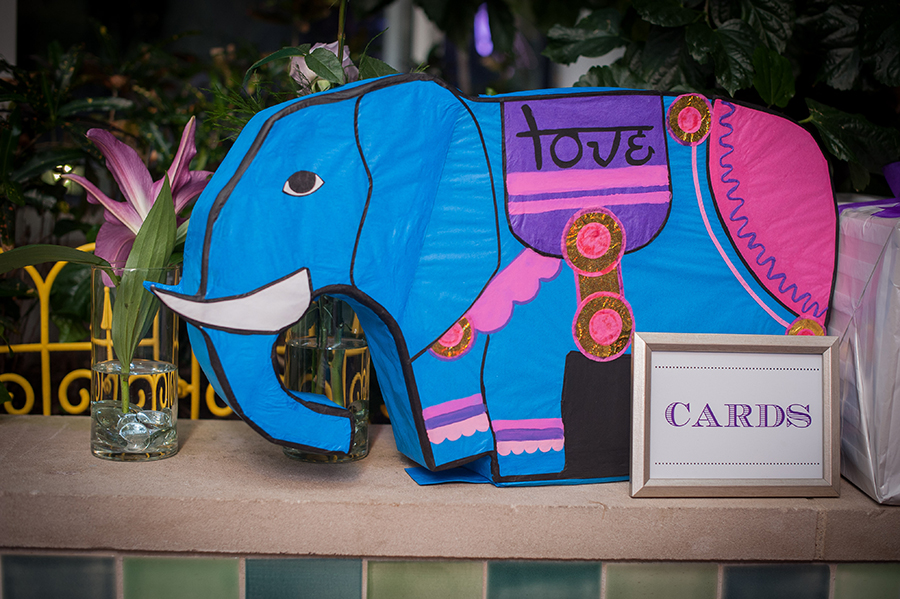 The result: two ceremonies at the Sen. John Heinz History Center and a reception at Phipps Conservatory and Botanical Gardens. Both couples remember saying their vows — Ronak during the Hindu ceremony and Faith during the Christian ceremony — as the highlight of their day.

“It felt like one of those cliché moments where we were the only two people there,” says Faith.

She also recalls clutching her bouquet, which was tied together by one of her late father’s neckties, as she made her walk down the aisle solo — with Ronak meeting her halfway. The also had a small memorial table which included a poem that read: “Those we love don’t go away, they walk beside us every day . . . unseen, unheard, but always near, still loved, still missed and very dear.” 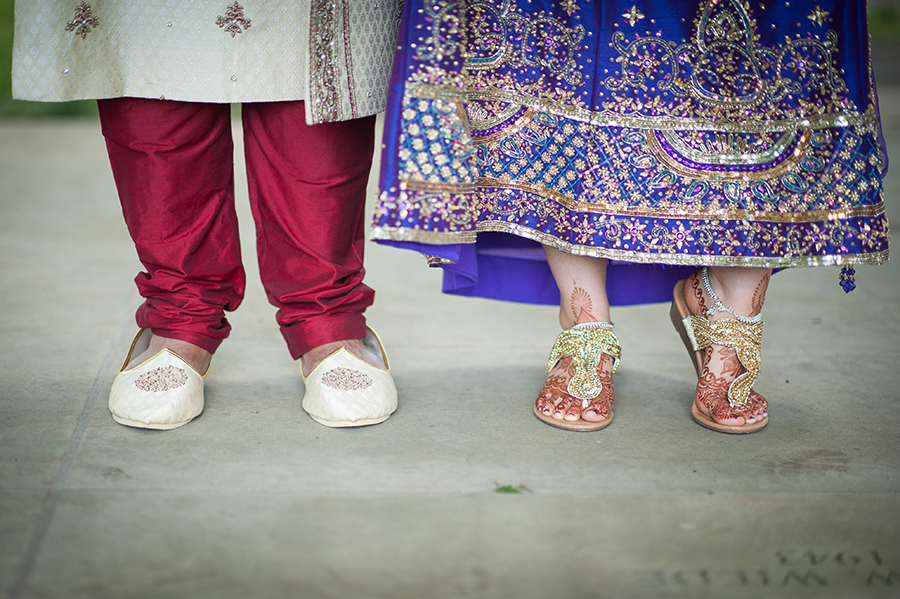 The reception in the tropical India garden at Phipps was decked in purple and gold décor, and guests dined on Italian and Indian cuisine. Guests received Indian bangle bracelets as favors, and snacks from Chick-Fil-A capped off the night. There was also a map for guests to sign and suggest favorite travel destinations for the newly married couple.

Says the bride: “We had the most fun and beautiful day of our lives. Mission accomplished!” 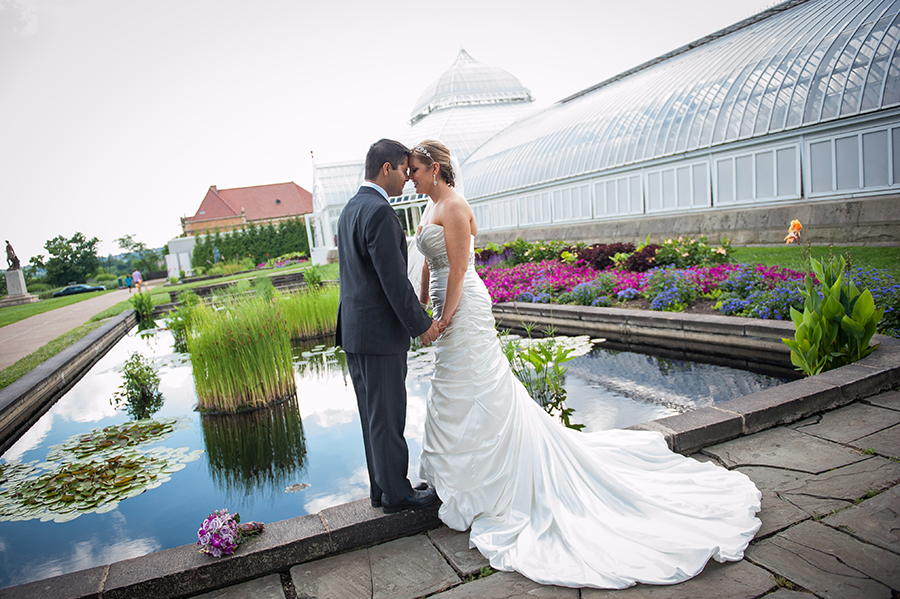