A forecast of storms never materialized in the Pittsburgh area Thursday. Instead, the skies were filled with something rarely seen. 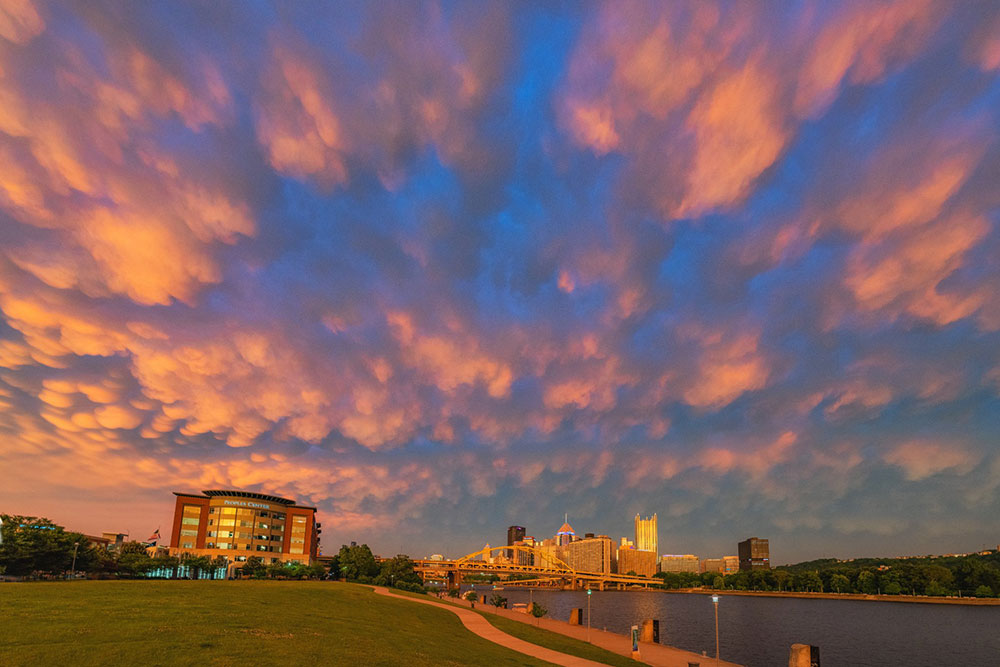 It was a rare photo op everyone could share.

And wow, did they. 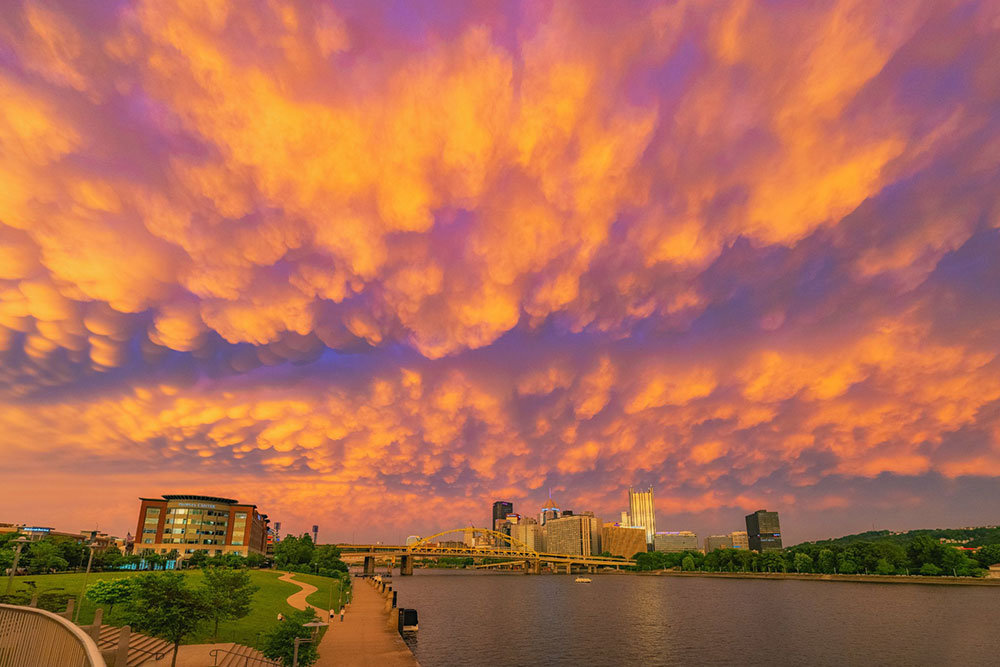 Social media pages were filled Thursday evening with pictures of clouds that looked like cotton balls filling the skies over Pittsburgh.

“That was, without a doubt, the greatest sunset I’ve ever seen. Hands down. It’s not even close,” photographer Dave DiCello exclaimed on his Facebook page. 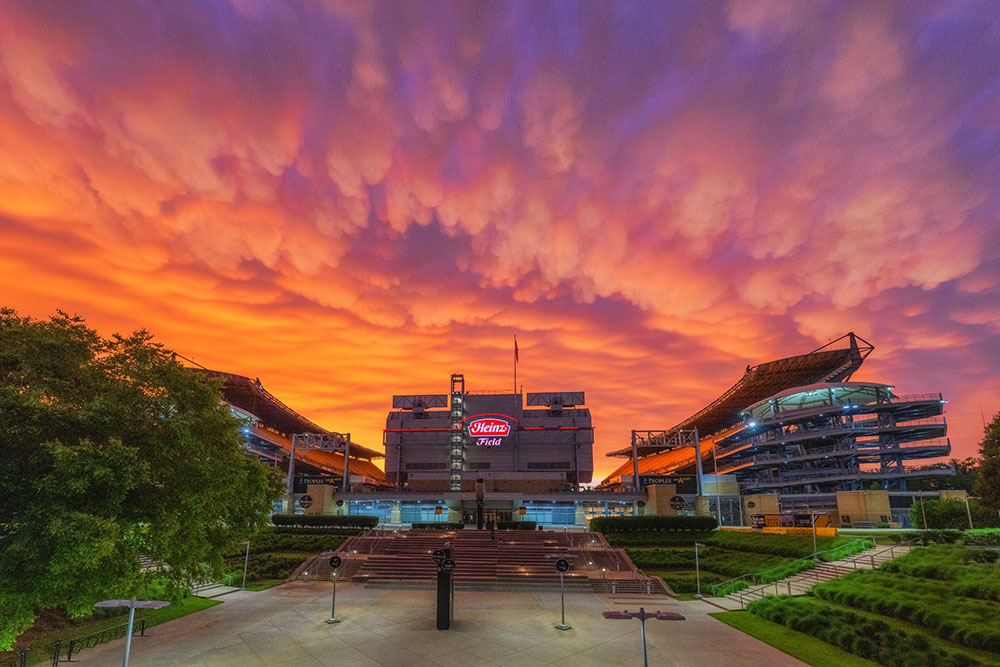 DiCello and thousands of others were looking at Mammatus clouds that form in sinking air instead of rising air. The pouch-like protrusions in the sky are primarily composed of ice that extends from the underside of clouds and can be hundreds of miles in length according to Deborah Byrd, founder of earthsky.org.

This rare event lasted about three hours and became even more spectacular when the setting sun gave the clouds an orange glow.

“We were sort of surprised to see them. They’re usually seen in the Plains states, but they do occasionally happen here.” National Weather Service meteorologist Shannon Hefferan told the The Pittsburgh Tribune-Review. 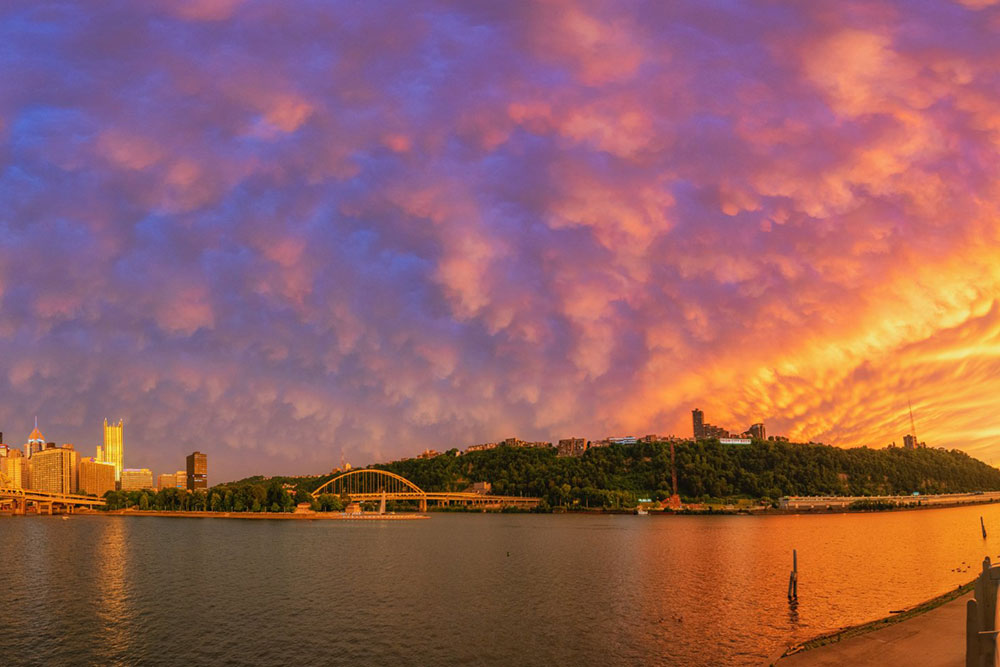 DiCello, who has taken his share of amazing pictures of the city skyline, was blown away.

“Amazing colors…Mammatus clouds…it had everything. I’m looking at the pictures on my computer, and it’s still hard to believe how incredible it was.”