Exclusive Urban Getaway: Meet You at the Club

The 34-year-old Rivers Club Downtown is undergoing an extensive renovation. 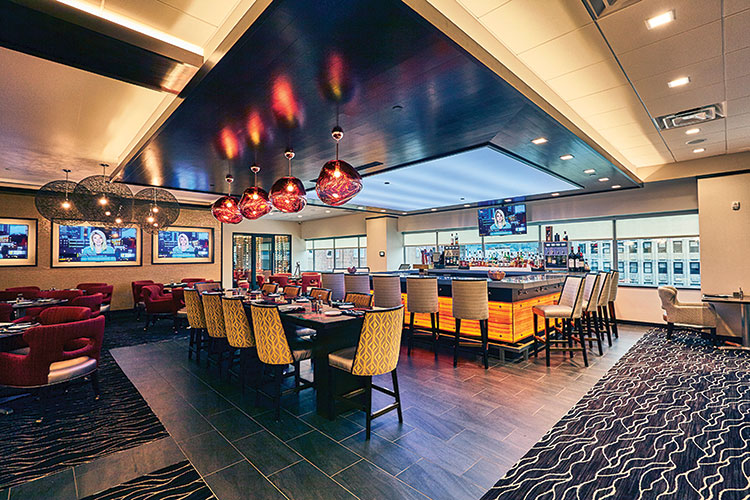 The stereotypical image of a private club is one of old-world aesthetics: smoky cigar rooms, throne-like armchairs, stuffed-shirt dining rooms.

A visit to the Rivers Club, however, couldn’t be further from that cliché.

At the Downtown club’s dining level entrance, a large e-lounge/community working space is flanked by five private “Touchdown Rooms,” where young professionals catch up on work before a meal or a workout in the club’s 58,000-square foot gym.

The new look for the 34-year-old club came in 2016 via an extensive renovation of the club’s dining level; a similar reinvention of the athletics level is underway. It’s part of an effort to evolve the concept of a private club into the modern “third place,” a space for members to relax or work other than home and the office. And it remains cool to be able to hang out in an exclusive urban getaway. (riversclub.com)