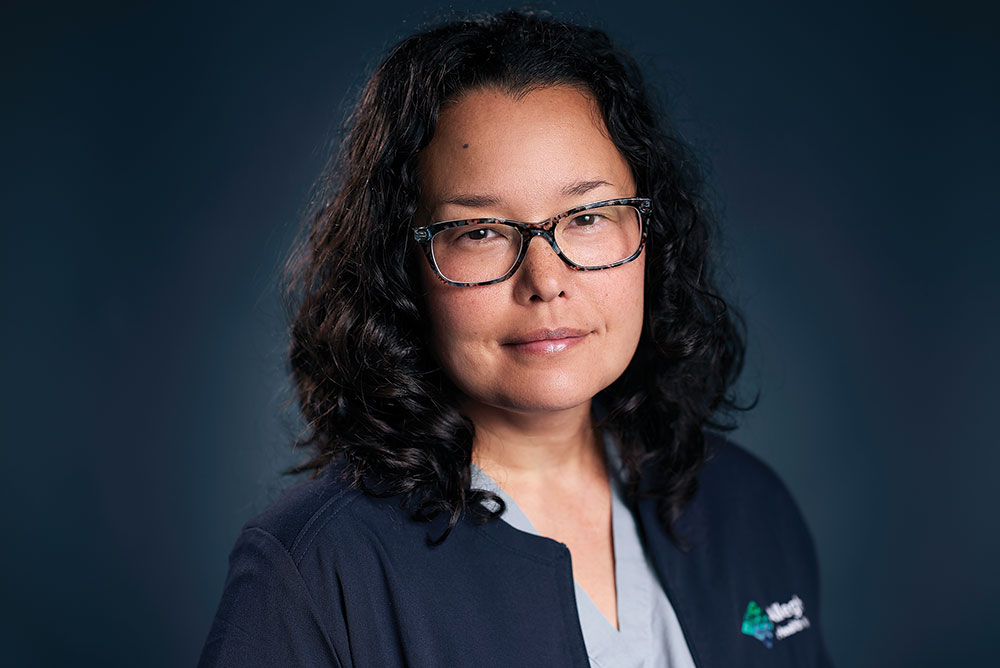 Chiyoko Franko was at her desk as a clerk at a mutual fund company when she had an epiphany. She wanted a job that would feed the part of her soul that always liked helping people — and her current job didn’t.

“I was unhappy, and it hit me like a freight train,” she says about the job she had held for 10 years. “Once you have a thought like that, it’s up to you to either do something with it, or shame on you if you don’t.”

Franko took a leap and enrolled in nursing school. A year later, she left her job to become an extern at Jefferson Hospital. She earned her RN license and over the next 10 years, worked on the respiratory care, observation and progressive cardiac care units. When a colleague asked her to become a clinical supervisor for an outpatient unit, Franko jumped again.

“Nursing is exciting and scary and fulfilling, all wrapped up together into one thing,” she says. “You never know where it’s going to take you or what’s going to happen.”

Now, Franko oversees four pre- and post-op departments as well as diagnostic imaging nursing and has made it her priority to improve communication, culture and shared resources between each of them.

In addition, Franko implemented and managed the Jefferson Hospital Monoclonal Antibody Clinic from September 2021 through February 2022, when it was no longer needed. The clinic, which served high-risk COVID patients, had a goal of reducing the number of hospitalizations within 30 days of receiving an infusion by 70%. Those infusions were 95% effective for keeping patients out of the hospital for COVID-related issues.

Today, Franko, who graduated with her master’s in nursing leadership in May, is open to whatever possibilities the field of nursing presents her, so long as she’s continuing to do the work that nourishes her soul.

“I always wonder what would’ve happened if I hadn’t taken that leap,” she says. “I look at times when I’m not sure about something and just think, ‘You’ve done this before. You know what to do. Just take that leap.’”

This article appears in the December 2022 issue of Pittsburgh Magazine.
Categories: Excellence in Nursing