Excela Health and Butler Health System Are Planning to Merge

If approved, it would create the third largest health system in the area behind UPMC and Highmark Health's Allegheny Health Network. 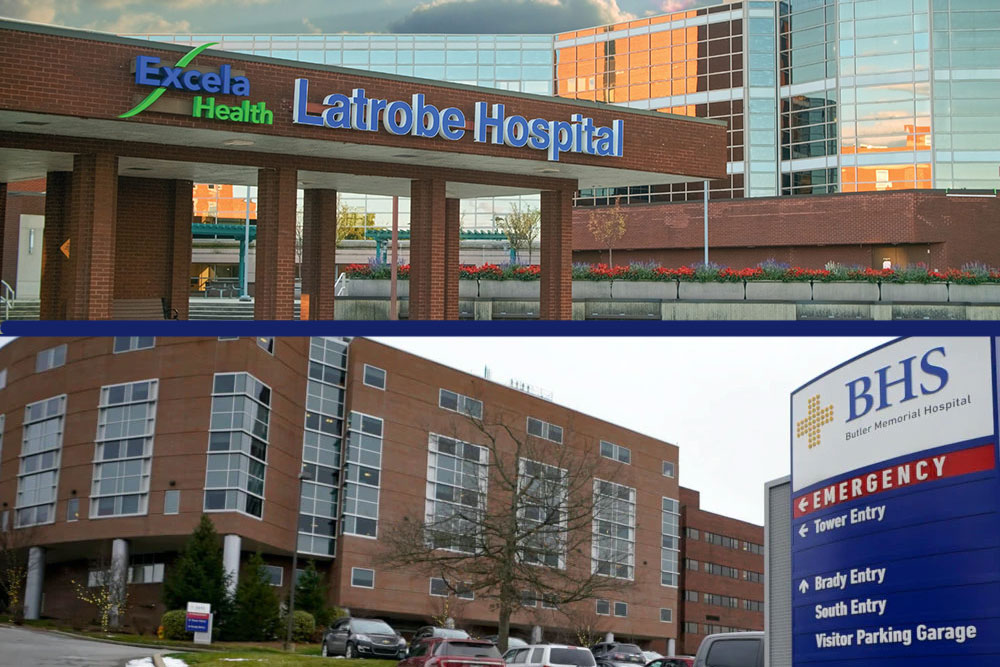 For some, Western Pennsylvania medicine may be synonymous with UPMC or Highmark but another medical powerhouse may be in the making.

Excela Health and Butler Health System signed a letter of intent this week to create a new health system, which will generate more than $1 billion in revenue. Based on revenue alone, this new health system would be the third-biggest in Western Pennsylvania, behind UPMC and Highmark Health’s Allegheny Health Network.

The new hospital system would also employ an estimated 7,300 people and have more than 1,000 physicians and practitioners that serve a population of about 750,000. The combination will support five facilities.

“We believe strongly that our new partnership will extend our intellectual and financial capital. In doing so, we can enhance access to care, decrease the cost of care and continue to focus on providing improved experiences and outcomes for patients,” said John Sphon, chief executive officer at Excela, in a press release.

It’s a sentiment shared by officials within the Butler Health System; the board chairs of both Excela and Butler have voiced “mutual enthusiasm” for the creation of the new system, writing in a statement that it offers the opportunity to “create a new paradigm of care in Western Pennsylvania.”

“The new system will provide additional services and better access to those services,” added Ken DeFurio, president and chief executive officer at Butler Health System, in the release. “We are pleased that this partnership amplifies our ability to provide tertiary care, yet remain physician-led and community focused.”

Both Sphon and DeFurio agreed that their respective organizations are culturally aligned and share a common vision on where the industry is headed.

“Our alignment on these important elements of a partnership will provide great value as we move forward,” Sphon added.

The merger comes amid a difficult time for health systems across the country — Butler and Excela included. For the three months ending March 31, Butler Health System reported an operating income loss of $8.2 million. Excela, too, reported a loss of $29.2 million for the fiscal year ending June 30, according to the Post-Gazette.

Exact details regarding the merger are still pending. Things like new leadership and a new name will be determined as plans move forward. The remaining discussions which require regulatory approval and final board approvals could take until the end of the year, officials said.