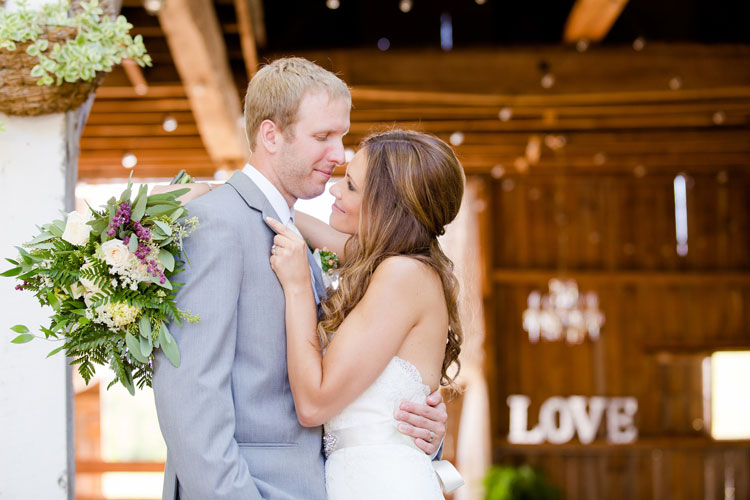 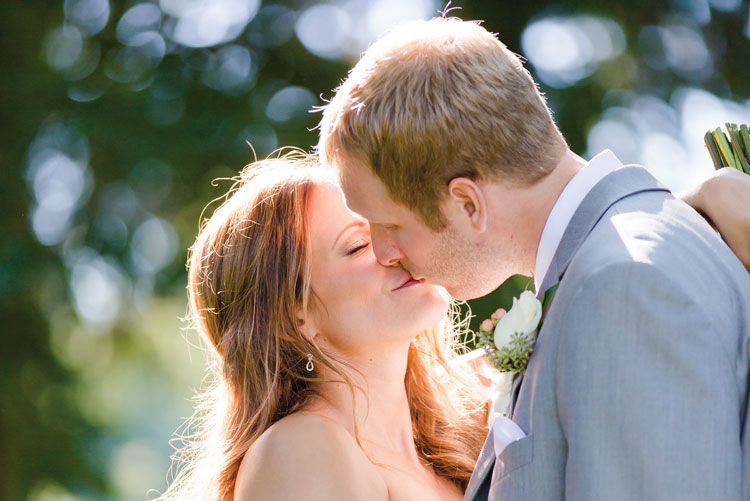 When Ryan Met Ashley
Ashley Cain’s friend Allie, who is married to Ryan Burda’s cousin, suggested the two meet for a blind date in 2012. Ryan, now 28, invited Ashley, now 32, to the Sharp Edge Brasserie in McMurray, and they hit it off right away. What did they like about each other? “Besides everything?” asks Ryan, a mechanical engineer at Westinghouse.

They were able to speak easily with no “awkward silences,” and “it was just one of those things where you immediately feel drawn to someone,” says Ashley, a nanny. “We felt really comfortable immediately with one another.” 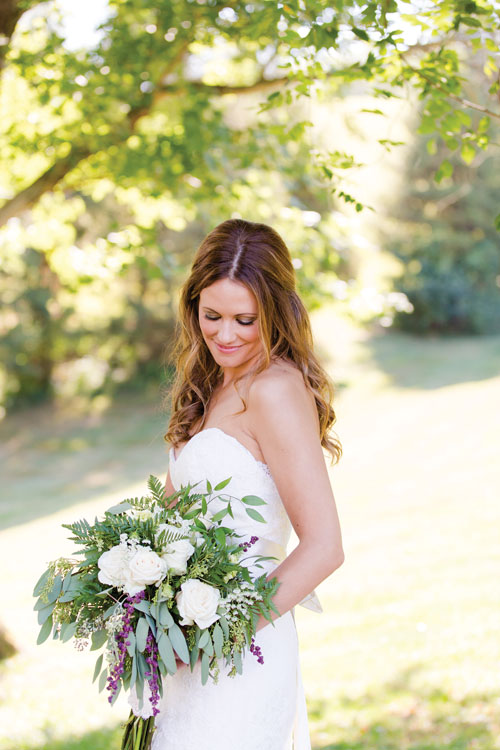 She Said Yes
Unbeknownst to Ashley, Ryan purchased a ring in spring 2014. When they would pass by a jewelry store, she would tease him and say maybe they should go in and browse. He would slyly reply: “There’s nothing in there for you.” While on vacation with Ryan’s family in the Outer Banks, North Carolina, he planned a day for them to ride Jet Skis, walk on the beach, go out to dinner and visit a lighthouse. On the shore next to the Currituck Beach Lighthouse, Ryan got down on one knee.

“We had walked around the lighthouse and around the sound, and the sun was setting,” Ashley says. “It sounds so cliché, but it was awesome.” 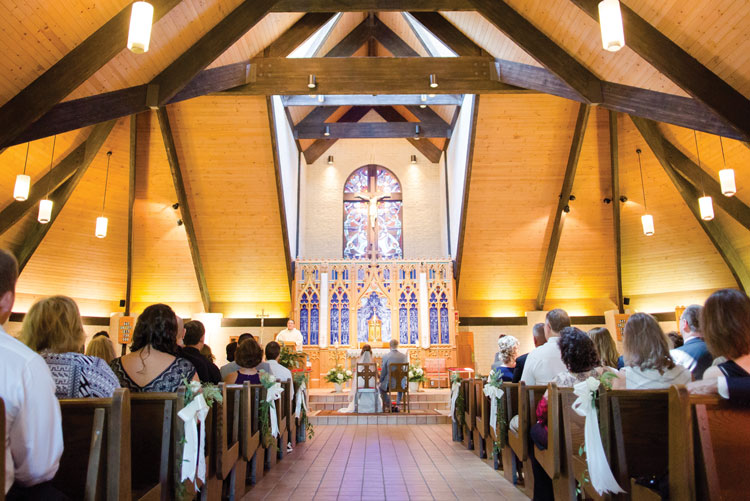 “I wasn’t super into the whole barn thing, but we went to Shady Elms, and we walked up and we just immediately fell in love,” Ashley says. They didn’t use the barn on the property; instead they held their reception under a large white tent with globe lights, flowers and candles. “We just wanted to do our own take at the venue,” Ashley says, noting she didn’t want rustic elements. “It was definitely very picturesque.”

Ashley says she wanted to incorporate something from her parents’ wedding, so her florist wrapped some of the lace from her mother’s wedding veil around the stem of Ashley’s bouquet.

In lieu of favors, the couple made donations to the American Cancer Society, the Alzheimer’s Association and Susan G. Komen, all organizations with missions that are meaningful to their families.

After a honeymoon in Riviera Maya, the two have been busy remodeling their home in Scott Township, with their 4-year-old golden retriever, Penny, by their side. 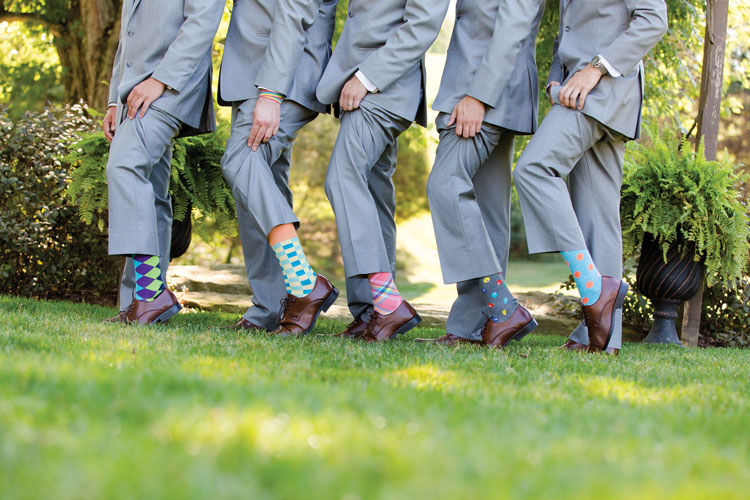