Reviews of "The Disaster Artist" and "Thelma," plus local movie news and notes. 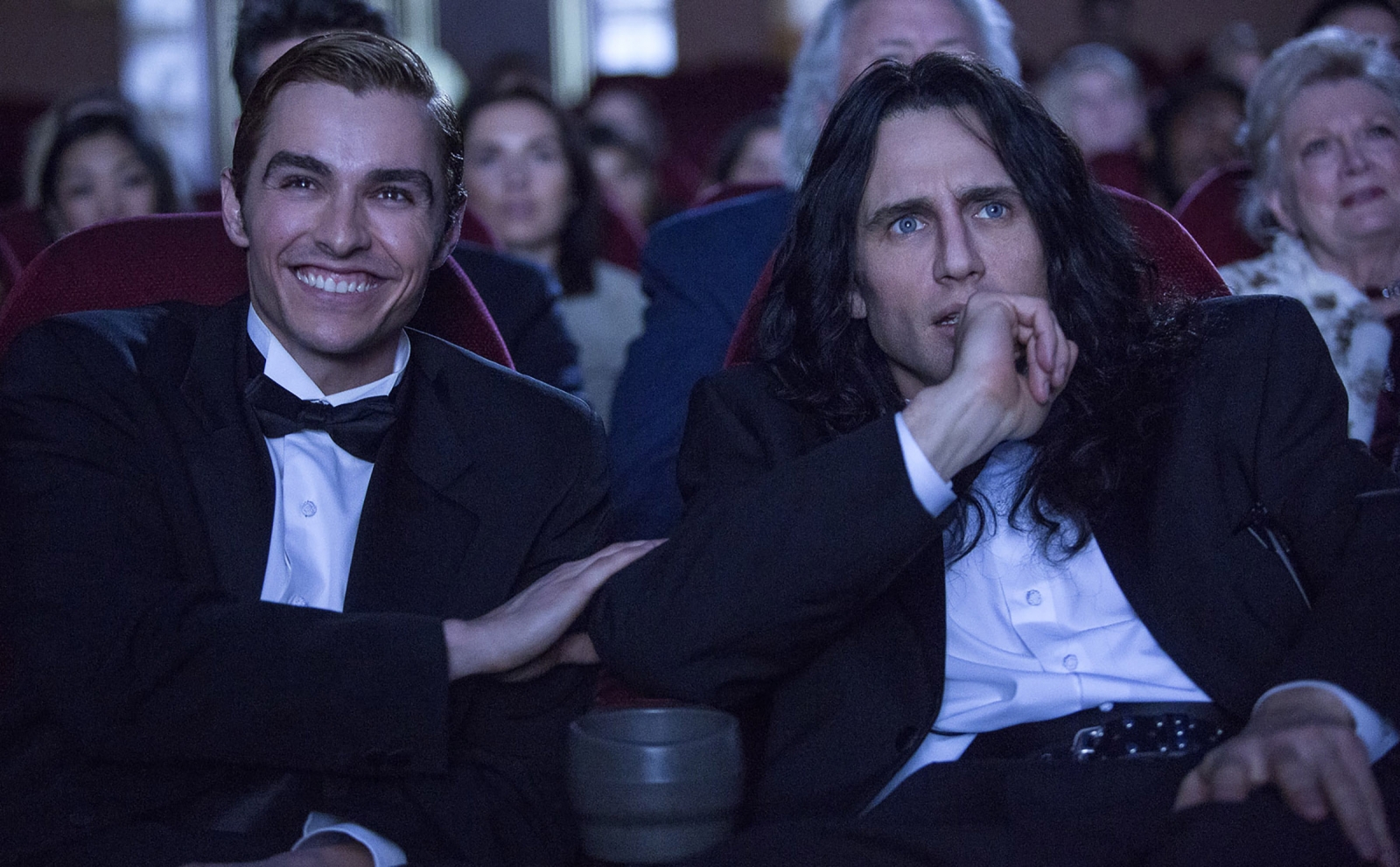 Photos by Justina Mintz. Courtesy of A24.

If you’re not familiar with “The Room,” the 2003 drama charitably described as outsider art (but honestly described as the cinematic equivalent of a train crashing into a bus that is simultaneously on fire and falling off of a cliff), there’s no way to fully capture it.

No one has come closer than writer Tom Bissell: “‘The Room’ is like a movie made by an alien who has never seen a movie, but has had movies thoroughly explained to him.”

Bissell co-wrote “The Disaster Artist” with Greg Sestero, who co-starred in “The Room.” “The Disaster Artist,” in written form, is an account of Sestero’s relationship with Tommy Wiseau, the enigmatic and intimidating writer/director/producer/star of “The Room.” The mysteries around Wiseau fill the book and could fill more; in short, no one is particularly sure where he comes from, how old he is, where his seemingly endless supply of money originates or (vitally) why he cannot seem to understand everyday human behavior and speech patterns.

The film version of “The Disaster Artist,” directed by James Franco (who also stars as Wiseau, in a flawless imitation), arrives on Pittsburgh screens today. Evaluating it is hard; I’ve seen “The Room” a dozen times, and I read the book with breathless fascination. So I come to Franco’s film both with the eagerness of an aficionado and a healthy dose of the-book-is-better skepticism.

“The Disaster Artist,” which takes liberty with the facts in the pursuit of a direct narrative, documents the unlikely friendship between Sestero (played by Dave Franco, James’ younger brother) and Wiseau, who meet in an acting class before moving to Los Angeles; frustrated by failure, they decide to make their own film.

Much of the book was indeed concerned with the curious relationship between the two; in the film, Sestero is charmed by Wiseau’s uncanny confidence while Wiseau is happy just to have someone around who doesn’t laugh him off. That’s a fairly solid basis for the movie’s actual mission — recreating the bizarre, hilarious and incompetent filming of “The Room” — but it does feel a little perfunctory.

“The Disaster Artist” is produced by Seth Rogen (who co-stars) and Evan Goldberg, among others. That’s notable because nearly every movie produced by this team — many involving one or more Francos — are fundamentally about male friendship; “Superbad,” “Pineapple Express,” “50/50,” “This is the End,” “Neighbors,” “The Night Before,” even “The Interview.” All of these movies have explored this territory — so why, despite the morbidly fascinating subject that is Tommy Wiseau, are we treading the same ground again?

This repetitive theme doesn’t sink “The Disaster Artist,” because the subject matter is just so ridiculous — and Franco’s performance is so perfect and dedicated — that the movie can’t help but be a breezy, good time. It may not be more than a curiosity (but a pleasant one) if you haven’t seen “The Room,” but if you have been indoctrinated into that cult of hilarious failure, you’ll laugh along from beginning to end.

The vagaries of the December release schedule left last Friday without any new, wide releases to speak of (a trend that will change later in the month; there’s a flood of prestige pics waiting for the coming “Star Wars” tsunami to clear). But a thriller deserving of more attention opened last week at the Harris Theater (and will stick around through the 14th).

“Thelma,” from Norwegian filmmaker Joachim Trier, stars Eili Harboe as a sheltered young woman attempting to make her way through college. She keeps to herself and is bereft of friendship; loneliness is staved off by her invasive, prying parents, who check up on every class and meal via phone. When Thelma starts experiencing unexplainable seizures — some accompanied by bizarre circumstances nearby — the mystery sets in.

With the spirit of “Carrie” and the tone of recent suspense flicks such as “Girl on the Train,” “Thelma” is a compelling and captivating piece of dark filmmaking (and an outside contender for a Best Foreign Language Film nom at the Oscars). There are plenty of great movies to catch up with this month, but “Thelma” should not be overlooked.

The Montage: Speaking of the Pittsburgh Filmmakers cinemas, they’re one of the last places in town still capable of projecting actual film (rather than digital images). At the Melwood Screening Room, they’re showing “Porto,” featuring the late Anton Yelchin in one of his final roles, in 35mm … A celebration of Studio Ghibli continues for another week at Row House Cinema, including “Spirited Away,” “Princess Mononoke,” recent Oscar nominee “The Wind Rises” and more … The documentary “Bill Nye: Science Guy” runs this week at the Hollywood Theater … ’Tis the season indeed at AMC Waterfront 22, where the classic movie series will include “It’s a Wonderful Life,” “White Christmas” and “National Lampoon’s Christmas Vacation” in upcoming weeks … Finally, a programming note: A review of “Star Wars: The Last Jedi” will indeed appear in this space, but on Wednesday rather than Friday. Check back here next week so that I can confirm the movie is good, as if you had any doubt.