In an NFL rarity, brothers Trey, Terrell and Tremaine Edmunds are poised to celebrate Sunday Night Football in Pittsburgh by all appearing in the Steelers-Bills showdown. 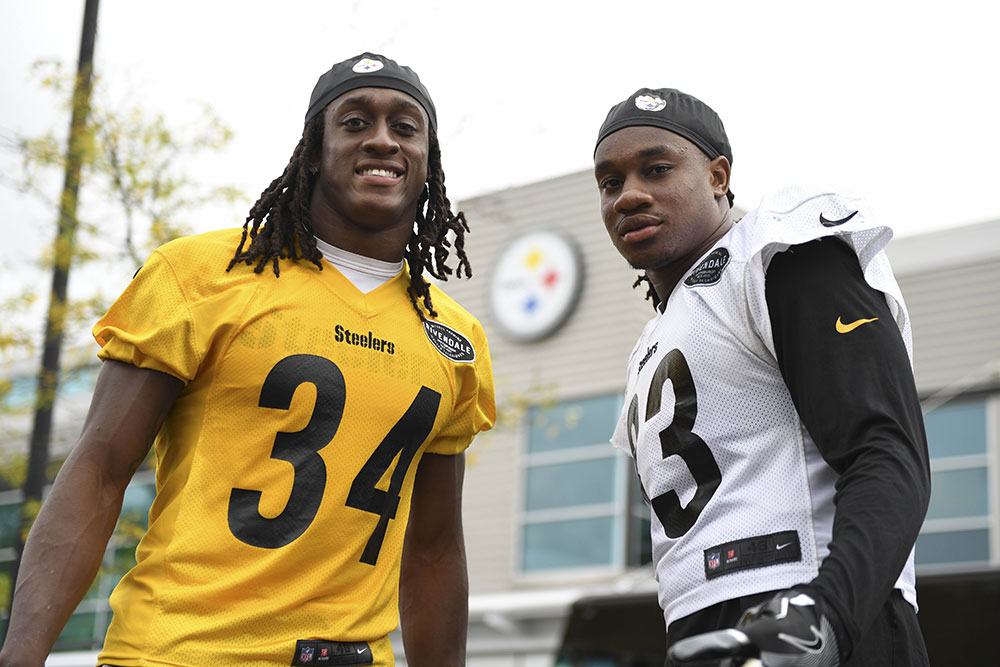 It’s a critical game for the Steelers and the Bills; December showdowns with profound playoff ramifications for both teams always are.

But this one is different.

This one, more than anything else, is about brotherly love, the likes of which – potentially – the NFL hasn’t seen in 92 years.

Steelers safety Terrell Edmunds and Bills linebacker Tremaine Edmunds will play professionally against one another for the first time on Sunday night at Heinz Field. Should they be joined by Steelers running back Trey Edmunds (he’s appeared in the last eight games after being promoted from the practice squad), it’ll be the first time three brothers share an NFL field since Joe, Cobb and Bill Rooney played for the Duluth Eskimos in 1927.

He entered the NFL as an undrafted free agent with New Orleans in 2017, and has played in a combined 28 games over the last three seasons with the Steelers and the Saints.

But Trey is still big brother, and as that he’s still looking out for Terrell and Tremaine.

“Any big brother in here, whether it’s to a brother or a sister, any big brother will say that,” Trey insisted. “It’s just a responsibility. You grow up doing it and even when everyone gets grown, it doesn’t change. 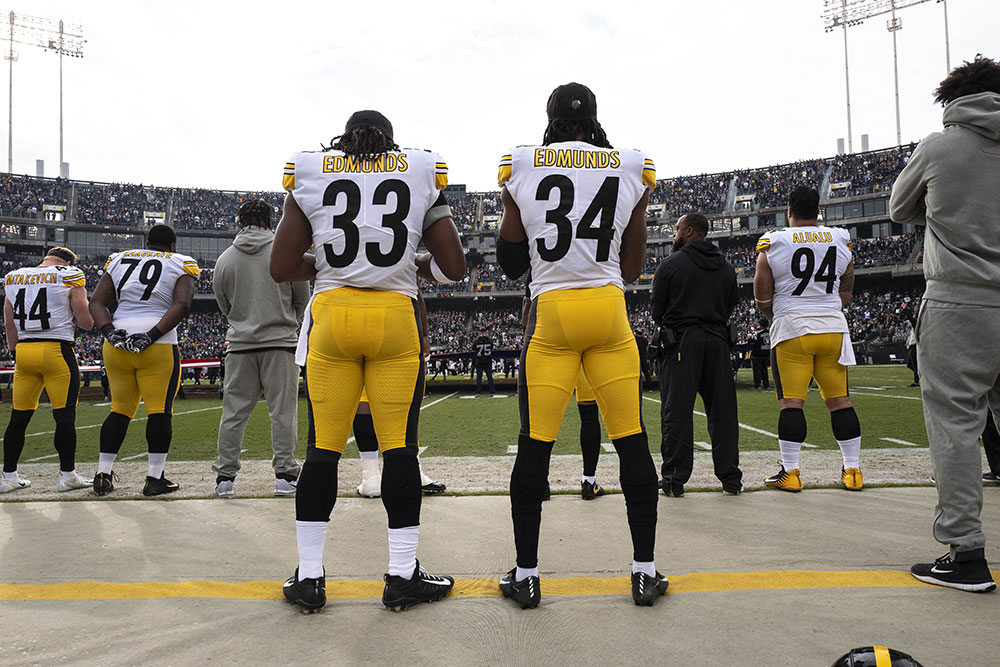 The brothers grew up close and have remained that way.

So much so that they plan to get together on Saturday night even though they’ll be on opposite sidelines (actually, Terrell and Trey won’t, but you get the idea) on Sunday.

“Absolutely,” Trey said. “We talk every day, about football, about life, about other stuff, about fun. It’s not just strictly business all the time. Nothing’s gonna change this week because we play each other. It may be a little more, ‘OK, we’ll see what you got this Sunday,’ that type of talk. But as far as the conversation, if we’d ignore him or anything like that, none of that’s gonna happen.

“We definitely plan on getting together, him, my parents, some of my family members, we’ll all get together, go out to eat or something like that, nothing’s gonna change.”

The Steelers have already experienced the NFL’s version of sibling rivalry this season, when linebacker T.J. Watt visited fullback Derek Watt and the Chargers on Oct. 13 in Los Angeles (center Maurkice Pouncey’s twin brother Mike didn’t play for the Chargers due to injury).

But since linebacker J.J. Watt plays for the Texans, getting three Watts on the same field at the same time isn’t an option.

It’s on the verge of becoming a reality for the Edmunds clan, for a trio of brothers who were raised on faith, football and family.

Their father, former NFL tight end Ferrell Edmunds, and their mother Felicia Edmunds, a track star in college, saw to that.

“Their parenting skills put us in this position by how we were raised, the values, the principles we live by, our work ethic, things like that,” Trey said. “A lot of sacrifices were made along the way, a lot of early mornings and a lot of late nights, just working, working, working trying to get to this point.

“They laid out the blueprint and we followed.”

That’s why mom and dad will be the biggest winners on Sunday night, whether it’s the Steelers’ or the Bills’ prospects to make the playoffs that take a turn for the better or the worse.

“They’ll find a way to enjoy it,” Trey said. “They really can’t lose, so if they’re stressing more than us, then, hey, I don’t really know what to tell them.

At or about the time that’s happening, the Edmunds brothers intend to execute a three-way jersey swap, win, lose or draw.

“It’s gonna be neat,” Trey maintained. “I don’t think I’ve ever seen it done like that before, but it’s gonna be something.”