After a close friend died at age 50, our feature on Golden Anniversaries took on a different perspective for me. 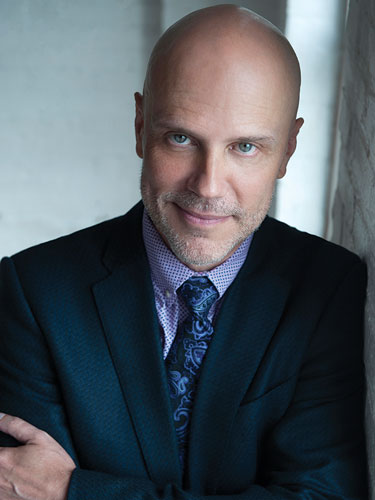 Someone who was once very close to me died this spring. Mark was only 50 years old but had been battling pancreatic cancer. I saw him when he was in remission, and while I knew he faced a tremendous challenge, I still hoped that somehow he would beat the odds. Given that our friendship had waned over the years, the news of his death hit me harder than I expected.

In getting ready to host friends at my home the weekend after Mark died, I found myself taking out and washing a large ceramic bowl I hadn’t used in years because I thought would be perfect for the gathering. Then it dawned on me: The bowl had been a gift from Mark because he saw me admiring it at the Three Rivers Arts Festival.

I looked around my home, and there were reminders of Mark everywhere. I took time to appreciate them all as my way of appreciating him. Despite what I had thought, Mark wasn’t a part of my past; he was a part of my present. The bicycle that I haven’t ridden in years I bought so Mark and I could ride together — even though the first time out I almost crashed when the handlebars came undone. Since I couldn’t ride, Mark walked his own bike alongside mine as we trekked back to the bike shop.

People come into our lives for a reason, and it’s up to us to make the most of the time, even when it’s all too brief.

Whether someone is a good influence, a bad one or a mixed bag, they become part of us forever.

After Mark died at age 50, our feature on Golden Anniversaries took on a different perspective for me. The idea was sparked by Pittsburgh Magazine’s 50th birthday; looking at other noteworthy events from 1969 seemed like synergy. Reading the feature, you will discover how our country, our city and our individual lives were influenced by what took place five decades ago.

Now I see even more strongly that aside from the historic events that change our lives, it’s the people who matter. Mark didn’t save PBS like Fred Rogers did or bring the Steelers to greatness like Chuck Noll did. But he made a difference in the lives of everyone who was lucky enough to have known him.

So, I’m going to dust off my bike, pump up the tires and take a ride, wishing the whole time that Mark was riding beside me — and knowing that in some ways he always will be.

Zandy Dudiak, who wrote Perspectives this month, works in nonprofit communications and as a freelance writer in Pittsburgh. She and Ed Adams co-authored “Dying to Eat: Confessions of a Food Addict,” published in January. She is also the author of “Remembering Monroeville: From Frontier to Boomtown” and maintains a blog about the 1977 kidnap-murder of a Wilkinsburg schoolgirl, “One Day in November: Who Killed Beth Barr?”

Frequent contributor MARK HOUSER has written about Downtown redevelopment, tech entrepreneurs and the new medical marijuana system. The director of news and information at Robert Morris University and a former investigative reporter for the Pittsburgh Tribune-Review, he has traveled from San Francisco to Siberia but remains fiercely proud of his Pittsburgh roots. This month, he penned our Golden Anniversaries feature story.

Renee Rabenold, who shot “Wooden Wonder” this month, is a performer, director and photographer. Rabenold produces and improvises in “Your Life: The Musical” and is part of long-running improv group Irony City, both of which can be seen at Arcade Comedy Theater. She is the co-founder of Vigilance Theater Group. Her other creative endeavors include improv coaching, directing sketch comedy and her one-woman puppet improv show, Group Hug.

This article appears in the August 2019 issue of Pittsburgh Magazine.
Categories: Editor