Carnegie Mellon University’s UDream program is a magnet that draws young minority architects and urban planners from around the country to settle and work in Pittsburgh. 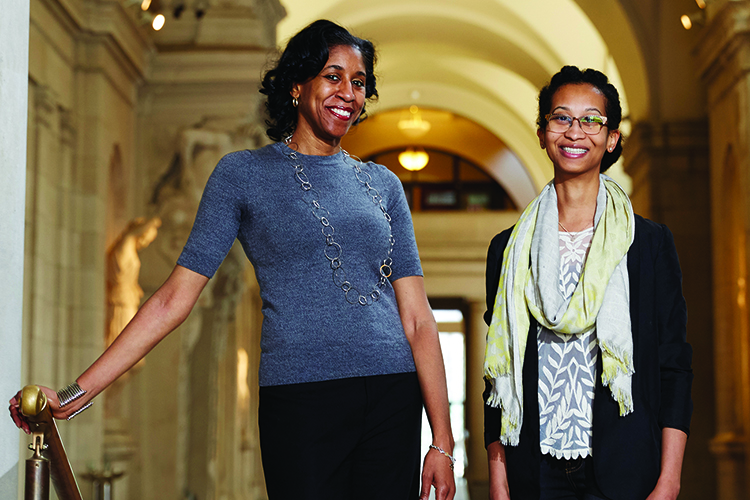 Mary Taylor’s nerves jangled as she looked around the church basement in Beltzhoover, where 20 skeptical residents gathered around folding tables, watching her expectantly. The 23-year-old had finished her masters degree in architecture and settled in Pittsburgh a few months earlier. Now as an intern with the Urban Redevelopment Authority of Pittsburgh, she was bringing the message to Beltzhoover residents that no, really, the URA was committed to helping them and their beleaguered neighborhood — and wanted their ideas. What are the assets and values of the neighborhood, she asked? “What would you like to see happen?”

Taylor’s presence in Beltzhoover was a bit of a surprise, considering that before graduate school she’d never been to western Pennsylvania — raised in Ann Arbor, Mich., she graduated from Hampton University in Virginia. She was drawn to Pittsburgh by UDream, an innovative program at the Carnegie Mellon University School of Architecture and its Remaking Cities Institute.

Founded in 2009 with funding from The Heinz Endowments, UDream seeks to attract the best and brightest of minorities with recent degrees in architecture, landscape architecture and urban planning. After a five-week bootcamp and a one-week program teaching architecture to high-school students, 10 UDreamers intern at top local architecture firms and urban planning groups. The goal: To not just diversify Pittsburgh’s planning community but to help build a critical mass of minority, young urban professionals in the city. “If you put together people from different backgrounds,” says Erica Cochran, UDream director and a CMU assistant professor, “you’re going to come up with interesting solutions.”

Increasing the diversity of architects and builders is not just a good business idea — research shows diverse companies perform better financially — but a moral one. Training such a cadre can help to build bridges to minority neighborhoods, which have suffered through short-sighted urban planning decisions, such as wiping out the Lower Hill District and destroying a thriving commercial core in East Liberty. “If people have been getting the short end of the stick, they’re going to be defensive,” Taylor says. “We won’t ever right the wrongs of the past, but how do you lay a better foundation for moving forward?”

Cochran sells students on Pittsburgh by immersing them in city life; they attend social and networking events with the planning community, watch movies in Schenley Park and take a road trip to Frank Lloyd Wright’s iconic Fallingwater.

After seven years, around 35 UDreamers are working with private and public organizations such as Desmone Architects, evolveEA, Pfaffman & Associates, Massaro Corporation and the city of Pittsburgh; Taylor now is a Real Estate and Placemaking fellow with Neighborhood Allies, a community development nonprofit. UDream has received national recognition from the American Institute of Architects, while graduates have helped to form a local chapter of the National Organization of Minority Architects. CMU and The Heinz Endowments continue to invest in the program and now offer two scholarships to CMU’s architecture graduate school, as well as a fellowship to work at an area nonprofit.

“By the time they’re done, hopefully we’ve instilled a love for the city, a love for grad school and a love for the work,” Cochran says. “It’s more than just designing and community planning — they’re investing in the people of Pittsburgh.”

This article appears in the April 2016 issue of Pittsburgh Magazine.
Categories: Community Feature