The latest outpost of the small, Wexford-born chain isn't flashy, but offers good beer and grub. 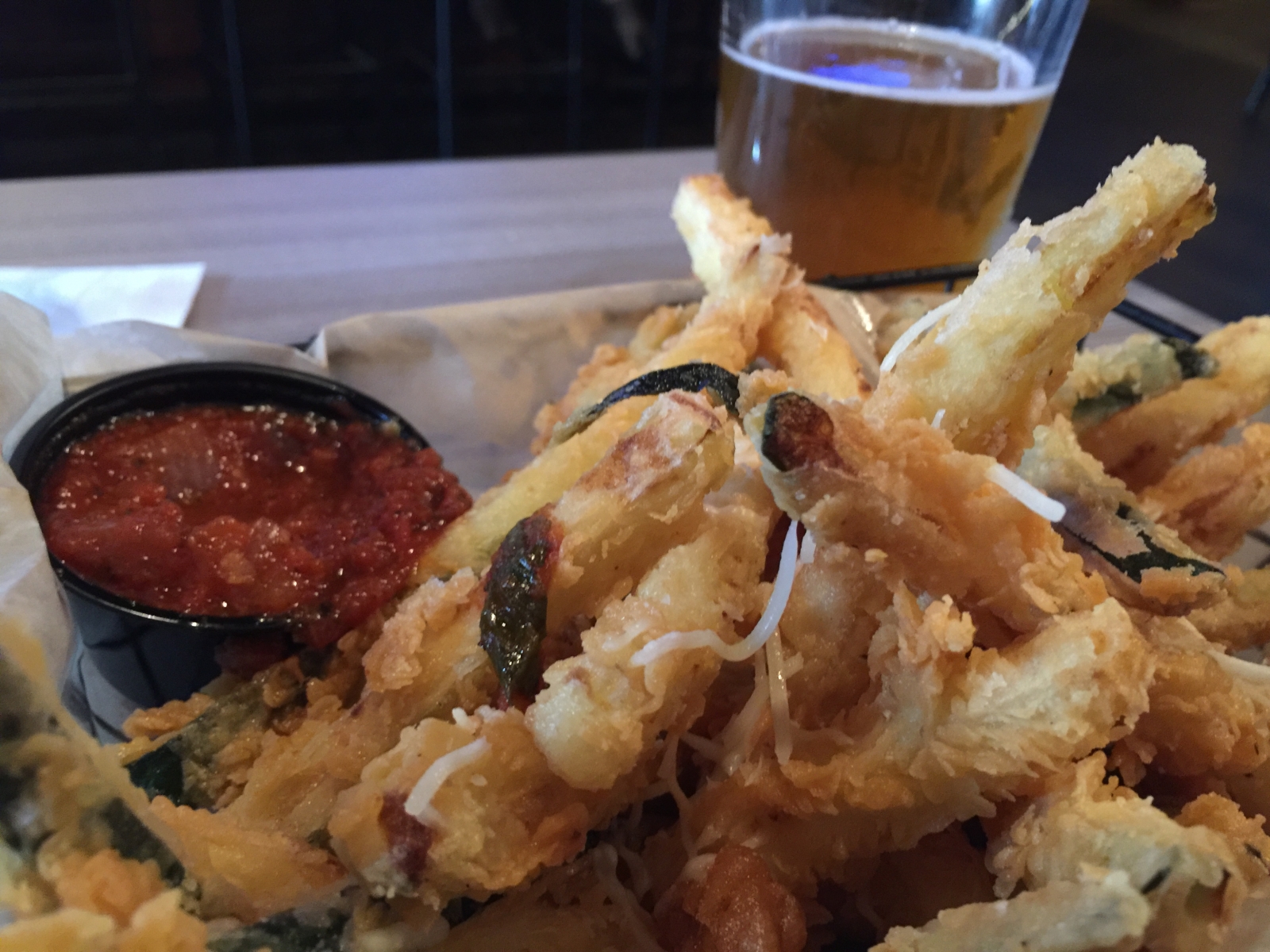 I have a soft spot for Dive Bar & Grille, the four-outpost local chain born in Wexford (but popularized via its spot on Butler Street in Lawrenceville). My fondness began when I noted that they have two distinct sandwiches named for World Wrestling Federation Champions of the early 1990s.

Which is a remarkably easy way to impress me. Honestly, here’s some free advice for aspiring bar owners: If you’re going to invite me to evaluate your joint for this blog, just print up new menus with wrestling names on them, solely for my amusement. It can’t fail. I’ll walk in, I’ll sit down, I’ll think to myself, “A flatbread named for The Big Boss Man? This place is great!”

Anyway: the grappling sandwiches caught my attention, but my devotion was solidified years later while settling in for brunch at the Lawrenceville location. A server approached, took drink orders and uttered perhaps the single best sentence I’ve ever heard:

“And can I bring a funnel cake for the table?”

Yes. Yes you can. Always.

So I was eager to check out Dive’s latest location, near the Birmingham Bridge on East Carson Street. This third chapter takes over the space formerly occupied by Coppertops — a bar which I totally intended to visit and write about at some point (sorry, Coppertops) — and expands into a two-floor setup with ample seating.

Ample seating, by the way, is no small feat on East Carson Street. With plenty of bars in the neighborhood with no more than a few stools and a lot of territory for weekend meandering — we used to call these dance floors, now they’re more like mingle plateaus — knowing that I can probably get an actual seat at Dive most of the time is valuable knowledge.

Beer is the focus at the bar, and the reasonable 24-tap lineup at Dive features a smart selection, including locals from the likes of Draai Laag, Arsenal and East End. They also push beyond the expected craft labels; yes, Bell’s, Victory and Dogfish Head are here, but so are Rusty Rail and Pizza Boy Brewing. (I enjoyed a blonde from Rusty Rail, which was perfect for a spring afternoon.)

And despite the presence of its popular “I Hate Vegetables Bowls” — basically, salad where the lettuce is replaced with fries — Dive remains a place where I can grab bar food that feels indulgent without making me full for the next fortnight. I tried the zucchini fries — quite good, but plan to share — alongside a great ahi-tuna wrap. Don’t let my vague show of health consciousness fool you, though; there’s plenty of starchy excess on the menu, too.

I’m not sure this Dive has found its identity yet beyond the menu; while the Lawrenceville location has character, this place still feels like a tenant in the space. Nevertheless, Dive stands above the Carson average, worth your time for a meal and drinks when you find yourself on that side of the river.