Dismissing Pitt Early This Season was the Wrong Call

The Panthers’ rise from embarrassment to the ACC Championship was inspiring. It was also a lesson to those quick to jump off a bandwagon. Those inclined to do so risk missing a hell of a ride. 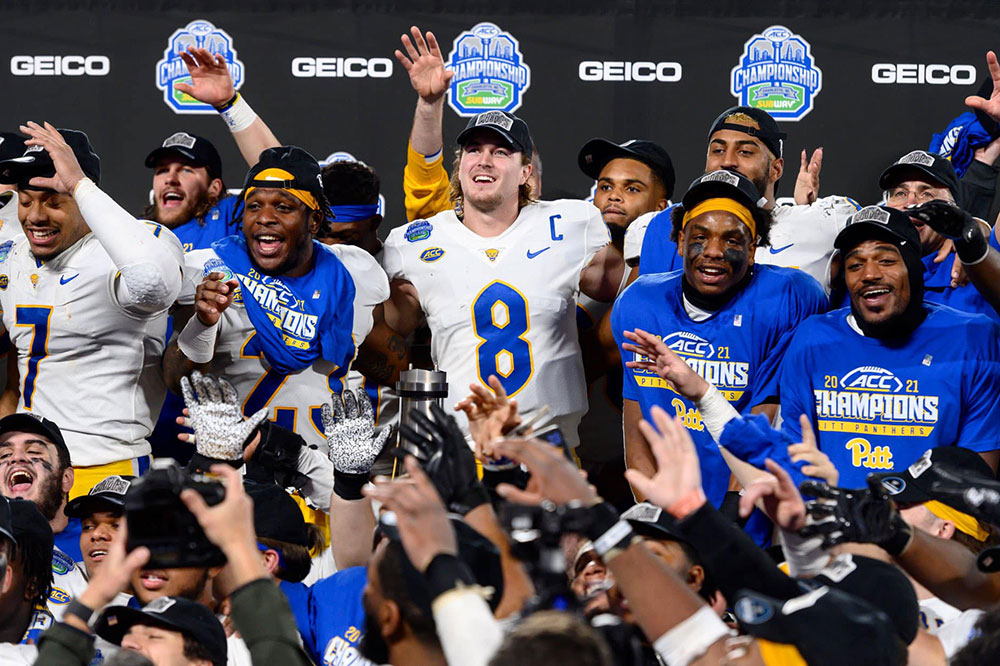 It turned out to be one of the more rewarding and accomplished seasons in Pitt football history, but unless you stuck around until the end you missed it.

There’s a message in there somewhere about the value of perseverance.

And, on occasion, maintaining as much patience as it takes.

No one was envisioning an ACC Championship for the Panthers or a Heisman Trophy for quarterback Kenny Pickett when Pitt was stunned by Western Michigan, 44-41, back on Sept. 18 at Heinz Field.

The Mid-American Conference representative embarrassed the Panthers and head coach Pat Narduzzi, who was hired by Pitt in the first place because of his defensive expertise, by gaining 517 total net yards and possessing the ball for 40:15.

Fresh from an impressive victory at Tennessee and riding the momentum of a 2-0 start, the Panthers buckled.

And once that happened, they were dismissed by many.

“Given a chance to change the national perception of the program, Pitt collapsed,” the Associated Press concluded. “Again.”

Another stumble on Oct. 30 against Miami, this one with Pitt in possession of a No. 17 national ranking, seemingly confirmed little had changed in this, Narduzzi’s seventh season. Although much better in the second half, the 31 first-half points hemorrhaged by the defense in the first two quarters turned out to be a deal-breaker in a 38-34 setback.

For the second time in as many months, the season was scuttled.

Except for this time, it wasn’t.

Pickett kept throwing it, wide receiver Jordan Addison kept catching it and the defense, at long last, caught on.

What became a critical overtime win over North Carolina on Nov. 11 was saved by a goal-line stand at the end of regulation.

And what became Pitt’s coronation in the ACC Championship Game last Saturday night in Charlotte was punctuated by the defense.

The Panthers allowed three touchdowns the first three times Wake Forest got its hands on the ball with the ACC Trophy at stake.

How’s that national perception looking at No. 12?

The Pitt team that earned a date with No. 10 Michigan State in the Peach Bowl turned out to be less than a juggernaut but a hell of a lot of fun to watch.

Subsequent developments such as the offensive coordinator leaving for Nebraska and Pickett reconsidering whether he’ll play against the Spartans affect the Peach Bowl but not what Pitt achieved this season.

Pickett and the offense were combustible (fake slides weren’t a prerequisite for lighting up scoreboards).

And the defense became relentless in its assault of the other team’s quarterback.

You can win a lot of games that way.

If the 12-team playoff we’re all waiting on were in place today, Pitt would be not just a participant but a player.

As it is, the Panthers have become a team to be celebrated.

It took awhile but Pitt got there, eventually.

The Panthers got there by getting better, which you’re allowed to do as a season progresses.

Those that afforded them the opportunity to do so ought to be enjoying this more than most.