The event, taking place in September, features screenings of a number of award-winning independent films that explore the experiences of living with mental and physical disabilities. 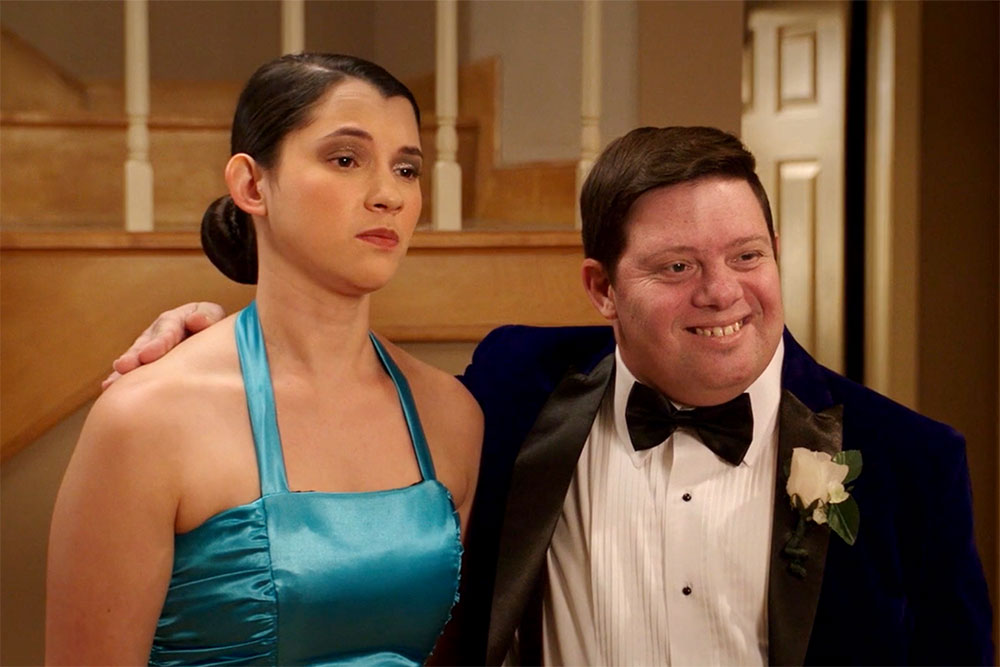 After taking place online last year because of the COVID-19 pandemic, the ReelAbilities Pittsburgh film festival promoting a greater understanding of diversity in the disability community is back in person for 2021.

Hosted at the Carnegie Museum of Art from Sept. 8-12, the event features screenings of a number of award-winning independent films that explore the experiences of living with mental and physical disabilities.

Exhibitions by disabled artists also will be on display at the museum, and visitors will have the chance to attend post-film discussions and receptions.

The festival lineup features four feature-length films and six short films, including a local connection with the film “Crutch” — a documentary about Pittsburgh street performer and skater Bill Shannon, who lives with Legg-Calvé-Perthes disease. The other full-length films selected are a Venezuelan film about an artist with Down syndrome (“The Special”), a musical love story set in high school that features many disabled actors (“Best Summer Ever”), and a documentary about a health justice activist with ALS (“Not Going Quietly”).

For those unable to make it in person, two of this year’s films will be offered virtually Sept. 9-12; The documentary “Re-Inventing The Wheel” depicts “a vibrant community of active adventure-seeking wheelchair users who are game for almost anything” and “Chen Chen” is a shorter narrative feature about cerebral palsy.

Independent film group Film Pittsburgh, which also organizes the Three Rivers Film Festival and Pittsburgh Shorts, chose ReelAbilities Pittsburgh as one of the festivals to return for in-person events this year. Although they are planning for an in-person event, the Film Pittsburgh team says they are prepared to pivot should the CDC’s COVID guidelines or state mandates change. Team members also will wear masks indoors.

“We are still very hopeful that we’ll be able to be in person. But we certainly know how to do it virtually if we have to,” says Kathryn Spitz Cohan, executive director of Film Pittsburgh.

While film is an art form that easily lends itself to a virtual model, Spitz Cohan adds the empathy formed through the common experience of attending a film screening cannot be replicated, especially when it comes to a festival such as ReelAbilities.

“There’s nothing like sitting in a theater with other people, watching the same content and hearing people respond,” she says.

Spitz Cohan says the Carnegie Museum of Art was chosen as the festival venue because of its accessibility to disabled guests, a priority for organizers. The event’s main screenings will be followed by a post-film program — either a live director Q&A session or a panel discussion. Screenings will generally consist of a single full-length feature film, although one night there will be a showing of six short films. There will a reception each night, which Spitz Cohan says will “give people a chance to mingle in a safe environment, whether you have a disability or not … and I think that’s not often the case”

The Richard Meritzer Award, honoring a local organization or individual that has made great strides in accessibility work, will be presented on the fourth night of the festival. This year’s awardee is Josie Badger, who manages the United Way of Southwestern Pennsylvania’s #Iwanttowork campaign.

Spitz Cohan says films chosen for ReelAbilities Pittsburgh go through an intensive curation process involving rounds of critiques by volunteer film previewers and the Film Pittsburgh programming team. The previewers are also mindful the films represent a true range of the disability experience, taking special care to spotlight female directors and directors of all nationalities.

“What we’ve learned doing ReelAbilities all these years is that people really don’t know what living with a disability is like unless they have one … film is just a really good way to educate people,” says Spitz Cohan.

Her hope is that the films help people grow their understanding of what it is like to live with a disability, and also emphasize the universality of the human experience.

“[ReelAbilities] really just shows that we’re all more alike than we are different,” she says. “People with disabilities still have the same desires that everybody has. People want to work, people want to have good times with their family, people want to be in relationships.”