There are plenty of differences between the governments of Pennsylvania and Ohio. That shouldn’t have prevented a coordinated approach to vaccine distribution. 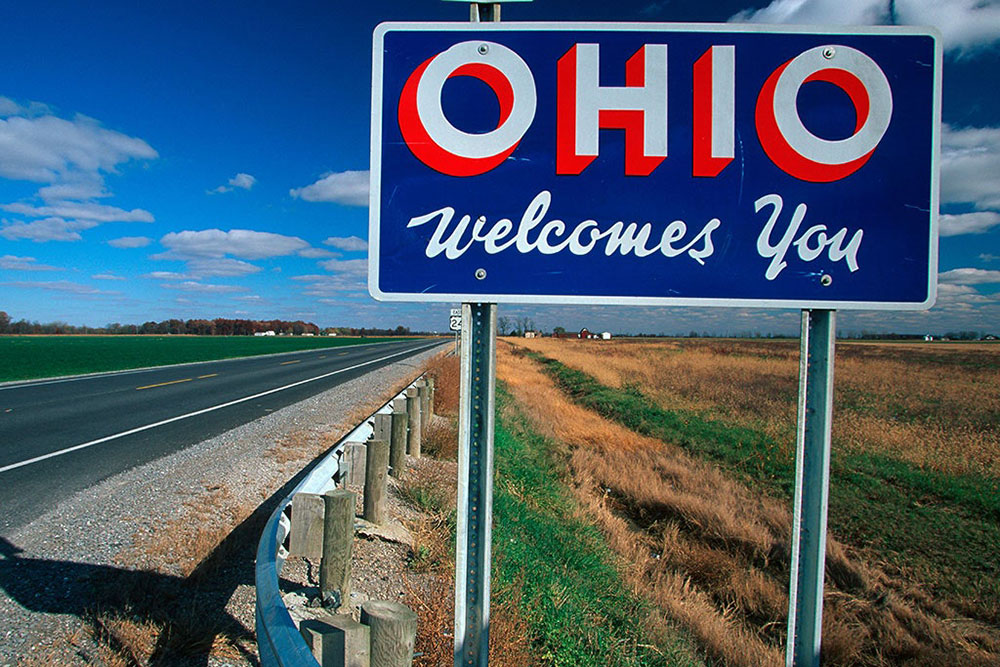 There has been a marked increase in Ohio tourism, specifically, to the small towns just over the state line — though most of the economic impact is being felt in pharmacies.

Pennsylvania and its neighbor to the immediate west — or near-immediate west, depending on whether you pass through the West Virginia panhandle — have diverged in their vaccine-distribution strategy. Ohio announced that all people 16 and over could make appointments for a COVID-19 vaccine on March 29; at the time, Pennsylvania was still sticking with May 1 as the date for universal eligibility. (It has since been announced that the date is moving up to April 19.)

Ohio, furthermore, has not required that the vaccines distributed to its hospitals and pharmacies exclusively make it into the arms of Ohioans. That means that, depending on rules set by individual health systems and pharmacy chains, folks from other states — like ours — can now make and receive a COVID-19 vaccine in Ohio.

I can confirm this is true, as I can name at least a dozen people in my immediate circle who were inoculated in the Buckeye State. Apparently, word got out fast — and the Rite-Aids of eastern Ohio had plenty of shots to go around.

Let me be clear: I think it’s great that industrious Pennsylvanians got vaccinated over the border, as the impetus right now is on getting as many people vaccinated as quickly as possible (particularly with cases experiencing a rapid rise). I also think it’s good news that Ohio expanded eligibility; we’ve all heard anecdotal tales of hospitals wasting vaccines because they didn’t have enough appointments. That should never happen, yet it does — making it an imperative that any entity with vaccines accept as many people as possible.

I also believe it’s utterly ridiculous that this had to happen. And the blame for these unnecessary pilgrimages lies squarely on Harrisburg.

I’ve been reluctant to complain about Pennsylvania’s response to the pandemic, as I generally think it has been reasonable; I’m very relieved to live in a state where the governor has never thrown caution to the wind. But the slow, tentative rollout of vaccines we’ve experienced has been disappointing — particularly in a state soaked with robust, powerful health systems.

I know that the slow distribution did successfully get the most at-risk people, particularly the oldest Pennsylvanians, protected first; that was a success. I know that some of the initial hesitation was due to uncertainty over how many doses would be delivered. And I know that these problems and many others are ultimately due to the lack of a nationwide federal rollout; perhaps this is one of those things that shouldn’t have been left to 50 statehouses to decide.

I also know that, if my neighbors are driving 80 miles east to access a shot that’s available at the hospital down the street from me, things aren’t working as they should.

It’s important to remember that state borders do not, practically, exist. If there weren’t a big sign over the highway, you could pass from Pennsylvania into West Virginia and onto Ohio, without noticing you had done so, in about 15 minutes. In literal terms, there is nearly nothing to distinguish Burgettstown, Pennsylvania; Weirton, West Virginia; and Steubenville, Ohio, aside from the fact that Burgettstown is mostly a big lawn surrounded by overpriced beer vendors.

Many people live near a state line and work on the other side of it, crossing with no more thought than I give to going from the South Side to Oakland. Laws can vary — all those newly vaccinated Pennsylvanians were certainly reminded of that when they noticed there was beer for sale at those Rite-Aids — but it’s mostly just lines on the map.

So the people running things on either side of those lines have to get along.

There is plenty of political real estate between Gov. Tom Wolf and his counterpart in Ohio, Mike DeWine; they’re from opposing parties, and neither could be truly described as a moderate. That is not, however, supposed to prevent basic cooperation. Amid increased polarization, we’ve lost sight of the fact that opposite-party politicians are still supposed to cooperate and coordinate on most things. Despite what a certain Kentucky senator would have you believe, the role of one party is not to blindly oppose everything that comes from the other party.

I don’t know if political differences prevented Wolf and DeWine from coordinating the dates for vaccine rollouts; I don’t know if any attempt was made. But one should’ve been. If the pharmacies and hospitals a few miles west of the imaginary thing we call a state border were willing to give vaccines to all adults this week, then the pharmacies and hospitals a few miles east of that line should’ve done the same. Amid the greatest pandemic the world has ever faced — and one particularly defined by the fact that the entire globe is interconnected — having a patchwork of responses to stopping it is just plain silly.

In a few weeks, it won’t matter. But the next time something important requires a united response — whether it’s disease, natural disaster or that dumb loophole where people can buy fireworks over the state line as long as they immediately cross back again — I hope that one governor’s mansion gets around to calling the other.

In the meantime: Again, let me stress that beer is available in many Ohio pharmacies. Stock up when you get your shot!