Despite Challenges, Steelers Keeping the Faith with JuJu

Wide receiver JuJu Smith-Schuster, like most Steelers, isn’t having the best of seasons. But he isn’t letting circumstances or his devastating fumble against the Ravens defeat him.

A deep ball, off a double-move, and against Casey Hayward, the Chargers’ best cornerback.

It didn’t happen by accident.

The last time they’d had the ball, in overtime against the Ravens, Smith-Schuster fumbled it and ultimately the game away.

So that was a statement the Steelers made on their first first down on Sunday night.

They still trust and believe in JuJu.

The game-opening shot down the field should have gone for a big play, perhaps even a 79-yard catch-and-run touchdown. Smith-Schuster had Hayward beaten but Devlin “Duck” Hodges under-threw it and the ball fell incomplete.

Smith-Schuster would finish with just one reception for 7 yards against the Chargers (Donte Moncrief, with one catch for 11 yards, was, astonishingly, more impactful).

In between, Smith-Schuster had approached offensive coordinator Randy Fichtner and told him to keep running the ball, to keep pounding it, to keep going with what was working.

Is it any wonder why the Steelers love the guy?

Smith-Schuster has 25 catches for 340 receiving yards and two touchdowns through six games. Although both of his touchdowns have been spectacular, he’s still on a pace that won’t begin to approach last season’s 111-1,426-7 stat line.

But as he vowed he would be in the spring, Smith-Schuster has been much more about team wins than he has individual statistics.

He’s played through injury and when he’s been able to practice he hasn’t missed a rep.

When the backup QB or the backup-to-the-backup QB have either missed him or otherwise failed to get him the ball, he’s responded with a pat on the backside rather than a sideline tirade.

He’s attempted, through word and deed, to lead a Steelers receiving corps that has no established track record individually or collectively with the Steelers. 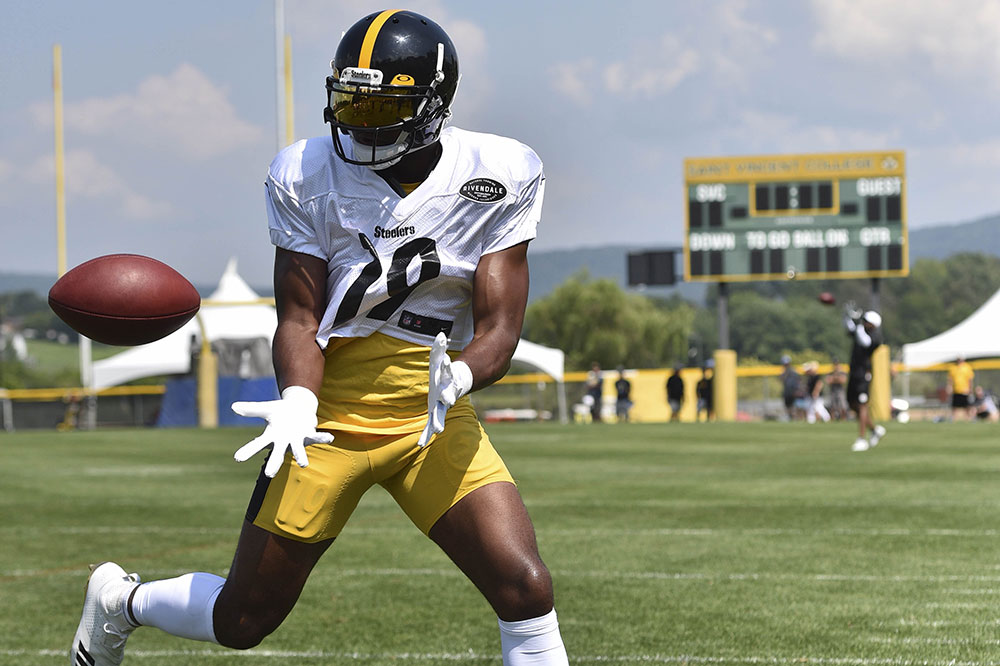 And Smith-Schuster has done so despite losing his position coach in training camp (wide receivers coach Darryl Drake died suddenly) and his quarterback in the second game of the regular season (Ben Roethlisberger’s next throw of significance will occur in 2020), and despite not having a legitimate, consistent, pass-catching wide receiver available to take some of the pressure off as a No. 2 option.

That’s more than most 22-year-olds could handle.

It’s also more than a lot of veteran receivers would be willing to handle.

Smith-Schuster is a different, and not just because of his obsession with social media.

He’s quirky enough that some may wonder where the hell this kid is coming from on occasion, but there’s no questioning Smith-Schuster’s game.

He’s committed to the team and he competes.

Yes, he fumbled against the Ravens.

The Steelers couldn’t throw him the ball again soon enough.