Demons, Orcs, Hipsters and More at the Multiplex

Reviews of "The Conjuring 2," "Warcraft" and "Maggie's Plan," plus local movie news and notes. 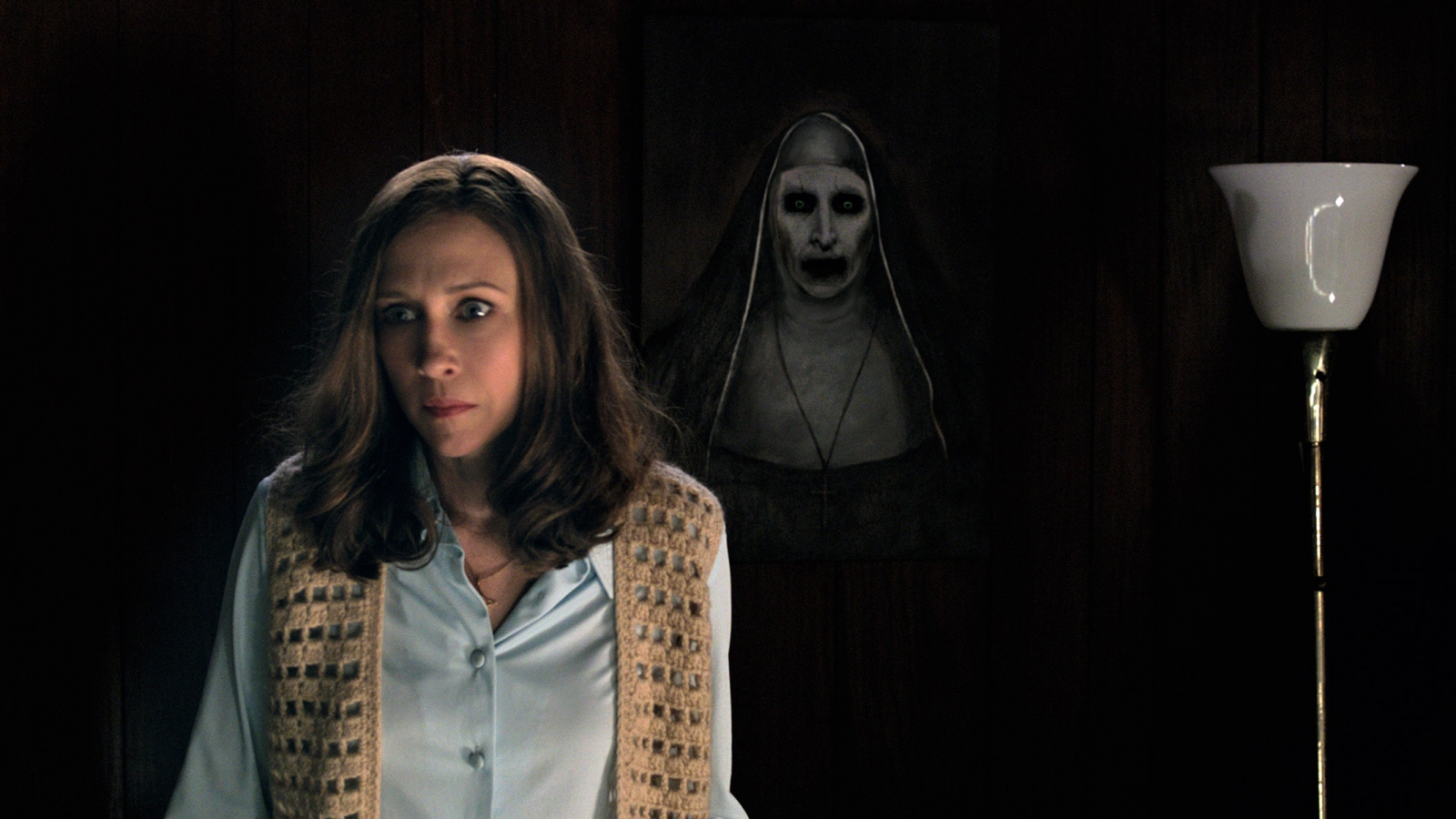 Over the course of his career to date, director James Wan quietly established himself as the preeminent director of 21st-century horror. After announcing himself with the original “Saw” in 2004, he developed a signature blend of old-Hollywood elegance and brilliant composition brought to bear on tales of supernatural dread. “Insidious,” “The Conjuring” and “Insidious: Chapter 2,” each among the best horror films of the decade, form a trilogy of troubling and terrifying film storytelling.

“The Conjuring 2,” another story based around the real-life exploits of paranormal investigators Ed and Lorraine Warren, attempts to follow the 2013 original — perhaps Wan’s best film to date — with another haunting tale of possession and housebound paranoia. And while it is certainly a good film, it represents a solid step back from the director’s best work.

The Warrens are reeling from a troubling investigation into the famous Amityville house (while those films are not connected to Wan’s work, the real Warrens did investigate). Lorraine (Vera Farmiga) experienced a troubling vision of a demonic presence and a premonition of Ed’s (Patrick Wilson) death, and she’s beginning to think the time has come to leave the darker corners of the world behind.

Meanwhile in England, 11-year-old Janet (Madison Wolfe) is being haunted and occasionally controlled by the spirit of an old man. Her threadbare mother (Frances O’Connor) has seen enough to know that something unnatural is happening and begins begging the church for help. The priests call in the Warrens — and Lorraine begins to suspect her visions are not unrelated to this new case.

Once again, Wan’s film is beautiful and remarkably shot (much credit is due to veteran cinematographer Don Burgess) and often quite scary. The performers are razor sharp; Wilson and Farmiga remain a great horror duo, and Wolfe does fine work, recalling the young protagonist of “The Shining.”

But “The Conjuring 2” stumbles in its third act, rushing to a somewhat unsatisfying conclusion. Perhaps Wan has lost a bit of his edge when it comes to the genre; his previous project was the massive action flick “Furious 7” and his next is “Aquaman,” an entry in DC Comics’ heretofore disappointing cinematic universe, so he is not as entrenched in the dark stuff as he once was. No one is likely to walk out of “The Conjuring 2” disappointed, but for those hoping for a thrill as effective as the original, a lowering of expectations may be in order.

Those unfamiliar with the “Warcraft” series of games from Blizzard Entertainment might be surprised at its global popularity. Millions of players log into the online game “World of Warcraft” and related games on a daily basis, and the series has spawned dozens of tie-in novels and comics. That fanbase forms a tidy built-in audience for “Warcraft,” the first film adaptation of the series’ mythology; for novices, though, it should be known that the film is really only for existing fans. A fantasy epic pitting an invading army of orcs against a divided (but peaceful) coalition of humans and other species, “Warcraft” dives into its own mythology deeply from the very beginning; those who have heard these names and tales before will follow along with ease, but on the surface, it’s little more than a generic us-versus-them slog. A mostly anonymous cast — Ben Foster shines as powerful wizard (mage? Priest? Sorry, I don’t know myself) Medivh, but other than a brief appearance by Glenn Close, he’s the only standout — doesn’t help, and director Duncan Jones can’t do much but keep the camera rolling. If you’re a sucker for visual spectacle, “Warcraft” might be worth a curious look, but other than that, only gamers need apply.

A loose, unofficial trilogy of hipster dramedies can be formed among the recent starring roles of actress Greta Gerwig. You’ve probably seen her as a side character in a more mainstream comedy — “Arthur” or “No Strings Attached,” maybe — but if you keep tabs on a certain breed of indie filmmaking, you may have seen her acclaimed performance in the black-and-white “Frances Ha” a few years back. In it, as well as 2015’s “Mistress America” and the new “Maggie’s Plan,” Gerwig stars as an independent and headstrong New York twentysomething attempting to push her way through Millennial directionlessness via guile and charm. In the newest film, she’s planning on having a baby via a sperm donor, but things get complicated when a married man (Ethan Hawke) declares his love for her, in spite of his ongoing marriage to a brilliant academic (Julianne Moore). The older performers do great work, but after seeing Gerwig’s take on similar characters twice, the bit is wearing thin. There are real and touching moments in “Maggie’s Plan,” directed and co-written by Rebecca Miller, but it’s a future Netflix choice at best.

The Montage: I didn’t have a chance to see “Now You See Me 2,” also out this week. The sequel to the magician-heist flick retains stars Woody Harrelson, Jesse Eisenberg and Mark Ruffalo and adds Daniel Radcliffe and Lizzy Caplan. Early reviews could generously be described as mixed … To honor the life of Muhammad Ali, AMC Loews Waterfront 22 is reviving “Ali,” the 2001 biopic starring Will Smith, this week. Click here to find showtimes … Row House Cinema is exploring the influences of iconic director Quentin Tarantino this week. Four Degrees of Tarantino includes three films that influenced the auteur as well as his debut feature, “Reservoir Dogs.” Click here for showtimes.