Deer Debate: It's All about Priorities

PittGirl can't be convinced there is any solid math that proves an animal’s life is more important than a human one. 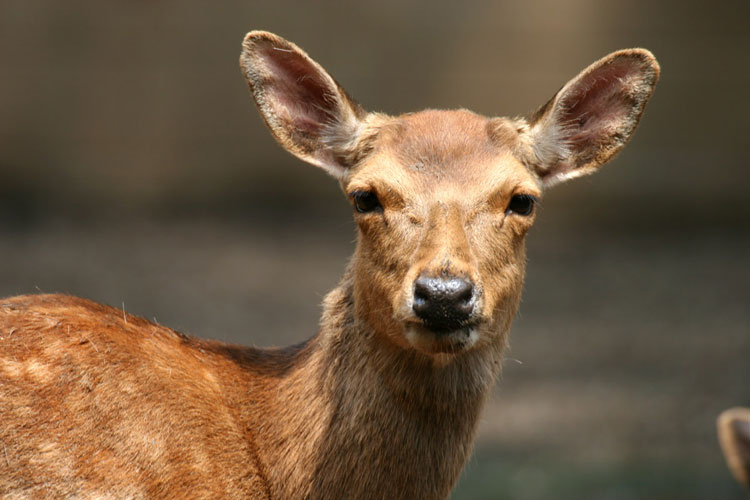 First, I promise to get through this post without using the phrase “deer are delicious.”

Let’s talk about deer. Every year we get to the point here in Pittsburgh where the deer population collectively seems to lose its mind. The deer start jumping through plate-glass windows in houses and convenience stores.

You see headlines including:

And then they get bored and up their adrenaline-seeking thrill game by jumping into vehicle windows:

●    “UPS Driver Crashes After Deer Jumps through Window”
●    “Deer Crashes through Pennsylvania Bus Windshield, Runs Around Inside, 'Exits' Through Door”

And those are just the deer who dream big. Countless more leap in front of vehicles causing damage — and, in some cases death, to passengers, drivers and themselves.

"Driver Killed in Somerset County by Deer That Came through Windshield"

I’ve had so many close calls, but I actually hit a deer last year. He’s OK. I spied him just as I was rounding an exit bend. Therefore I wasn’t traveling very fast when I slammed on my brakes. I skidded to a near stop and gently bopped the deer, knocking him over as he was trying to cross the road. He bolted upright, glared at me all, “WAY HARSH, TAI!” and then leapt off into the woods unscathed, leaving me to hyperventilate from the close call with my children in the car.

The deer population expands so quickly because they have so few natural predators, especially in our area, where small patches of woods dot heavily populated neighborhoods. This is why I regularly find a half-dozen deer loitering in my backyard, smoking vapes and ignoring their parents’ curfews.

Mt. Lebanon in particular is being overrun by deer, with increasing encounters and accidents, so the community’s leaders decided to do something about it. They are implementing a plan to reduce the local deer population. Because they don’t want to call it “OPERATION BAMBI EXECUTION,” they’ve simply called it a “deer cull.”

Sounds lovely and not at all bloody and deathy.

The cull involves corralling and killing deer. It will cost $500 per deer, versus future plans of sterilization, which will cost up to $1,000 per deer. (Don’t even get me started on that.)

Now, some animal-loving residents aren’t happy about the cull and have protested it. They don’t want the deer killed. THESE ARE GOD’S CREATURES, AND KILLING THEM IS INHUMANE.

One resident went so far as to say it's “almost like cruel fascism.” He went on to tell WTAE-TV that the deer-culling proponents are “mostly a group of elite elitist people who want to protect their precious gardens and are not thinking of the larger community and the larger environment and what’s really ethical and moral.”

To that resident and all the protesting residents, I say with utmost respect … get a grip.

“Mostly a group of elite elitist people.”
Elite. Elitist. People. What a phrase.

“… who … are not thinking of the larger community.”
Please tell me how a raging, rampaging deer population is a benefit to the larger residential community. No matter how hard you try, you will not be able to come up with a way other than, “Well, when they are in my yard, it makes me feel good to see them because they sure are cute.”

“… and the larger environment.”
Please tell me how a raging, rampaging deer population is a benefit to the environment. We’re not talking about making them even CLOSE to extinct any more than destroying the thousand stinkbugs in your attic or culling the geese population a bit so that they’re not pooping on EVERYTHING WE LOVE would make them extinct. We’re talking about survival of the fittest, in a sense. Humans. Controlling the population of an animal that actually can do damage to human lives and property.

“… what’s really ethical and moral.”
You know what’s even better ethics than taking care of animals? Taking care of HUMANS. We have food banks and homeless shelters because there are humans who need to eat but don’t have the resources or mental or physical health to provide for themselves nor their families. How about we cull these deer a bit and offer that deer meat to these organizations? The food bank takes donations of venison. Because deer are delicious. (Whoops again!)

Look. I love deer. I enjoy seeing them in my yard. I could never personally kill one. But if we are being logical about this issue, we will see it all boils down to this … better the deer die than a human. A child. A family.

Because you will never convince me that there is any solid math that proves an animal’s life is more important than a human one.

Especially not an animal as delicious as deer.

(Dear PETA: Don’t email me. I mean it. Go save some houseflies.)

This article appears in the February 2015 issue of PittGirl.
Categories: PittGirl