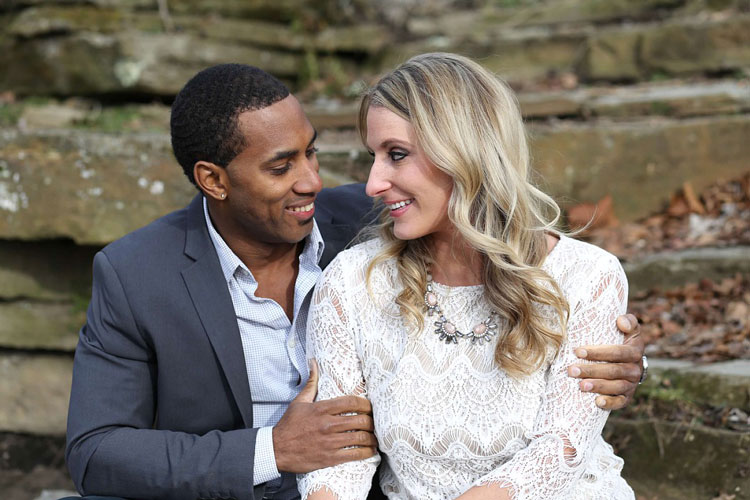 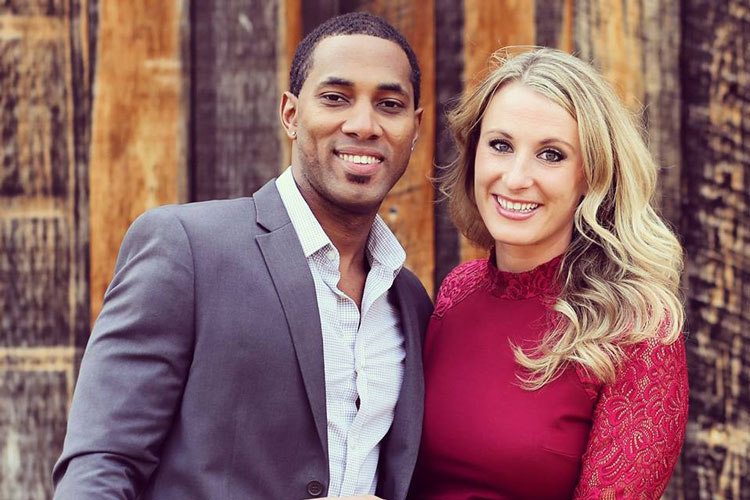 When Brandon Met Anna.
It was the 20th of December, and Anna Wagenhofer was out with a friend at Tad’s, a bar on the South Side. A guy started trying to flirt with her as she caught Brandon Detwiler’s eye across the bar. Brandon came over and pretended they were together, apologizing for being late.

“He kind of swooped in, and we hit it off,” Anna says.

After about 20 minutes, they got each other’s phone numbers. A week later, they went on their first date.

Their story mimics a contemporary country song, Thomas Rhett’s “Unforgettable”: “We were talkin’ for a minute, then some guy tried to cut in. You took my hand and we pretended like I was your guy.”

It would become their wedding song five years later. 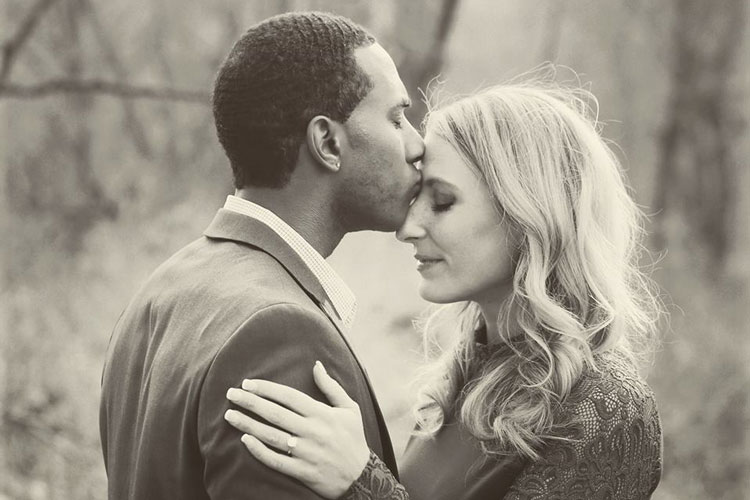 She Said Yes.
In 2016, Anna was out with a friend on the 23rd of December, a month she says has always been special to her. When she returned to a dark home, she thought Brandon must still be out as well.

“I kind of felt like [a proposal] was coming because he had hinted to my girlfriends about what kind of ring and this and that,” Anna says. “He knows that I love Christmas, so I was kind of thinking maybe it would happen on Christmas morning. So the 23rd completely threw me off.”

She walked in the house and was startled to see cameras set up to record a proposal.

“He’s romantic, but this was the most romantic thing ever,” Anna says. “He said he knew the minute he saw me he wanted to take this journey with me and would I do him the honor of being his wife?”

As she said yes, she started thinking about how much she wanted to share the news with loved ones, and suddenly her family and best friends poured out of the bedrooms where they’d been hiding.

“He did such a good job knowing that I would want these people to be there,” she says. 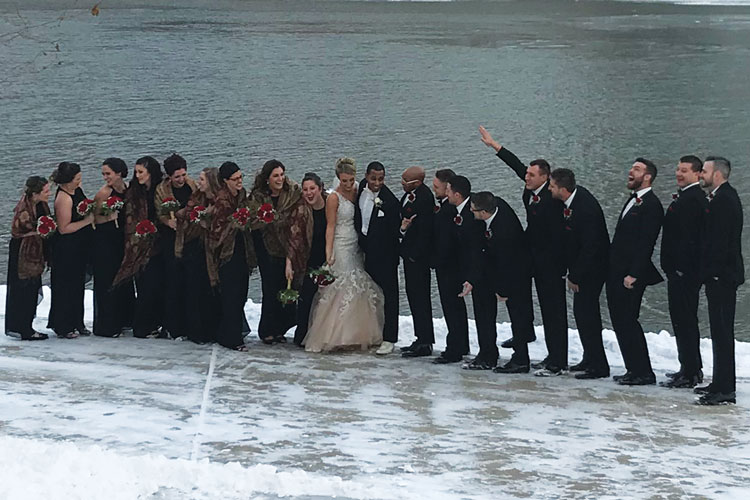 The Big Day.
Brandon and Anna’s December day was also filled with family and friends. Their wedding party consisted of 20 people, and the group took pictures all across the city, including in front of Tad’s.

The couple was married at St. Basil Church in Carrick, where Anna’s parents were married. For the father/daughter dance, Anna put together a slideshow of pictures of her and her father throughout the years as a surprise, one that brought her father to tears.

“The wedding was the best day,” Anna says. “People say that, but it’s true.” 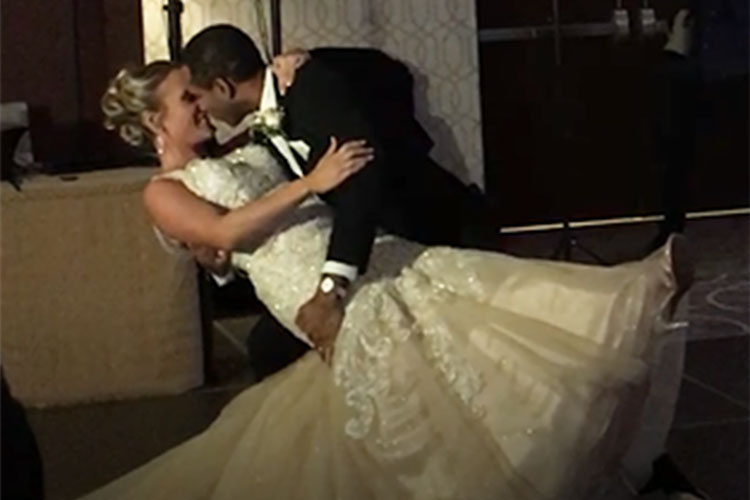 Happily Ever After.
Anna, 30, is a teacher at Baden Academy while Brandon, also 30, is operation manager for Lasership Inc. on the South Side.

The couple lives in Ross Township. Their first baby is due on a memorable date for the couple: Dec. 23.