Dawn Plummer Shines a Light for a Just Food System 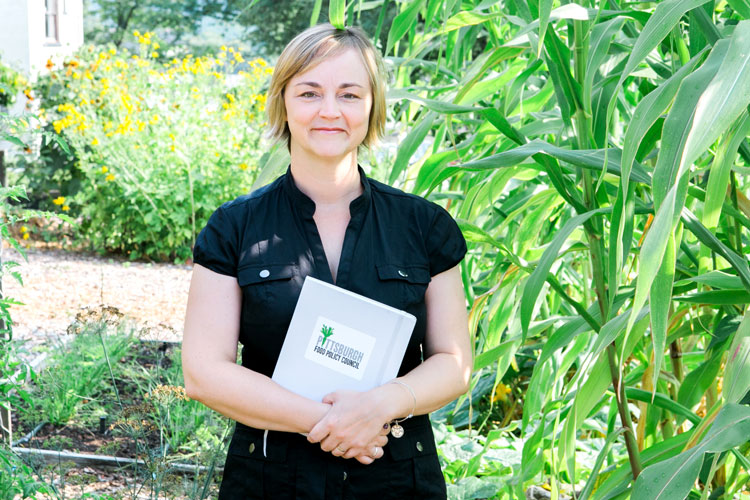 Dawn Plummer says she didn’t have a great nutritional foundation growing up in a working-class family outside Harrisburg. “I was often a kid making my own meals in a microwave or out of a snack box,” she says.

Now, as executive director of the Pittsburgh Food Policy Council, she endeavors to ensure that everyone in southwestern Pennsylvania can participate in a just, equitable and sustainable food system.

The Council has more than 80 members, which includes representatives from institutions such as farms, community organizations, businesses, schools and restaurants, divided into five working groups: food and health equity, food access initiatives, immigrant and refugee food and farm access, urban agriculture and the regional food economy. These organizations might have overlapping goals, but divergent individual needs and ways of getting there. “We want to invite everyone into one boat, get on the same page and have a steady stroke going in one direction,” Plummer says.

It’s the perfect challenge for Plummer, who took the position in 2014 after working for six years as development director of the Poverty Initiative in New York City. “I’m a systems thinker. I like to look at the big picture and then dive into the nitty-gritty that puts it together,” she says.

Plummer first was exposed to social justice movements during her junior year of college at The University of Pennsylvania, when she took a year abroad in Brazil. She lived with a host family who was involved in a social movement of landless, small-scale and peasant farmers fighting for land reform. “I learned about social policy, human rights, development, agriculture policy and organizing. From the end of college through the present day, I’ve been involved in anti-poverty work from a social movement point of view,” she says. 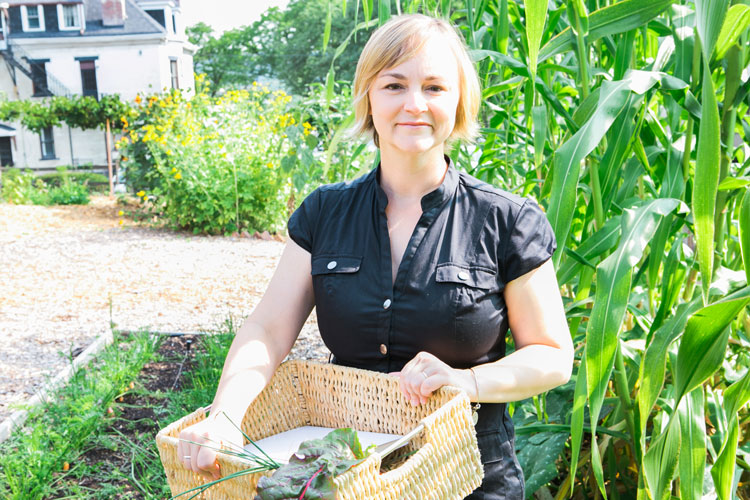 In Pittsburgh, Plummer aims to help shepherd a food system with a plan for long-term, self-sustaining food security with access to fresh, nutrient-rich food for everyone, while at the same time building an agricultural and production process that values its workforce. Plummer might be the point person, but, she says, the power of the Council is that it’s a collective effort. “What resources do they need? As individual entities, we can only go so far. We need the collaboration of the process to get where we want to go.”

Plummer says that her first few years as executive director of the Council were focused on running it as a convening organization; examining what systems were already in place and what challenges, such as outdated laws or lack of communication between organizations, were preventing it from moving forward. Now, she says, long-term projects are being implemented. “Some conversations we had three years ago, I’m only now seeing the impact of the needle moving forward,” she says.

For example, the Council is working with the Allegheny County Health Department on changing regulations to decrease barriers to building healthy food business and working with the Urban Redevelopment Authority of Pittsburgh to enact policies offering access to land with extended tenure for urban farming programs, so that those farmers can really plant their roots.

Now, the focus is on making sure that those projects, as well as a host of ideas, stick around. “We want to build a situation where economic viability [is] at the core, and that it can work with the other values of sustainability in tandem. Everyone needs to meet the bottom line so they exist,” Plummer says.