Rick Sebak recalls the the local rides of the Talking Heads frontman. 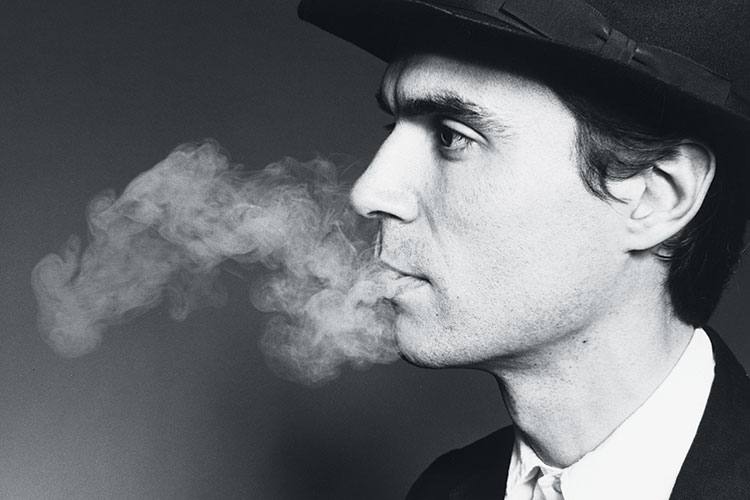 The great, unusual rock band Talking Heads first played Pittsburgh on Oct. 31, 1977, at — of all places — a pizza parlor. Although drummer Chris Frantz had lived in the city from 1958-70 and attended Shady Side Academy, that gig was likely lead singer and songwriter David Byrne’s first visit to Pittsburgh.

The band would be back in 1978 and again in 1983, on those occasions playing venues which did not serve pizzas, but that was it for its local appearances. Talking Heads stopped touring in 1984, although they didn’t officially disband until 1991.

David Byrne has visited the area several times by himself, however. On Nov. 14, 1997, he played Metropol in the Strip. On Sept. 17, 2001, while on a promotional tour for his book “The New Sins,” he had a signing at Jay’s Bookstall in Oakland. On Nov. 7, 2008, he performed at the Carnegie Music Hall, and most recently, on June 30, 2013, he appeared with the singer St. Vincent at The Palace Theatre in Greensburg.

But the Byrne visit that gets the most attention was in 2004, when he came to perform on May 13 at the Byham Theater, promoting his album “Grown Backwards.” Rosemary Welsch from WYEP radio interviewed Byrne, mentioning that the next day would be his 52nd birthday. That night, the crowd started the concert by singing “Happy Birthday.” John Young gave the show a rave review in the Pittsburgh Post-Gazette, calling it a “rare concert experience.” Byrne later wrote on his blog, “We met after the show at a bar in a Polish or Czech neighborhood called Gooski’s. It was packed.”

The next day, Byrne got on his trusty folding bicycle and went exploring. Following the advice of his friend John Chernoff, he went to the Mattress Factory on the North Side, pedaled past old mill sites (that he mistakenly identified on the blog as “Brownland” — Chernoff later told him the term was “brownfields”) and was impressed by revitalization.

Much of that blog entry about Pittsburgh became part of his 2009 book, “Bicycle Diaries,” and he noted: “Luckily some of the oligarchs — the Heinzes, the Mellons, and a few others — continue to live in the city and don’t want their town to go straight to hell, so they are working to reinvigorate the city center, block by block, inch by inch, and to figure out some means of obtaining funds from the wealthier property owners.”

Byrne also headed to Millvale to check out the murals of Maxo Vanka in St. Nicholas Croatian Catholic Church. He dubbed Vanka “The Diego Rivera of Pittsburgh,” calling the paintings “Bold and brave stuff to confront the Sunday parishioners with.”

He also described the state of Millvale at the time: “Lots of boarded-up stores line the streets, but a great French bakery … has courageously made a stand. I buy a cake, as it’s my birthday.”

The owner and baker there, Jean-Marc Chatellier, remembers the day and the encounter. “Cool as hell,” Chatellier says. “I didn’t recognize him at first because of his white hair, but I had seen Talking Heads in France in ’77 or ’78, and I looked, and he smiled and said, ‘Yeah, I’m him.’” He bought a Breton cake, one of Chatellier’s specialties. Byrne said his Scottish grandmother often had made such buttery Celtic cakes for his boyhood birthdays, and one bite was all it took. His whole youth came back.

​Chatellier says, “He’s the most famous person who’s ever been in the bakery.”

This article appears in the April 2017 issue of Pittsburgh Magazine.
Categories: Rick Sebak