At a loss on what to do this weekend? Our editors have some ideas. 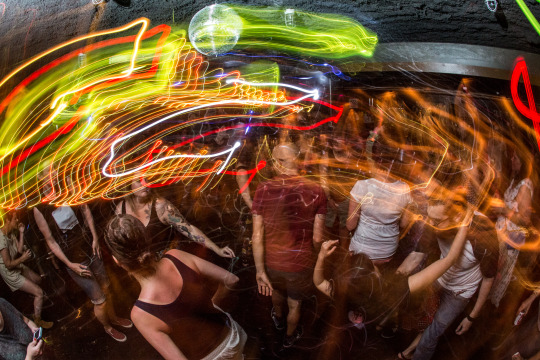 NOT A CREATURE WAS STIRRING (AFTER 10 P.M.)
Hey grownups, how does the opportunity to be in bed by 10 p.m. sound? Better yet, how about getting to bed at that reasonable hour after an evening of drinks, pizza, and music? Just because the holidays are here doesn’t mean we suddenly have more energy (quite the opposite, in fact). After homemade cookies, decorating, shopping and wrapping — on top of work, life and the loss of daylight-savings time — simply going to bed early can spread the most holiday cheer of all.

If this is what you wished for, Santa got your letter. Head to Spirit Lounge for In Bed by Ten: Holiday Edition. For adults 21 and older who want to call it quits while the night is young, the hours of 6-9 p.m. Friday give you plenty of time for dancing, pizza, and drinks — the whole shebang. The party will do more than just jingle a few bells — donations are encouraged to support the Community Human Services Corporation, a group that assists low-income families, people with mental health issues, the homeless and more.
(120 51st St., Lawrenceville; click here for more info)
— Lauralei Kraski, PM Editorial Intern

GOOD COCKTAILS AND FINE ATMOSPHERE OUT ON THE PRAIRIE
​Prairie, the new concept filling the space of the former Verde Mexican Kitchen & Cantina, remains in a soft opening — so After Dark will refrain from judging it too harshly. The space will focus on comfort food, beef and bourbon, with Shane Morrison (formerly of cocktail destination Acacia) running the bar program. While the menu is still taking shape, it's clear that Prairie will not only be worth a stop for inventive cocktails — it's also the kind of place that'll inspire you to consider your coolest outfit (and invite your coolest friends). Read more in this week's edition of After Dark!

WHO LIKES THEIR MUSIC SIMPLE AND HEARTFELT?
When music aficionados started dismissing certain rock acts for knowing only four chords, it was a serious put-down. In the age of endless production, however, punk bands wear it as a badge of honor — who needs more than a handful of chords and a lot of energy? To be fair, the headliners of the second Four Chord Music Festival, Yellowcard, do bring an unconventional element to the pop-punk formula: They’ve got a violin player. They’ll be joined Sunday night at XTAZA Nightclub by more than a dozen like-minded acts, including Pittsburgh-bred favorites Anti-Flag.
(1620 Smallman St., Strip District; 1 p.m.-2 a.m.; $32-55; click here for more info)
— Sean Collier, PM Associate Editor

IN THEATERS: As the tide rolls out before a monsoon hits, so do studios clear the way when a box-office juggernaut looms. So few dare to introduce a new film a mere week before “Star Wars: The Force Awakens” arrives Dec. 18. The lone contender: Ron Howard’s man-versus-whale epic, “In the Heart of the Sea.”

The lineup has changed, but we’ll bet an evening full of 10,000 Maniacs tunes will still give you a pretty serious collegiate flashback. They’ll be at Mr. Smalls tomorrow night; tickets are available here. — S.C.

This article appears in the December 2015 issue of PMWeekend.
Categories: Things To Do