Blow off some steam, and a few calories, with some axe throwing at LumberjAxes. 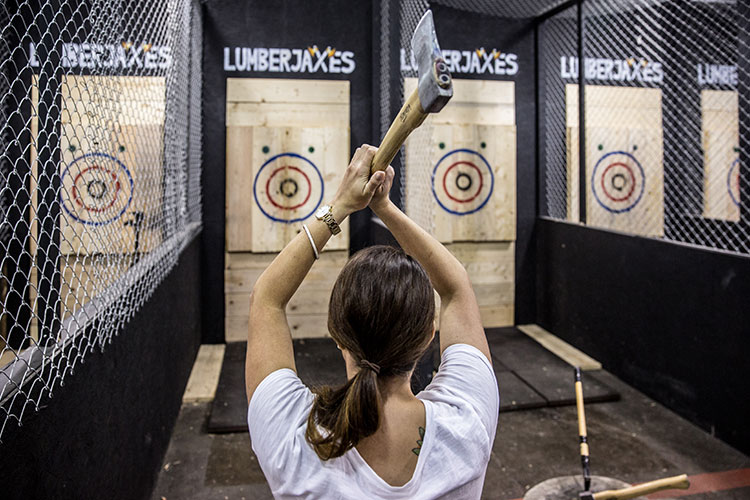 Admittedly, the biggest concern I have when I sign up for an afternoon of axe throwing is deciding what to wear. My favorite flannel seems too cliché, so I settle on a white T-shirt and jeans. The leopard print wedge heels add a nice touch, although I’ve become so accustomed to being accused of wearing inappropriate footwear that I throw my Puma sneakers into the car just in case.

“There’s only one wardrobe rule,” says LumberjAxes co-owner Jack Welsh upon my arrival. “No open-toed shoes or sandals.”

The elation I feel is second only to that of wrapping my hands around the handle of a Valley axe; 15 inches of American Hickory topped off with a steel blade. 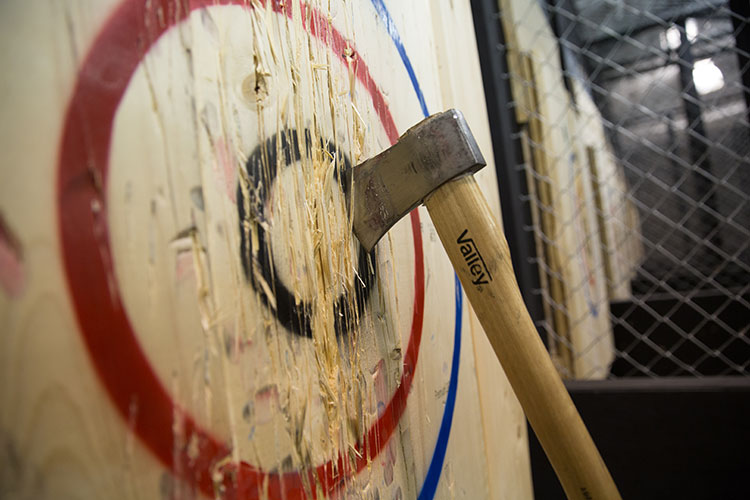 Technically, axe throwing is a game you play with a group in round robin and tournament fashion: five throws per round in a best-of-three match. The bull’s-eye gets you five points, three for nailing the red circle and one for blue. When the round robin stage is over, scores are tallied and everyone participates in a tournament.

Since I’m flying solo, my only objective is to hit the target, which has been spray painted onto some soft pine boards nailed to the wall in front of my lane. There are eight caged lanes to the left of me and 11 to the right; 20 in all.

“OK,” Welsh says, grabbing an axe. “Put your left foot forward. Put your strong hand over your weak one like you’re gripping a golf club. Lean into the bull’s-eye, raise your arms up, lean back, then finish at the bull’s-eye.” He lets his axe rip.

I follow suit and watch it ricochet off the pine. “Not enough force,” Welsh says. 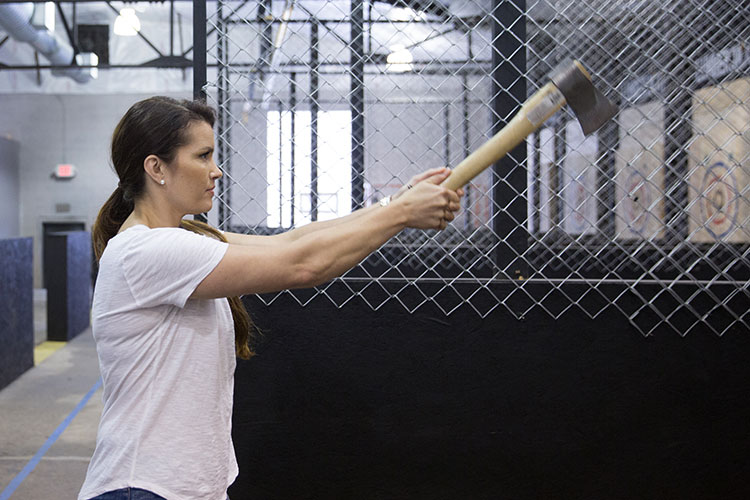 On my fourth attempt, I nail the blue line. Sheer joy. And when I finally hit the bull’s-eye 10 throws later, I’m smug.

“You can’t just get cocky and chuck it,” Welsh says as my next attempt bounces high. “Square up each time. Think about your shot.”

Eventually, I nail two more bull’s-eyes, although they’re separated by a string of profanities. Which, I’m told, is the norm.

“People get pretty competitive,” Welsh says. “You get into it really, really quickly.”

Verdict: It’s more finesse than muscle, but you’ll still work up a sweat from throwing and retrieving your axe. 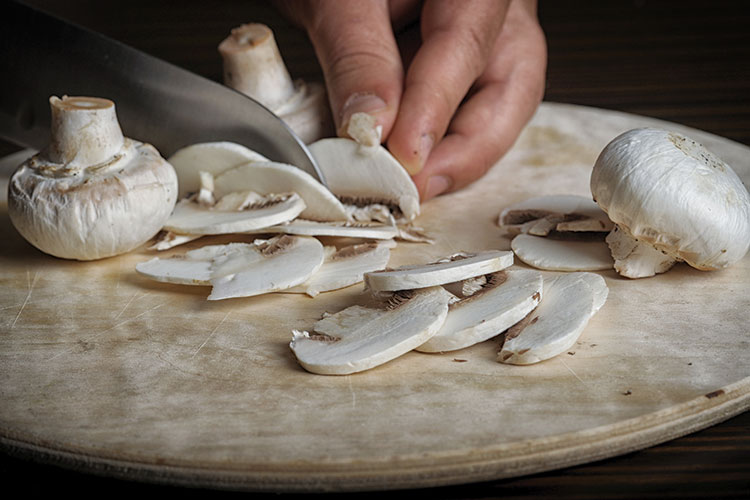 Mushrooms
Exposing two ounces of sliced mushrooms to sunlight for 15 to 30 minutes on clear or partly cloudy days increase their vitamin D content to almost 150 mg (25 percent of the daily recommended allowance for adults), matching 8 ounces of milk, says registered dietitian Nick Fischer of Fischer Nutrition. It’s an inexpensive, and nutrient-dense, way to enhance the flavor of almost any dish. “Anytime you include mushrooms it's a quality ‘supplement’ choice,” he adds.

This article appears in the November 2017 issue of Pittsburgh Magazine.
Categories: From the Magazine, Hot Reads, Top Doctors