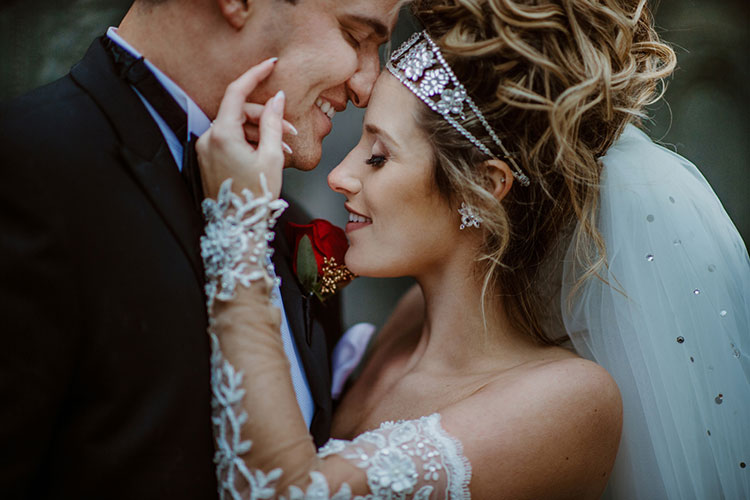 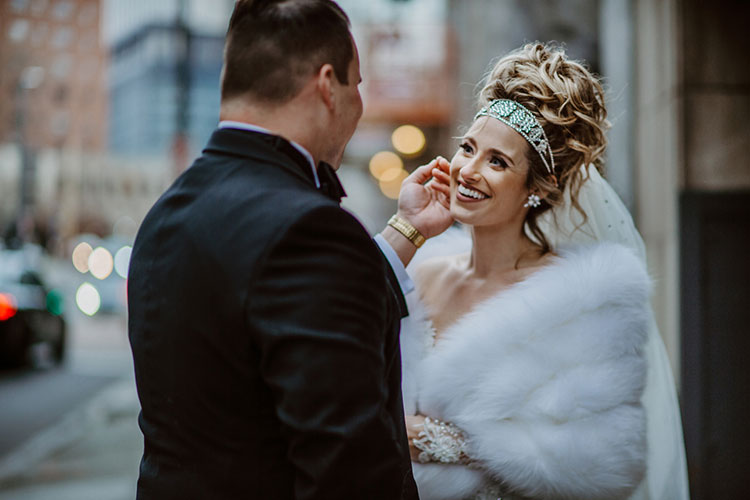 When Jonathan Met Latitia.
Despite Jonathan Paros and Latitia Lattanzio attending Saint Francis University simultaneously, it took the Steel City to bring them together. The two never really got to know each other while attending the small school near Ebensburg, Cambria County, but both ended up in Pittsburgh in 2015, Jonathan for work and Latitia to pursue her doctorate at Duquesne University. When Latitia announced her plans to study in the ‘Burgh on Facebook, Jonathan offered to help her move to town. A few weeks later, he had another offer: a dinner date.

“We kind of knew from the first date he was the one and I was the one for him,” Latitia says. “It was really just a fairy tale after that.” 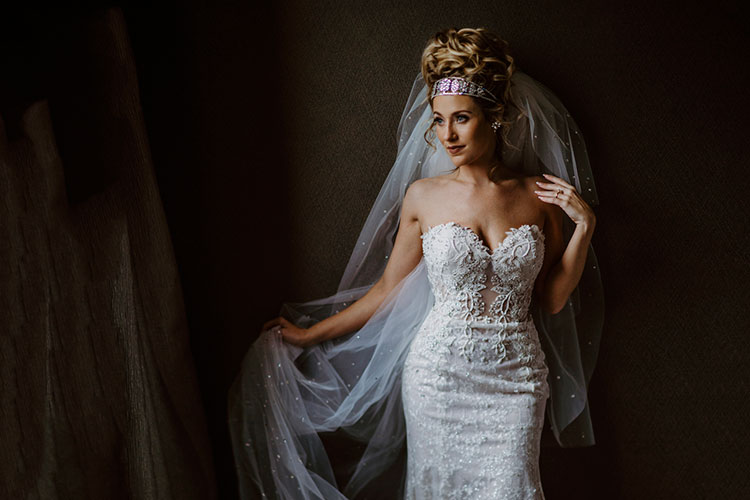 She Said Yes.
In summer 2017, the couple was vacationing in Myrtle Beach, S.C. As they prepared to head out to take some photos, Jonathan encouraged Latitia to wear white, unbeknownst to her, for a “just engaged” shoot. In the back of the hotel, a proposal planner had set up candles and rose petals. A shocked Latitia immediately said yes, and fellow hotel guests — who had been recruited to fill the courtyard to keep her from becoming suspicious — cheered.

“Everybody says it was like a scene from ‘The Bachelor,’ and it totally was,” Latitia says with a laugh. “It was amazing.” 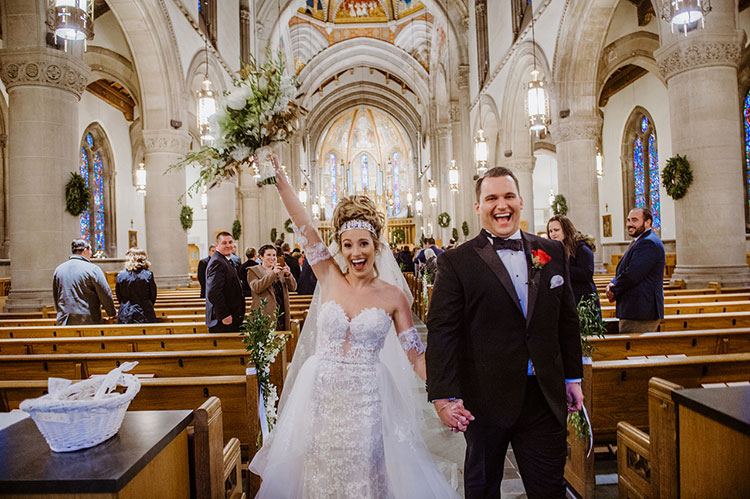 The Big Day.
The wedding was a balance of big, bold spaces and classic touches.

“Both of us really wanted something that was timeless,” Latitia says. “As soon as we walked into Carnegie Museum, we knew that was going to be the place where we had our reception.”

The inclusion of a few custom elements added to the excitement, including Latitia’s handmade Swarovski crystal headpiece and matching earrings. The striking pieces, created by Crystal Bead Bazaar in Lawrenceville, complemented her Eve of Milady gown with custom gauntlets.

While such details made the day that much more special, the couple made it a point to keep their focus on what mattered most.

“The priest had said to us, ‘Eyes on each other. It’s all about the two of you.’ We were so happy to be surrounded by all these people but in the end, we made so many moments just the two of us, looking at each other, laughing, smiling and just being the two of us and happy to have everybody else around us celebrating, too,” Latitia says. 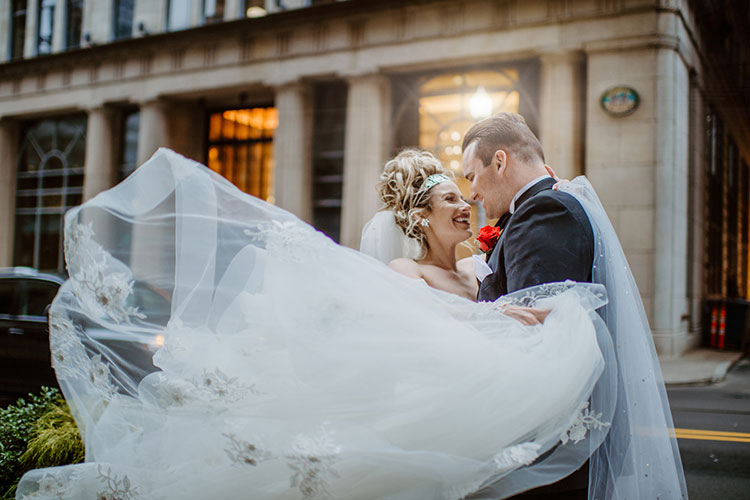 Happily Ever After.
Wanting to ring in the New Year on the island, the couple left for their honeymoon in Barbados just hours after the reception.

Jonathan, 30, vice president of operations for Yum! Brands, and Latitia, 29, a school psychologist who also teaches at Indiana University of Pennsylvania, live in Cranberry. 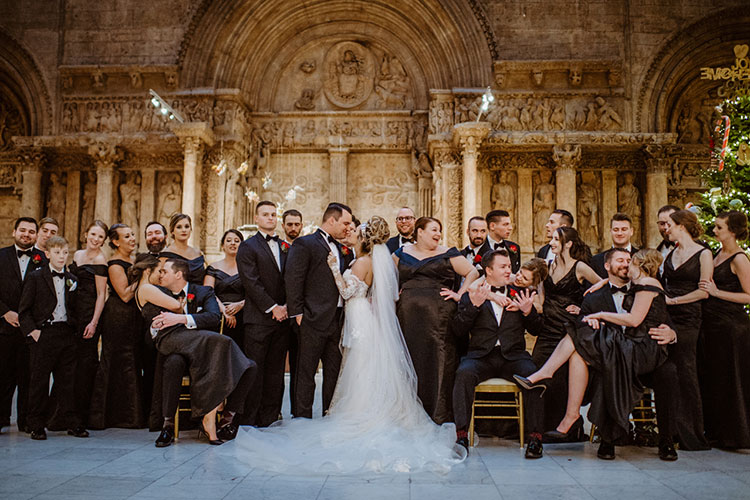