Curling in Pittsburgh: ‘It's Basically Golf and Chess on Ice’

In the midst of the winter Olympics, the Pittsburgh Curling Club is moving ahead with plans to increase Pittsburgh’s appreciation for its intricate sport. 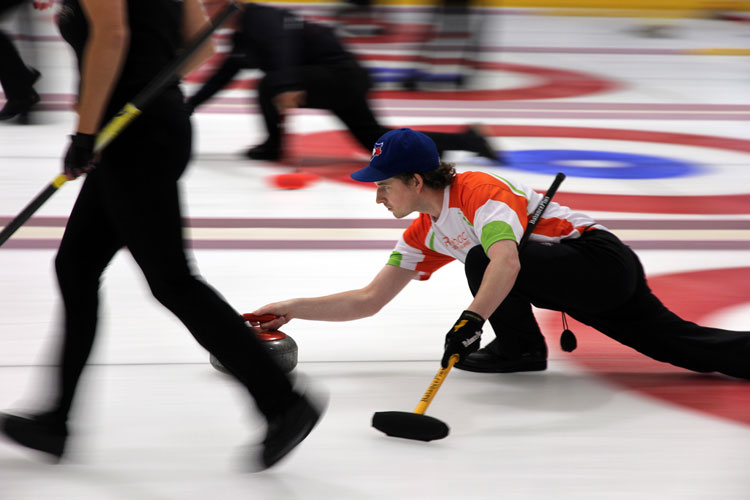 Editors note: this article has been updated since it was first published on June 14, 2017.

Pittsburgh may be a hockey town, but there’s room on the ice for a 42-pound granite stone and a pair of brooms.

Curling — the quirky Scottish sport that many Americans rediscover when the Winter Olympics roll around — is alive and thriving here, thanks to the Pittsburgh Curling Club (pittsburghcurlingclub.com).

Founded in 2002, the club was started by locals and expatriate Canadians who wanted to bring the sport to the city, according to board member Marie Rose. She and her husband, club President Steve Buffington, have been members of the club since its inception.

While in Canada in 2002, the couple happened upon a competition and was immediately fascinated. When they learned that a club was forming in Pittsburgh, “We headed right over,” Rose says. “We had to try it — and just like everybody else, we got hooked.” 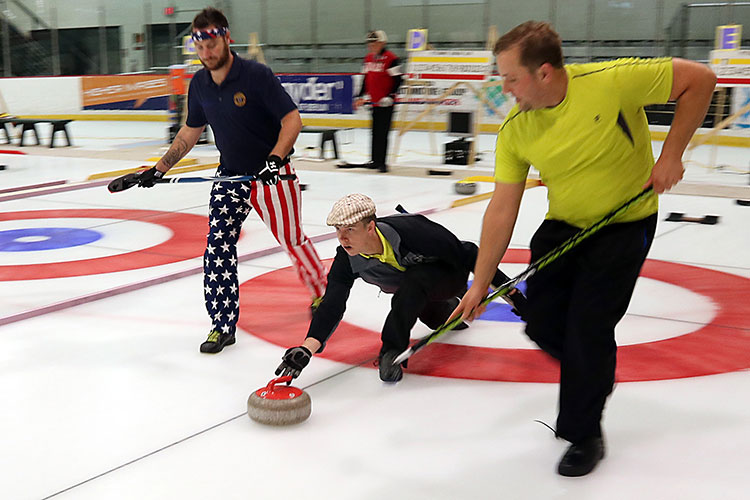 NBC’s coverage of curling during the Winter Olympics serves as the typical entrée into the sport; it’s how both club Vice President Leonard Jarabek and five-year member Robert Suhr found the PCC.

“It is just so different than anything I had ever experienced before,” Suhr says. “I thought that I would enjoy it when I tried it, but when I threw my first stone … it just clicked for me. I just wanted to keep doing it.”

So how does one curl?

Curling is played by two teams of four people each. The teams attempt to slide “stones” — 42-pound slabs of granite mined on the Scottish island Ailsa Craig — approximately 150 feet down a sheet of ice and land them in the center of a bullseye 12 feet in diameter. Each team slides eight stones and also can block the target with stones to keep competitors from scoring or knock the opposition’s stones off altogether. The team whose stones are closer to the center gets a point for each stone closer than any opposing stone. Teams do this between eight and 10 times, depending on the level of competition, to complete a full game. 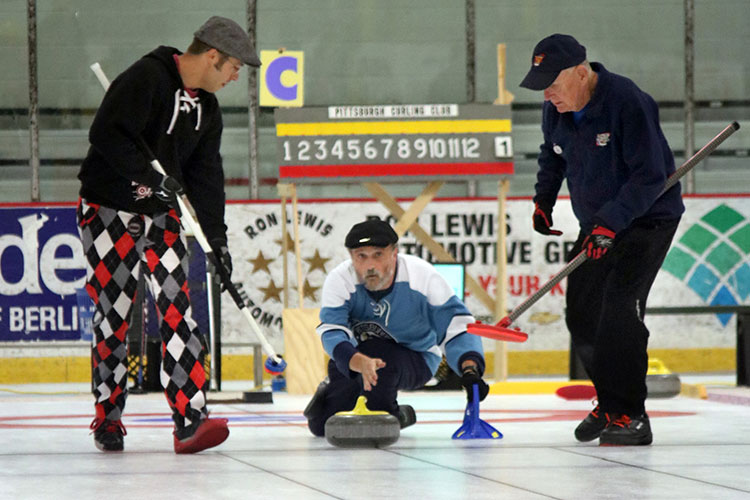 So, what’s the deal with the brooms? As the stone is hurtling down the ice, two curlers race ahead of it, brushing down the ice with specially designed brooms. The sweeping, done at the direction of the team captain, known as the skip, affects the distance the stone travels and how much it “curls.”

There are 95 members of the PCC, which lacks a dedicated home. The club plays at the Robert Morris University Island Sports Center on Saturday nights.

Members are hoping to change that this spring when ground is broken in Stowe township for a dedicated curling facility.

“We have a lot more demand for people who want to curl than people we can actually put into our competitive league,” Jarabek says; a dedicated facility would allow for many more active members, as well as more installments of the club’s popular “Learn to Curl” events.

“We’re currently booking “Olympic Curling Experience” events,” says Buffington. “This is a 45 minute session with a quick introduction to the mechanics of delivering a stone and sweeping, followed by playing an end of a curling match.” 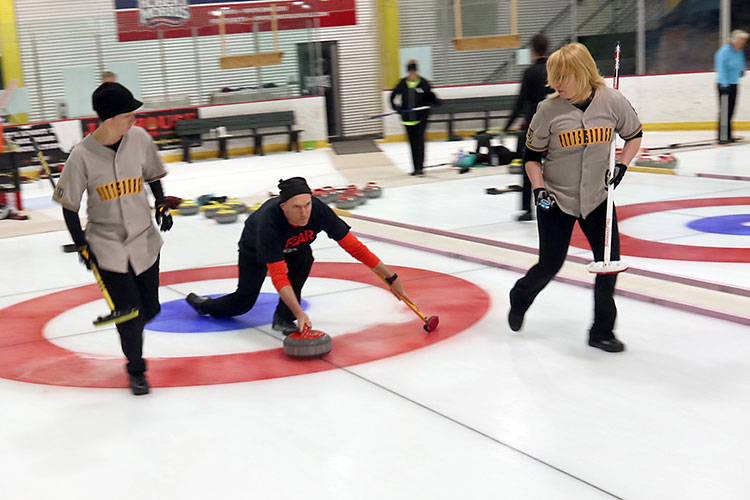 The building project, estimated to cost upwards of $1.4 million, also ensures the club will have a more professional ice surface on which to play and the ability to create more revenue by hosting “bonspiels,” or friendly competitions with other curling clubs.

For the past 12 years, the PCC has hosted the TropiCurl bonspiel in late June/early July; this year’s takes place from June 29 through July 2. It’s one of the largest single-location bonspiels in the United States; TropiCurl hosts 48 teams from across the U.S. and Canada.

If all goes according to plan, the new curling facility will be open in the fall.

“When we open our building, we’ll have league curling earlier on weeknights and other curling activities on weekends, including tournaments and open curling,” says Buffington. “We’ll [also] hold instructional leagues to introduce players to the sport and help them progress in skill and ability.”

This article appears in the July 2017 issue of Pittsburgh Magazine.
Categories: From the Magazine, Hot Reads, Sports