Curl Up with This Cozy Creation

The throw blanket by Pittsburgh-based textile designer Savannah Hayes will keep you warm through the cold winter nights. 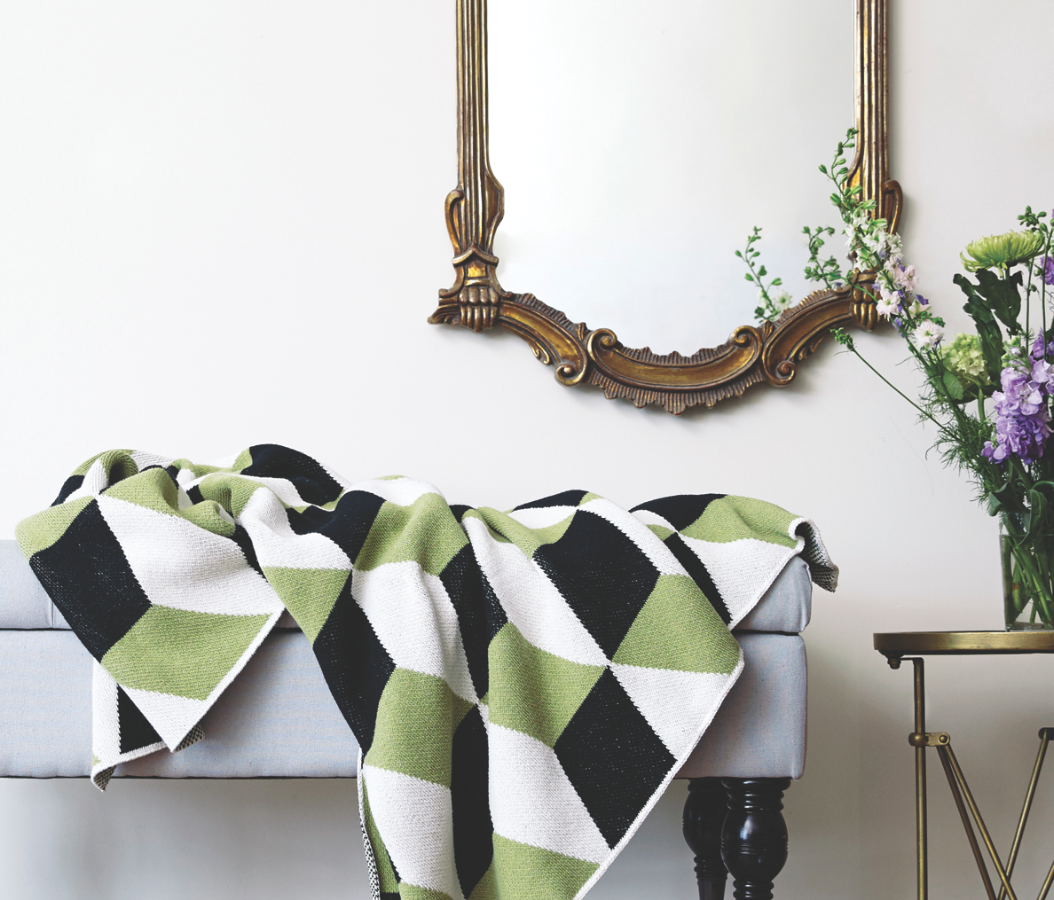 As the nights grow chillier, curl up with a knitted throw blanket [$178] in a sophisticated graphic print by Pittsburgh-based textile designer Savannah Hayes.

Besides keeping your warm, the bold green-and-black blocked blanket adds a stylish touch to a room, whether it’s casually thrown over the living room couch or folded up at the bottom of the bed.

As for Hayes, she’s a San Francisco native who studied at the University of Pennsylvania, University College London and New York’s Fashion Institute of Technology.

After working for renowned brands such as Martha Stewart and Kelly Wearstler, she launched her own eponymous online collection of fabric sold by the yard, pillows, throw blankets, tea towels and more in October.

All items from her first collection — which were inspired by an urban, graphic aesthetic — were made in the United States, Hayes says.

“I love to style my bold black-and-white graphics with soft blush tones, metal and stone,” Hayes says of the line.

This article appears in the November 2015 issue of Gotta Have It.
Categories: #GottaHaveIt