Sidney Crosby’s latest situation, while worthy of concern given his history with concussions and his stature in the organization and in the game, is merely a continuation of what the Penguins became quite accustomed to overcoming a season ago. 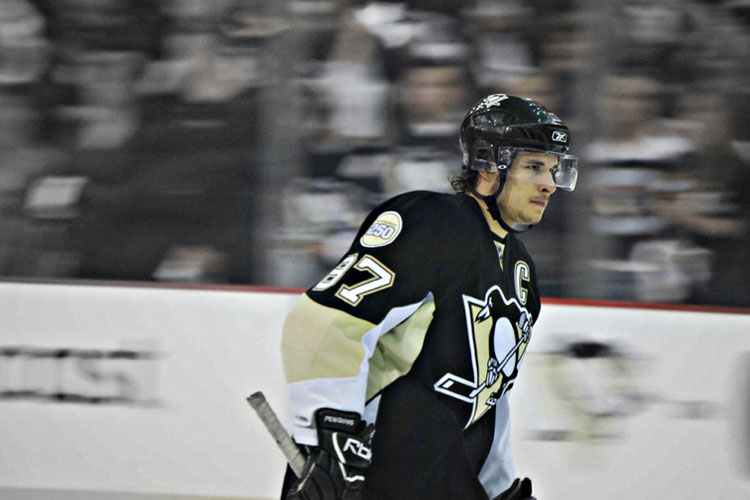 The Penguins’ title defense couldn't even make it to the banner-raising ceremony before adversity intervened.

The revelation on Monday that Sidney Crosby is suddenly recovering from another concussion seemingly saw to it that there would be no picking up where the Penguins had left off, not even for 20 minutes or so against Alex Ovechkin and the Capitals.

That banner the Penguins intended to officially celebrate on Thursday night was secured with speed and skill.

But more than that, the Cup was won with intangibles, with mental toughness, determination, conviction and resilience no matter who happened to be in or out of the lineup on a given night.

Sidney Crosby’s latest situation, while worthy of concern given his history with concussions and his stature in the organization and in the game, is merely a continuation of what the Penguins became quite accustomed to overcoming a season ago.

“It is what it is, you know?” offered head coach Mike Sullivan, the architect of a profound mental makeover that re-invented the Penguins last season to the extent that they became re-born. “Injuries are part of our game. Part of the challenge is for us to try to help Sid get healthy as quickly as possible and that’s what we’re going to do. We don’t look at it any other way.”

It’s not that Sullivan isn’t concerned about his player.

But he’s not about to let concern for any player, even that player, or anything else get in the way.

“For me, frustration at this point is a useless emotion,” he said.

Actually, at any point; that’s how Sullivan rolls.

The Penguins were talented when he arrived last December, but they were also baby-food soft.

They were the type of team that buckled under pressure, that became frustrated far too easily and whined far too often.

Sullivan went about the business of changing all of that on Day One.

They didn’t become any slower or any less skilled throughout the well-conceived and calculated attitude adjustment, but they became a lot more determined individually and collectively.

Enough to win a championship.

The quest for another one starts where the last one ended, with or without Crosby.

So it has been written in The Gospel According to Sully.

Remember all that inspiration from last spring?

By the time the Penguins made their way to San Jose last season, fans who had been playing close attention knew such mantras by heart.

And the players had long since accepted them as ways of life.

“You just approach it with kind of a day-to-day mentality,” Crosby said of his recovery.

He appears more than equipped to do so without any accompanying consternation or anxiety for as long as it takes.

And this time, so do the Penguins.