Could Jason Momoa Actually Jump from PNC Park to the River?

We take a thoroughly unscientific look at the question and reach something like a conclusion. 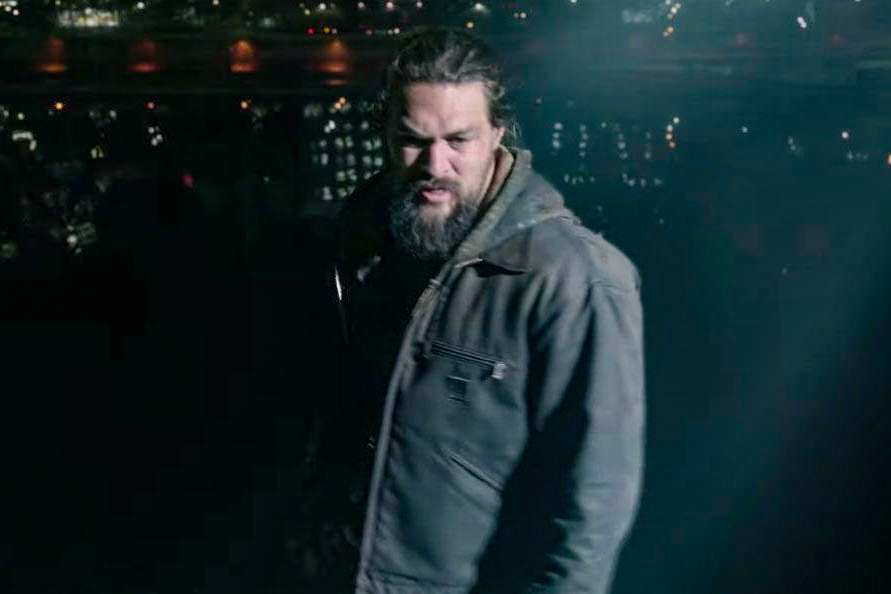 The latest Pittsburgh-shot film to receive a wide release, “Sweet Girl,” will be remembered for one key stunt. As depicted in the film’s trailer — and, wisely, twice in full during the movie itself — aggrieved widower Ray Cooper (Jason Momoa), fleeing the FBI, leaps off the roof of PNC Park and into the Allegheny River.

This scene left locals with one key question (besides any lingering confusion about the film’s unexpected twist, which we won’t spoil here): Wait, could he have actually made that jump?

First and foremost, we’d like to state for the record that, all further information aside, you should not attempt to do this. The Pittsburgh Magazine staff strongly discourages readers from leaping off of PNC Park or any other local landmarks.

We should also establish up front: No one actually did this. While PNC Park was used extensively during the scene, the rooftop moment was filmed in a studio, with the long shot of the jump created digitally. Neither Momoa nor his stunt team actually lept from the ballpark.

Now, to the point. Using a thoroughly scientific process — we went over there and looked around — we believe we’ve come up with an answer: No, he probably could not have made that jump.

Between the roof edge where Momoa lept and the water, there are three areas: A stretch of the interior of the stadium grounds, commonly called the Riverwalk; a sloping green area separating the stadium wall from the trail; and a stretch of concrete, riverfront trail. All that would need to be passed by the rapidly falling action star if he wanted any chance of escape — and even that assumes there weren’t any boats docked along the trail.

Let’s pretend there are no obstructions — boats, geese, very surprised joggers — in the way. How far is it?

Complicating matters slightly is the fact that the roof does not run parallel to the riverbank in that spot; it’s at a bit of an angle from the water. Momoa would have to run at that angle, as only a small portion of the roof itself is flat.

Inside the park, that angle actually reduces the distance a bit; while portions of the riverwalk are much larger, the amount of in-stadium territory at that exact spot might be as little as 10-15 feet. Outside, though, it’s a different story; between the hill and the trail, we estimated a little less than 50 feet in a straight line between the stadium’s outer wall and the water.

Even if we round that down to 45 feet, and use a probably-conservative 10 feet for the interior span, that’s a 55-foot distance. To hit the water, Momoa would have to travel horizontally nearly twice the length of the world long-jump record (29 feet, 4.25 inches).

The exact nature of Cooper’s vocation in “Sweet Girl” is ambiguous, but I’m pretty sure he wasn’t an Olympic track-and-field athlete.

Admittedly, Momoa wouldn’t have to make that length on a flat plane, like a long jumper would; he would continue advancing forward as he fell. Still, this probably wouldn’t be enough to get him to the Allegheny; it’d only take about 2 seconds to fall from that height, and judging from our extensive research (we watched some base jumping videos on YouTube), even after a second or two, falling tends to get a lot more vertical than horizontal.

We are certainly open to being proven wrong — email us if you are a physics, jumping, or stadium-based daredevilry expert with a dissenting opinion — but, from what we can tell, we don’t think that Jason Momoa or anyone else can jump from the roof of PNC Park to the river.

Now, if you had a zipline, that’d be fun. Make it a promotion for next year: Buy a Pirates ticket, zipline across the Allegheny! It’s the fastest way back to the parking garage!