The team behind the locally produced drama "The Unsung" invites you to a cast and crew screening of their film. 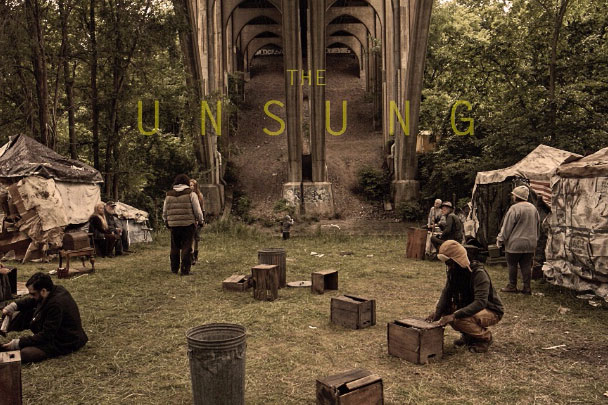 The locally produced indie flick “The Unsung” will receive a test screening this Tuesday at The Oaks Theater — and you’re invited.

Created by Churchill Pictures (yes, named after the borough), “The Unsung” follows a wanderer turned vigilante as conversations at a homeless encampment lead him to hunt down a serial killer. The trailer for the film, with touches of backwoods drama, comic-book mystery and procedural thriller, can be seen below.

“The Unsung” was conceived by Churchill Pictures founders Damiano Fusca and Jared Bajoras ten years ago, when the pair was working on their first feature, “Deference,” an award-winner at the Las Vegas Film Festival. Bajoras, who also stars in the film, was part of the cast for the well-received play “The Elaborate Entrance of Chad Deity,” staged by barebones productions at the Ace Hotel Pittsburgh in early 2017.

Churchill Pictures says that a portion of any proceeds from future screenings and events will be donated to area homeless shelters.

The cast and crew test screening, set for 7:30 p.m. on Tuesday, has limited space available for the public; to make a reservation for the free event, email theunsungmovie@gmail.com, and check out the trailer below.