The unique eatery has operated on or near the University of Pittsburgh campus for seven years. 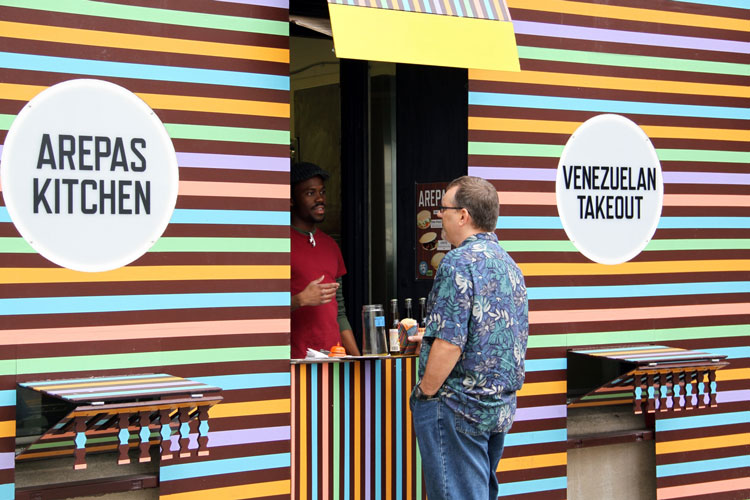 The end of May will mark the end of Conflict Kitchen’s restaurant at Schenley Plaza in Oakland.

“Although we will no longer be based in Schenley Plaza, Conflict Kitchen will continue to expand our educational initiatives throughout the greater Pittsburgh region with the production of curriculum, performances, public events and publications with cultural institutions, community organizations and schools,” the restaurant said in a Facebook post.

Conflict Kitchen gives perceived Enemies of the State a culinary voice in an attempt to foster greater understanding of their culture. The cuisines of North Korea, Cuba, Iran and Venezuela all have been featured, and the food comes wrapped in interviews with both current conflict zone residents and citizens in exile.

Conflict Kitchen, which is currently connected to a research center at Carnegie Mellon University, is funded almost entirely by its customers and donations. “Moving forward, Carnegie Mellon University will no longer provide administrative support for the restaurant, though it will continue to maintain administrative assistance for our creative and programmatic activities,” the restaurant said.

The restaurant’s last day of operation will be May 31.