Pittsburgh Magazine selected Community Kitchen Pittsburgh as our inaugural Community Impact Award recipient in recognition of the organization’s commitment to moving at-risk community members into the workplace, with a focus on helping them find employment in the foodservice industry. 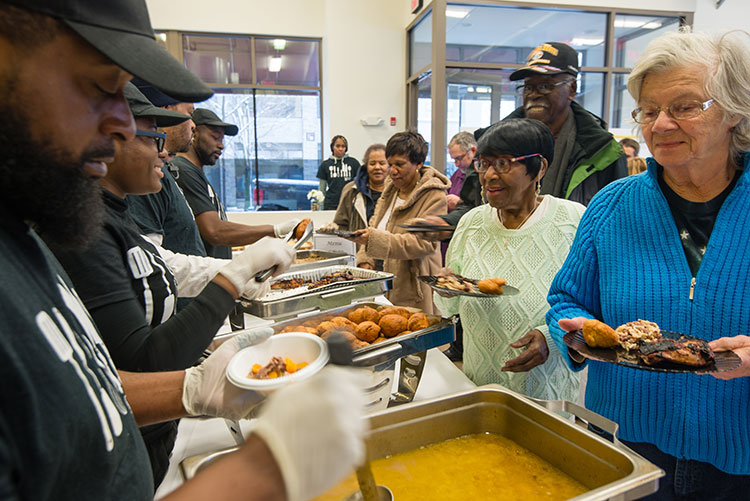 Flanagan founded Community Kitchen Pittsburgh, part of the Catalyst Kitchen Network, in 2013 as a means to assist people who find themselves struggling at the margins of society following time spent incarcerated or due to substance abuse issues, and often a combination of both, as well as people who are just struggling to get employment without a formal education, or are dealing with other barriers. 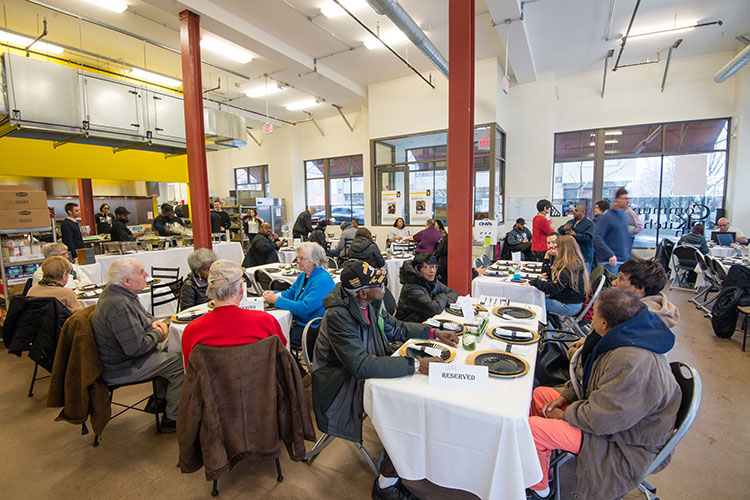 Here’s how it works: Participants enroll in a 12-week, fully immersive program during which they have the opportunity to learn a wide variety of culinary and life skills. The curriculum begins in the classroom with basic food safety information and testing for ServSafe certification. Then it’s on to kitchen training to learn knife techniques and other skills. Finally, students move up to tiers two and three, in which they prepare meals for institutional food service, catering and other establishments. All along the way, participants also are exposed to employment skills such as resume building and interview techniques, as well as life skills such as conflict management and nutrition. Community Kitchen Pittsburgh is, as of this year, licensed as a vocational training program through the Pennsylvania Department of Education, which means that graduates get 15 credits transferable toward a culinary degree at Community College of Allegheny County.

“For us, it’s about moving people who are outside of the economy back into it. Our successful clients are people who want to work but are unable to get back in on their own because of their barriers because they have things going on. They just need someone to help,” says Flanagan. 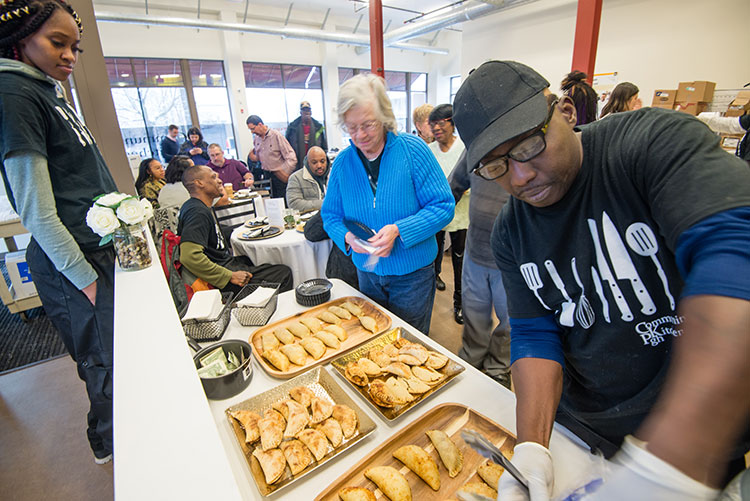 Community Kitchen Pittsburgh has broadened its reach over the past two years as it’s settled into its new, two-floor home in Hazelwood, making it significantly more front-facing with its programming. The nonprofit’s eat-in permit allows it to welcome guests into the building for meals, it has a catering permit to cook for offsite events and is licensed by the USDA, which opens up the possibility of canning, jarring and preserving for internal purposes but also allows for white-label processing, which they currently do for two companies.

Every Thursday, Tier 3 students prepare a “Showcase Lunch” that is open to the public. The $5 meal allows the soon-to-be-graduates to demonstrate the culinary skills they have learned — often peppered with a bit of their individual creativity. Plus, it enables the general public to get a sense of what’s happening at Community Kitchen Pittsburgh. The participants also threw a weekly Friday fish fry during the Lenten season — it featured, in this critic’s opinion, some of the best fried fish of any of the seasonal fries. 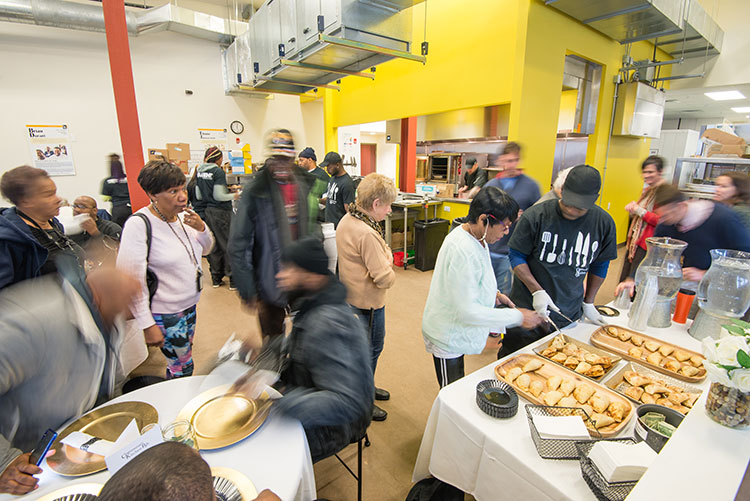 “The point is to make sure that our students get in front of these chefs, and the chefs get an opportunity to work with our students so they can see what they can do. It’s also an opportunity to bring people into our space and to let them check us out to know what we are doing,” says Flanagan, noting that the $30 meal price makes the evening accessible to a broad section of the community. 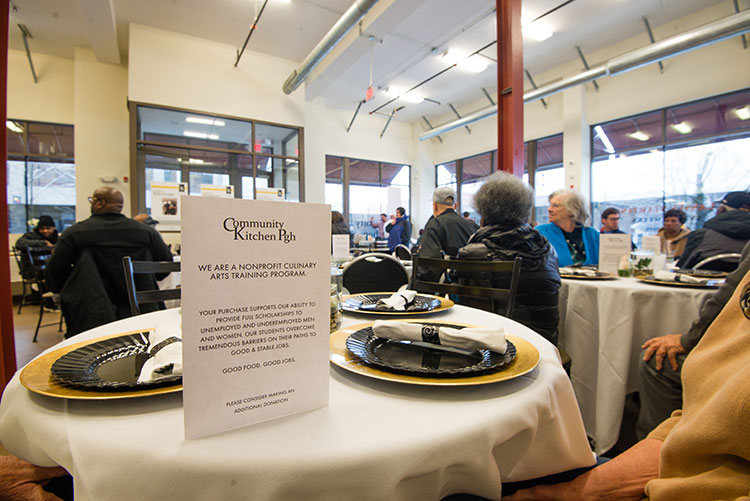 The program has proved to be working. Community Kitchen Pittsburgh is a model member of the Catalyst Kitchen community, and its graduates are employed in restaurant kitchens big and small throughout the region, as well as in institutional settings such as hospitals and universities. And, most importantly, it’s changing people’s lives. The average re-incarceration rate in Pennsylvania is approximately 22 percent, while Flanagan says the rate of incarceration among Community Kitchen Pittsburgh graduates is just 5 percent.

“We have lots of stats like that, but for me, it’s about telling people that they’re working now. The impact is beyond culinary. It’s taking people where they are and helping them move to where they want to go next,” Flanagan says.