Collier’s Weekly: Why Political Ads on TV Are a Waste of Your Time

No one among us — from endlessly informed political wonks to steadfastly uninterested social ostriches — is dumb enough to actually be convinced by these ads. 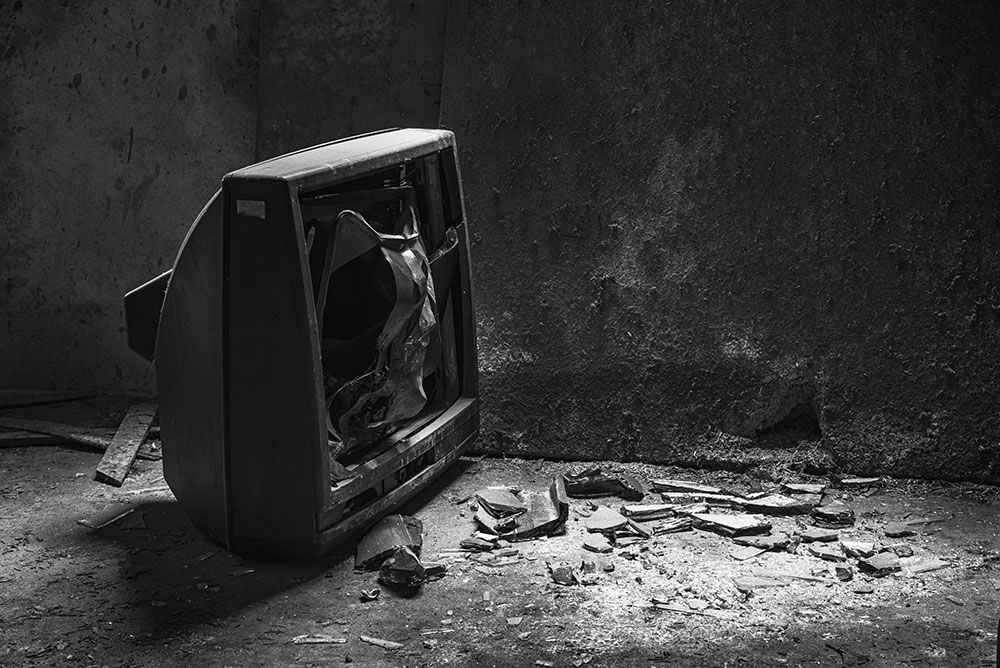 Okay, we’re gonna have a new rule around here. I need everyone on board with this one. Ready? Here it is: We’re not gonna look at the political ads on TV.

We’re not going to ban them, stop them or beg the networks to refuse them. We’re just not gonna look at them. When they occur in our general vicinity, we’re going to steadfastly refuse to set eyes on them.

These campaign commercials, as we all know, are utterly pointless. They’re about as close to actual political discourse as a cat walking across a piano is reminiscent of “Moonlight Sonata.”

This is a rare truth that holds, evenly, across the political spectrum; left, right, or independent, TV ads are pointless. If they’re positive, they’re insubstantial assurances that a candidate is a generally respectable American, peppered with a few meaningless buzzwords — less platforms than rotten wooden planks. When they’re negative, they’re accusing a rival of either not being a real party representative, being too much of a party representative or being an insufficiently defined party representative. (To be clear: Any such charge is inherently ridiculous. Tell us what you stand for, not what precise shade of red or blue you are.)

So: We’re not gonna look at them. If you’re already accustomed to glancing at your phone during the commercials, this is easy; I recommend taking the extra step of muting your TV and watching YouTube or TikTok, something that makes enough noise to ensure you won’t accidentally glance at the screen. If you’re not glued to your phone, get up and walk around the house during ad breaks; it’s good for you!

What, you like to get comfortable and stay cozy — and you don’t keep your phone on you? Hmm. Maybe get used to having a book on hand. Something you can flip through, like the “Guinness Book of World Records,” maybe.

I’m not going to argue that these ads shouldn’t exist. For one thing, there’s the Constitution to think of, a document which (I’m told) has some vague points to make about speech. But moreover, campaign ads are doing a fine job of pouring millions and millions of dollars into local media networks, which have long been ailing and suffered greatly during the pandemic. I absolutely want every candidate’s campaign, affiliated PAC, unaffiliated Super PAC and party hangers-on to funnel money toward news-gathering organizations and their affiliated networks.

I just want to be very, very sure we’re not actually looking at those advertisements.

For months, we’ve been inundated with claims, counter-claims, denials and affirmations regarding each and every candidate’s feelings on the economy, immigration, jobs, inflation, COVID, prescription drugs, the Steelers’ secondary, the Supreme Court, Joe Biden, Donald Trump, Will Smith, Nancy Pelosi, Mitch McConnell, Sheetz vs. Wawa, Ukraine, Afghanistan, the southern border, the northern lights, free speech, guns, which regional outposts of popular chain restaurants have kinda gone downhill lately, energy, personal freedoms, existential ennui, civic duty and whether or not Pennsylvanians are, in fact, salt of the earth, hard-working families and patriots. (Okay: Most agree on that last point, and they all seem rather fond of us.)

No one among us — from endlessly informed political wonks to steadfastly uninterested social ostriches — is dumb enough to actually be convinced by these ads. No one looks at a 30-second collection of out-of-context quotes and broad generalizations and thinks, “Gee, I have changed my mind as a direct result of this obvious propaganda.” We’re all too smart for that — and, frankly, most of us are far too firm in our political opinions to be swayed so easily.

What such advertisements do, however, is remind us of the divided, acrimonious political environment we find ourselves in. At a moment of our day when we’re simply trying to relax and watch “Jeopardy!” we are unwittingly deposited smack in the middle of an endless political donnybrook. It’s bad for our collective mental health.

So we’re not gonna look at them. We will leave them be. We will allow these desperate and debased missives to shout into a void, and we will pay them neither attention nor respect. We will inform ourselves on our own time, and we will vote, and the process will continue free of bite-sized campaign detritus.

Maybe just change the channel when the political ads come on. Put on one of those cable networks that plays “The Office” 24 hours a day. There are like three of them. Everybody likes “The Office.”