The inviting new Smiling Moose brings a bit of South Side character to the suburbs. 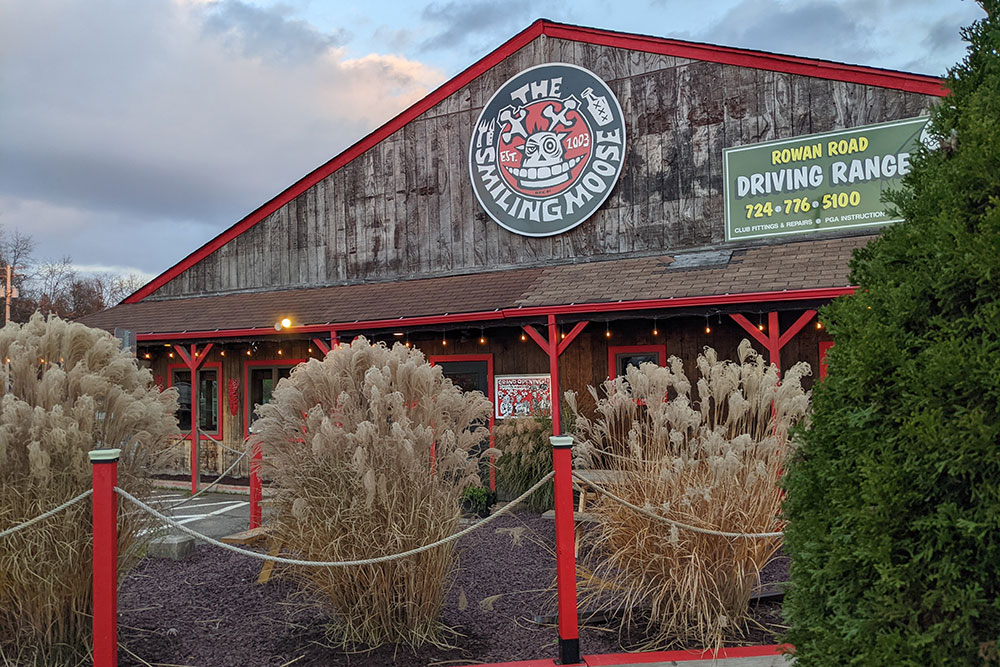 Sometimes, city dwellers hit their 30s and move to the suburbs. If you’re in the habit of looking your old high school classmates up on Facebook, this is a thing that seems to happen about once a week, forever.

Until last week, I did not know that this was a thing that could happen to bars.

Yes, there are plenty of urban restaurants and chains that have opened suburban, exurban or Floridian outposts. But I didn’t think that a proper, one-location bar could thoroughly undergo the same city-to-burb transition.

Until I visited the Smiling Moose in Cranberry.

The new, northern outpost of the South Side staple is tucked off of Rowan Road, spitting distance from the ultra-sprawl of Route 19 yet just far enough away to catch a hint of the old, sparse community Cranberry once was. It boasts a menu heavy on sandwiches and burgers (including an Impossible option) and satisfying, straight-down-the-middle pub grub. This Moose has a handful of decent drafts and — lest you forget what county you’re in — a kid’s menu.

It’s more of a roadhouse than a row house, with a wooden exterior housing two large, light rooms. Banks of windows let plenty of light in during daylight hours, then turn the bar into a glowing streetside beacon when the sun sets. There’s a hard edge to the rock soundtrack, which switches decades but maintains its bite — Montrose, Anthrax, Killswitch Engage.

The food is good. The service is friendly and attentive. The atmosphere is welcoming, a bit of corner-dive spirit packaged in an almost VFW-esque box. One thing is unabashedly shared between the Moose on Carson Street and the new installment: A lack of pretension, whether hipster or highbrow. There’s no standing on ceremony at either Moose.

Still, I can’t get over the resonance of a Cranberry Smiling Moose: Our little bar has grown up and struck out on its own (or, rather, branched out; the original Smiling Moose is alive and well on Carson).

The particular symbolism of the new location didn’t hit me until I was in the men’s room. The walls of the bathroom are covered in images of long-ago concerts at the original Smiling Moose — flyers advertising punk and hardcore bands that once played furious sets in the small concert venue above the main bar on Carson.

It’s like wearing your Black Flag T-shirt to Costco. Yes, you’re still punk, but some things have definitely changed.

I don’t mean this as a criticism. I like the original Smiling Moose, and I like the new one; if I were a Cranberrian (Cranberrite?) and this place was down the street, I’d be thrilled. It’s a good, solid neighborhood bar that retains the spirit of the South Side original with some more grown-up touches. I like it.

It’s remarkable, though. A South Side staple branching out to see what life is like up north, trying to find a way to retain its identity within the comfort of its new confines. You could set a novel here.

Did I mention that there’s a driving range out back? Because there is. When you’re ready to trade your late nights for early tee times, head to Cranberry, I suppose. There will still be a Moose for you.