The failure to redevelop the former Western Penitentiary — or even to sell a nearby house — is the result of politicians misunderstanding their jobs. 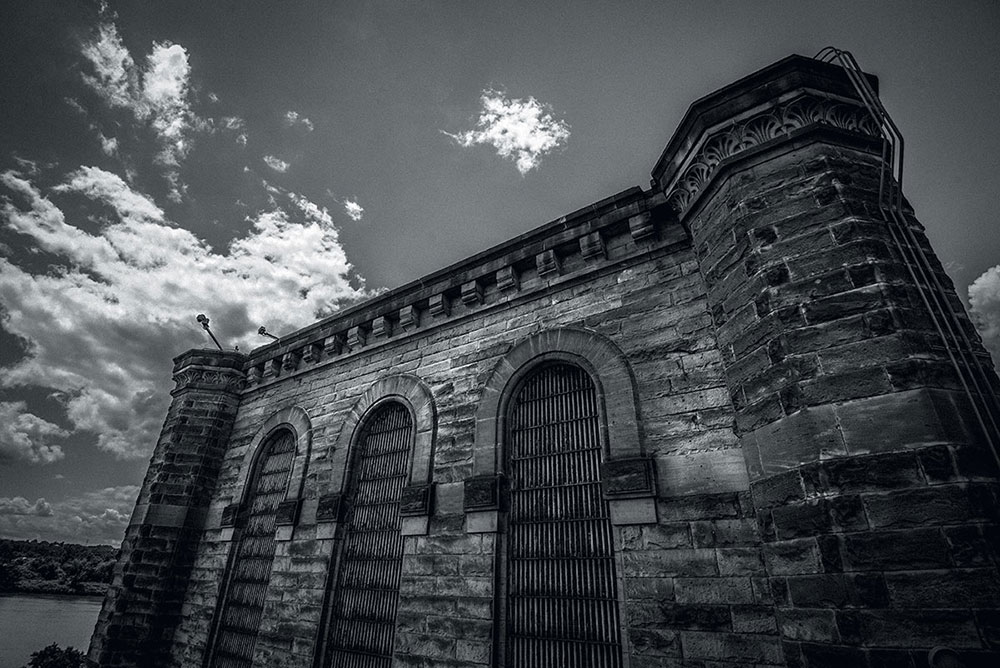 I’ve been trying to make it to the jail.

The old one, not the new one. Both the current SCI Pittsburgh and the former Western Penitentiary now sit alongside riverfront trails. When I start a run at the Pittsburgh Magazine offices on Washington’s Landing, I can cover a good chunk of the journey to the slowly decaying old structure. At my best (a few years ago), I could keep going for a mile or so past Rivers Casino.

A funny thing happens on the trail at that point. For miles, the North Shore Riverfront Trail runs alongside landmarks: PNC Park, Heinz Field, the Carnegie Science Center, the Casino. And then … it’s just a trail again. A lovely one, and one that occasionally intersects with docks and marinas. But the row of titanic attractions suddenly ceases.

There are plenty of interests that would like to further develop the banks of the Ohio River as they stretch away from town; the former jail currently takes up a large chunk of prime real estate, one that developers have had their eyes on for some time.

It looks like they won’t get anywhere near it, though. In fact, no one can even get to the warden’s house.

The former warden’s home, about a mile from the jail grounds, had an offer from hopeful homebuyers in June. The house, like the jail, sits on state-owned property, so the sale would have to be approved by the state legislature.

A bill was proposed in Harrisburg. It died in committee without explanation.

According to the Pittsburgh Post-Gazette, the prospective homebuyers have moved on and found another home. They wanted the property, they were ready to buy the property; Harrisburg stood in the way.

Why? According to lawmakers that forwarded the bill, the state’s Republican representatives will not move on any legislation authored by a Democrat — even one with no conceivable partisan lean.

Rep. Emily Kinkead, who represents the portion of the North Side that includes the former warden’s home, told the Post-Gazette, “It’s clear that the process has broken down when you’re in such a partisan situation that you can’t even sell someone a house.”

To say the least.

Since the turn of the century, the loudest and most obnoxious voices in American politics have shoved civil discourse into something more reminiscent of a call-in sports talk show. Wide swaths of the electorate no longer seem to consider issues and evaluate their own stances; they merely cheer for the blue team or the red team, seeing their own side as principled fighters for justice (seldom true) and the other side as destructive heathens (usually at least a bit of an exaggeration).

While I don’t want to get into an equivocating, both-sides-are-bad argument — those tend to oversimplify very real societal divides — the left and the right are not supposed to dig their elegantly shod heels in over such matters as the selling of an abandoned house. At both the state and federal level, the general idea is that opposing sides should work toward a solution to problems, not merely try to strongarm their own agendas and ignore any proposals (even the utterly innocuous) from the other side.

Ideally, most of the machinations of these houses would be fairly dull. Most bills would pass with general support, regardless of party; a few per term would come down to the wire, but even those would involve a smattering of aisle-crossing.

At the civilian level, we need to keep in mind that your political party is not, in fact, your identity. You do not need to hang signs and flags proclaiming your allegiance from your home (or, worse, your truck) year-round; if you must, a modest campaign sign for a month or two before election day will do just fine, thanks. Your party of preference does not belong in your Twitter or Facebook bio.

And no one ever looked good in a baseball cap bearing a political slogan.

As for the intransigent politicians in question: Your job is not to ensure re-election, nor to defeat your opponent at every turn. If you cannot clearly point to the areas where your district has improved during your tenure, you’ve failed — and judging by approval polls, some of yinz are perfectly happy to fail as long as you keep your jobs.

At the very least, start looking at your congressional co-workers as (at least occasional) collaborators. Yes, there are big issues where the gap is real; that doesn’t mean you can’t get together to sell a house.

Come to think of it, football players are much more civil. At least they shake hands after the game.

Correction: A previous version of this column misstated the location of the former warden’s home. It sits about a mile away (within Rep. Kinkead’s district, which does not include the former jail itself) on Shadeland Ave.