Collier’s Weekly: The Great Bar on the North Shore 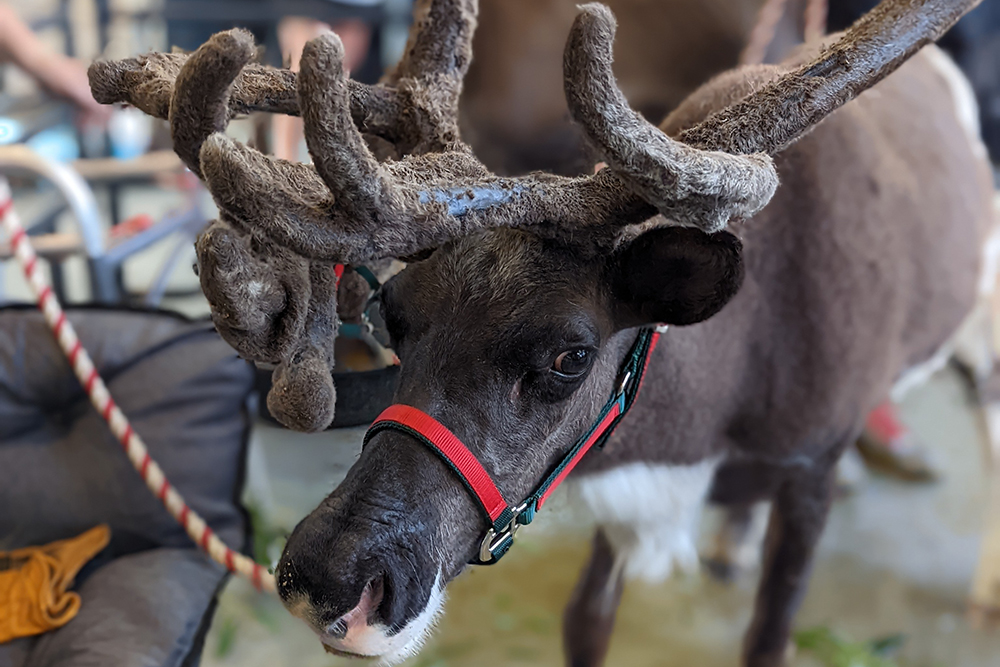 You never know what to expect when you attend a Major League Baseball game. Perhaps you’ll see defensive acrobatics, an offensive explosion or a history-making performance on the mound.

Even with some awareness that I was walking into “Christmas in July” night at PNC Park — a promotion designed to give some spice to a routine Friday-night tilt with the Miami Marlins — I wasn’t expecting livestock of any kind to be present. Yet there they were: a pair of adult reindeer, standing beneath the center field bleachers. (And peeing constantly, right there in the concourse. Where do they think they are, Three Rivers?)

Theme nights and promotions were once limited to pre-game activities, so that fans could enjoy whatever assorted hoopla was on offer then head to their seats to, y’know, actually watch the game. While some purists insist that baseball requires no more adornment than an organist and a hot-dog cart, I assure you that I have no objection to assorted hoopla; before and after the game, I’m all for as much fun as you can pack into a sweltering evening on the banks of the Allegheny.

Friday’s game, however, was the first time I noticed the promotion continue during the game itself. (I’m sure this has been the case for a few years now; it’s just the first time I was aware of the change.) Those reindeer remained in their pen at least until the 4th or 5th inning with a queue of curious fans lining up to pet them. A few sections over, Santa and Mrs. Claus — dressed in warm-weather gear, thankfully — posed for photos.

The sole moment of competence for the Pirates in that night’s 8-1 loss, by the way, was the first big-league homer by catcher Jason Delay. As it soared into the stands, Santa didn’t even throw a curious glance over his shoulder.

The change in center field goes beyond the occasional mythical gift-giver or disinterested caribou. Along the riverwalk, several bars have been installed — not concession stands selling beers, but full bars with stools lining massive service areas and nearby high-top tables. Added playground equipment and exhibits for kids tempt rambunctious children away from the grandstand; a series of larger-than-life bobbleheads make for great Instagram material.

I’m of two minds about these outfield enhancements. I can’t deny that the new additions are impressive and fun; there’s a great, locally sourced beer selection, and the general hangout vibe of the area is good for friends and families to chat and catch up, an activity that simply doesn’t work across four or six seats in the bleachers.

I think this area also serves to divert the presence of folks who weren’t gonna pay much attention to the game anyway. Did you just wanna wear your Buccos gear and hang out with friends? Do it out here. Kids not paying attention to defensive schemes? Have them climb the big ships-mast thing. Here for the beer and the vibes? The Riverwalk has you covered.

On the other hand, it does feel that the team behind PNC Park would rather have you doing anything besides watching the game in progress. Buy beer, buy food, take advantage of all these photo opportunities so you can post to social media and show all of your friends (and the park’s potential customers) what a great time you’re having. The fact that a baseball game is occurring is entirely incidental.

If these “fan experience enhancements,” as they’re officially dubbed — and what an impressive bit of corporate non-speak that is — get more people into the ballpark, where they may at least occasionally catch a bit of a baseball game, I suppose they’re harmless. I only hope that this isn’t a sign of a future where Major League stadiums are less collections of grandstands and more massive outdoor nightlife districts surrounding a neglected ballclub.

As much as I might grouse, though, I remain a sucker for gimmicks. How do you think I know what Santa was doing during Delay’s homer?

I was in line for a photo.