There’s almost certainly a band playing nearby this summer that brought you joy in high school — whenever you graduated. 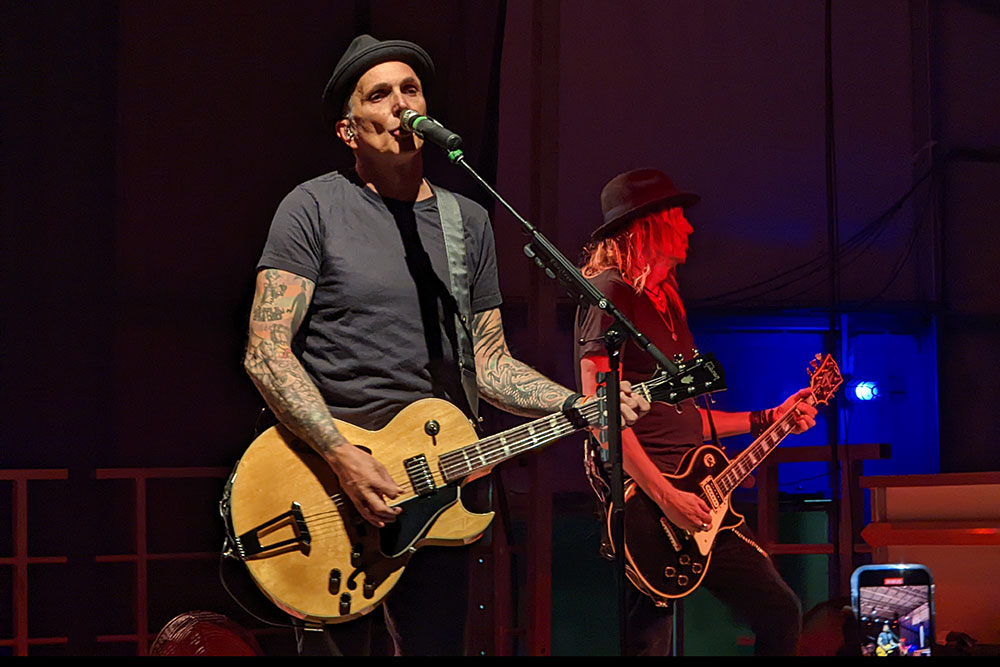 ART ALEXAKIS OF EVERCLEAR PLAYS ON JUNE 24 AT THE HOLLYWOOD CASINO AT THE MEADOWS. PHOTO BY SEAN COLLIER

On Friday, I went to The Hollywood Casino at the Meadows — or, as we’ll inevitably call it forever, still the Meadows — to see the alternative rock band Everclear. The tour was nominally a celebration of Everclear’s 30th anniversary, but it was mostly a mild evolution of something the band has been up to for about a decade now: Getting some other bands that were big in the late ’90s and very early ’00s together for a package tour.

I am typically very interested in seeing bands I was into during junior high and high school. My visit with Everclear came only about a month after I excitedly saw The Offspring at Stage AE; at that show, I realized that The Offspring was now the only band I had seen at least once in the ’90s, ’00s, ’10s and ’20s.

Do I go to see, y’know, new bands? Sometimes. It depends on how liberally one uses the word new.

Around here, we have a great many opportunities to revisit bands we liked around the time we learned to drive — regardless of when exactly that was. The calendar at Jergel’s Rhythm Grille is usually stacked with acts that had a hit or two sometime between 1979 and 2005. Star Lake offers plenty of the same; there are current favorites on the exurban amphitheater’s calendar this year, but they’re given equal weight to the likes of the Backstreet Boys (for the Millennials), Alice in Chains (Generation X) and Santana (hey there, Boomers).

Star Lake, as you may know, is a big venue. PNC Park is even better. Over the course of one weekend this August, it’ll host Billy Joel, Def Leppard and Metallica. All hitmakers; all a long way from their last hit.

It’s no nuanced observation to say that nostalgia is a big draw; people like to hear the songs they know by heart, and in a fragmented culture, there are fewer of those than there once were. But we seem particularly inclined to our adolescent favorites around here, and I’m clearly as big a proponent as anyone. So I went to the Meadows not just hoping Everclear might play “A.M. Radio” (they did) and “Amphetamine” (no such luck), but also with an eye to defining why, exactly, I’m so eager to revel in songs that are old enough to vote.

I got my answer early. This tour also features the pop-alt outfit Fastball, whose hit “The Way” was a radio staple for a decade, and the mid-’90s grunge act The Nixons. I knew of The Nixons and had some recollection of their hit “Sister,” but it wasn’t one of my go-tos growing up. As the band played, however, I felt some emotions cropping up — nostalgia, yes, but also a vague memory of a particular type of teenage bliss.

Keep in mind, this happened not with Everclear, who I had real memories with, but during a band who wasn’t really on my radar; it was possible that I was hearing whatever song they were playing for the first time. Yet a dormont corner of my mind was shaken awake; I think that the particular kind of sound being pumped through those speakers had power over me all on its own. A certain vocal style, a certain guitar fuzz, a brand of beat — there’s a quality not just in the specific songs we remember but the style that activated us when we were growing up.

There’s something more to musical nostalgia than just the memories — there’s a chemical reaction to it. We go to get a hit of the way we used to feel.

The bands that played at the Meadows on Friday had more gray hair and fewer high notes than they did a few decades ago. (Well, except for The Nixons; through a combination of hair dye and good vocal rest, they looked like 1994.) But each could still provide that ineffable quality that convinces me, and everyone else who grew up with them, to keep going back.

It’s a nice thing. And we’re fortunate to have so many chances to experience it.