We love monuments to sports heroes around here — and, in the long history of Pittsburgh sports, no central trio of players has ever had a more dominant run. 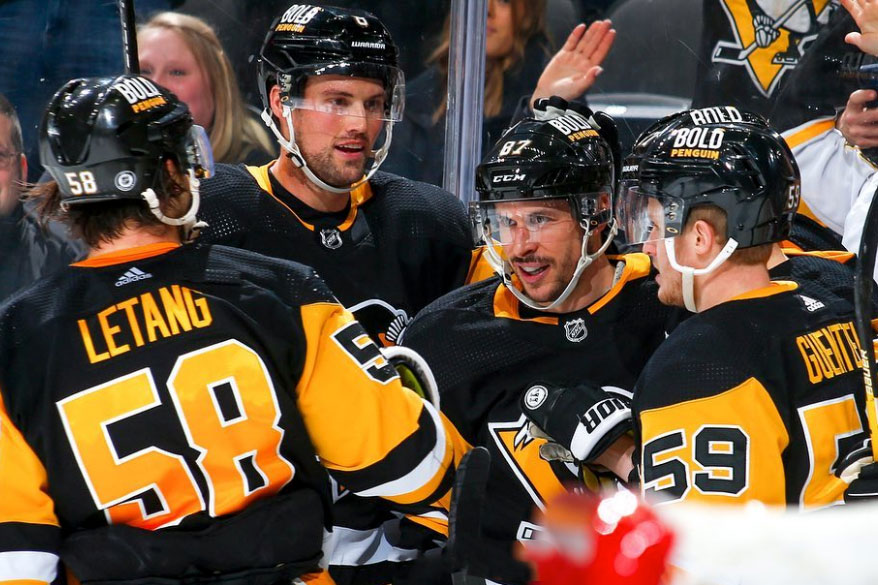 I’d like to call this meeting of the There Oughta Be a Statue Committee to order.

In light of the impending end of the newly dubbed “Golden Era” of Penguins hockey, it’s time we start considering a big, intimidating memorial to the players in question. Submitted for your approval: A big, bronze tableau of on-ice dominance. Let’s get a statue of Sidney Crosby, gliding down the ice, flanked closely by Evgeni Malkin and Kris Letang.

Yes, I know: We’re still working on the Statue of Liberty-sized likeness of Josh Gibson. We’ll table that one for now.

And sure, the Lemieux statue is still fairly fresh. But a stony likeness of the Penguins’ triad of dominance is, I think, in order — for one clear reason.

In the storied and successful history of Pittsburgh sports, no core trio of players has had a more successful decade of competition.

The Lemieux-Jagr-Barrasso Pens won a pair of back-to-back cups, yes. But the Crosby-Malkin-Letang family, as we know, did the same — only a few years after first etching their name on the trophy. Those three championships led by the same three players within a 10-year span is a remarkable feat.

In local sports lore, no era is more resonant and remembered than the Super Steelers of the 1970s, and for good reason; built around Terry Bradshaw, Joe Greene, Franco Harris, Jack Ham and a half-dozen other memorable figures, the team won four championships. (And yes, I am still in favor of getting a line of Steel Curtain statues guarding the riverbank, but that’s a subject for another day.) To Pittsburgh, the ’70s Steelers have achieved mythic status, more akin to ancient heroes than modern athletes.

It was also an era where good players, for the most part, stayed in place. The same can’t be said for most modern sports; while a Crosby-level superstar will often spend most of their career in the same sweater, having three core stars remain united throughout their collective glory years is almost unheard of. Look at the NBA — superteams assemble for a season or two then dissolve, with a new hyped squad rising each year (and, more often that not, failing to win a title).

That’s not to diminish the legend of the Super Steelers — but it is to say that the Crosby-Malkin-Letang years are the kind of thing that shouldn’t have been possible anymore, and likely is a convergence of power we’ll never see again.

A solo Crosby statue, perhaps? Maybe. He’s a singular player with GOAT credentials. But I think we wouldn’t have had the Golden Era without all three; Washington’s Alexander Ovechkin is among the game’s greats, but with support ranging from very good to great (but rarely elite), he’s only managed to bring Lord Stanley to the District once.

No — we need all three of these immortal birds, charging together. If it’s me, I position them across from Mario, skating ahead, as if Le Magnifique is getting ready to pass the puck to the next generation.

C’mon. We love statues. Let’s do it. Tell you what — we’ll do one in LEGO as a test drive. Go get your kids’ bricks.