In honor of Joan Jett’s big year in Pittsburgh, let’s try to find a band or performer who has conquered the entire region. 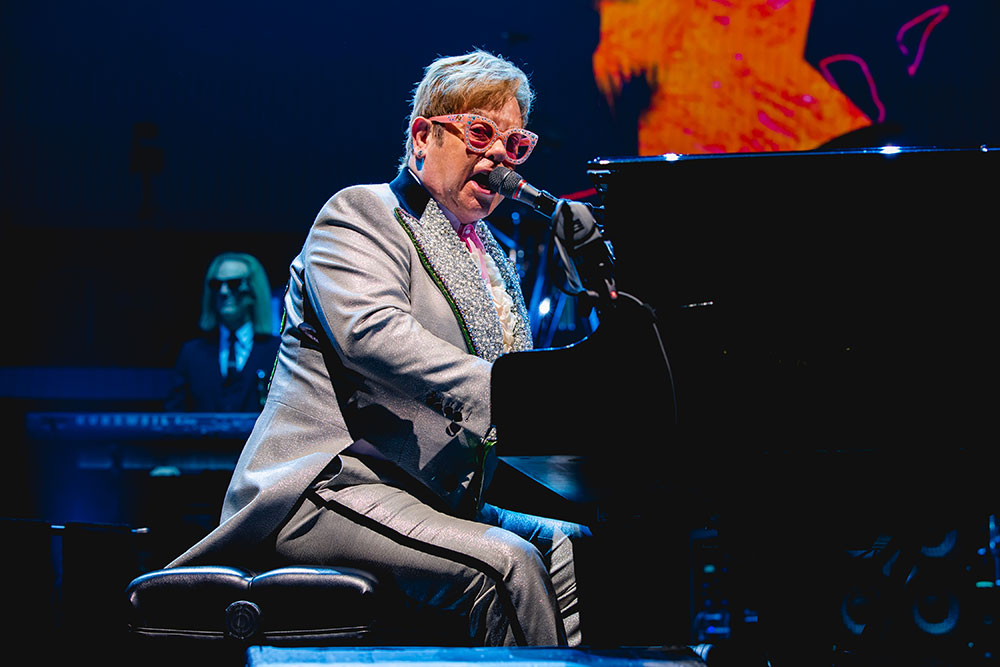 Joan Jett has racked up any number of achievements over the course of her trailblazing career, including induction into the Rock & Roll Hall of Fame. Next week, however, she’ll complete a feat no one has ever attempted: Performing at PNC Park and Light Up Night in the same calendar year.

Jett rocked the Pirates ballpark as part of the generically named Stadium Tour on Aug. 12, and she’ll headline Downtown’s Light Up Night festivities on Nov. 19.

That’s versatility. If you can warm up the frosty crowd on a city street and command attention in the middle of a packed stadium, you know what you’re doing. The announcement reminded me that I’ve also seen Jett in two other disparate scenarios: A stripped-down set at the no-frills Warped Tour in 2006; and, confusingly, popping up at WrestleMania 35 in 2018.

WrestleMania, Light Up Night and the Warped Tour makes for a pretty divergent trio. I bet, though, that someone has Jett beat in this regard. Who, I wonder, has played the most (and the most varied) Pittsburgh stages over the course of their career? Has anyone major band or artist played 10 different venues?

One caveat: They can’t be from around here. One year I saw The Clarks on a boat, in a bookstore, at a racetrack and in a club in the space of four months — and I’m pretty sure Bret Michaels has touched every microphone in the tri-state area. It has to be a visitor.

Let’s start with a heavyweight: How about Elton John? He’s been coming here for decades, so there must be some variety. Unfortunately for our purposes, he’s been too famous for too long; Sir Elton just visits major venues. He’s played both PPG Paints Arena and the Civic Arena, PNC Park and Three Rivers as well as Star Lake — impressive, but that’s just five. (By the way, I’m using the fascinating database setlist.fm for this search, which is impressive — but user-generated. We could be missing a few shows on some of these tallies.)

It would have to be someone with humble beginnings who got very big. OK: How about Blink-182, the recently reunited pop-punk outfit who has been popping by since they were anonymous ’90s dirtbags? Their Pittsburgh history starts out appropriately odd: From 1997-98, they played Club Laga, Metropol, the I.C. Light Amphitheatre and, of all places, the Golden Dome in Monaca. They also played Heinz Field as part of the short-lived Rolling Rock Town Fair in 2003. Add in Civic Arena and Star Lake and you get seven venues — close, but not quite.

OK — singer-songwriters! They show up everywhere! Let’s try Bonnie Raitt, she’s had quite a career. She’s been coming to Pittsburgh since 1986, when she made her local debut at the Syria Mosque … but has only toured sporadically since the 20th Century began. As far as I can tell, Raitt has only appeared on four local stages — the bygone Mosque, PPG Paints Arena, Heinz Hall and various incarnations of the big tent in Station Square (may it rest in overheated, no-parking peace).

I’ve got it: Alice Cooper. When he returned to town for a Stage AE gig a few years back, it was heralded as the 50th anniversary of his first Pittsburgh show. He’s also never really stopped touring. Let’s see: Heinz Hall, Star Lake, Stage AE, Duquesne’s since-renamed Palumbo Center, Station Square, Syria Mosque, the Benedum (née Stanley), Civic Arena, Three Rivers Stadium and the Electric Theatre (I’ll need an old-timer to tell me more about that one).

Ten! We did it! Well, unless someone else can name a more well-heeled performer, we’ll give the title to Alice …

Who could possibly play all of those places?

It’s Dylan. Bob Dylan never stops. Wait in one place long enough, and Bob Dylan will show up with a guitar.

Update: After receiving feedback on social media, we have a few other contenders to mention. The jam band Government Mule has visited at least 12 local stages: Star Lake, the Roxian Theater, Stage AE, Station Square, the bygone Riverplex at the Waterfront, the Carnegie of Homestead, Point State Park, the Byham, Metropol, Point State Park, Market Square and Rosebud. Elvis Costello and Ben Folds have also put up impressive numbers, though not quite as many as Government Mule, Cooper and Dylan. The winner, however, may be Bruce Springsteen. In the immediate vicinity, the Boss has played PPG Paints Arena, Soldiers & Sailors, the Civic Arena, the Pete, Heinz Hall, PNC Park, the Benedum, Three Rivers, Syria Mosque and Schenley Plaza, as well as a famous drop-in at Nick’s Fat City. He’s also appeared at the Cambria County War Memorial in Johnstown and at Youngstown’s Stambaugh Auditorium. And yet: he’s never been to Star Lake!