The Halloween attraction in Monessen celebrates its 30th season with an experience you won’t find anywhere else. 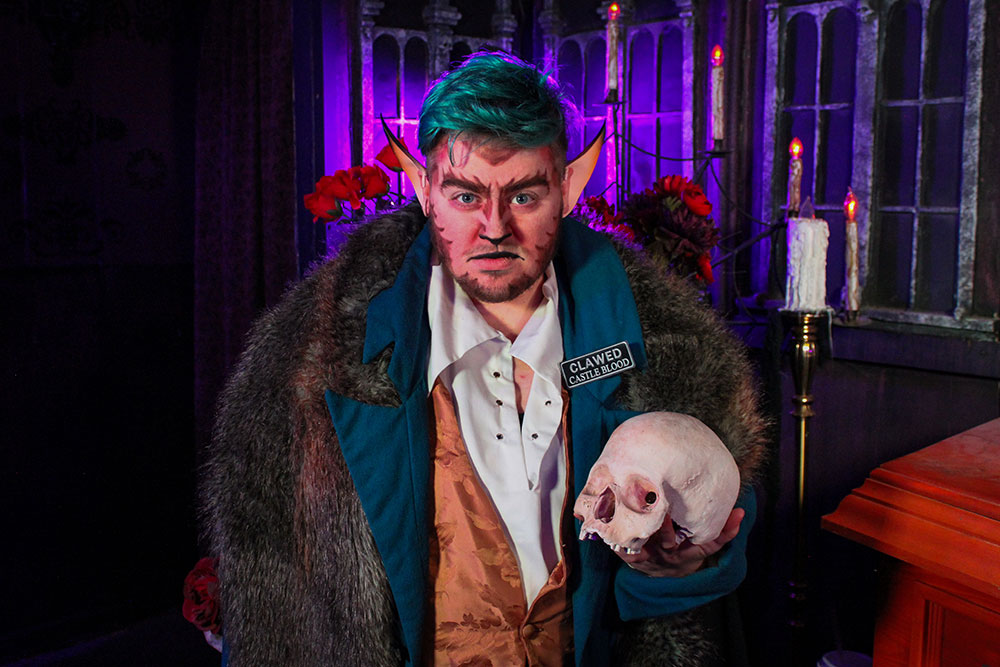 I love places that do things differently just because they can.

Castle Blood, the longstanding Halloween attraction that since 2014 has called a former funeral parlor in Monessen home, could do things the easy way. They have a fantastically spooky old building — one complete with genuine reports of hauntings, if you’re supernaturally inclined. (The cast member who interrupted his spiel to ask if anyone else had just seen the mysterious bright light around the corner certainly seemed convinced.) They also have remarkably detailed, fascinating sets, full of spooky ephemera.

It would be easy, then, to station characters around dark corners and behind the walls, delivering shocks to visitors as they wind their way through the attraction. That’s what most haunted houses do, and Castle Blood would no doubt do it well. 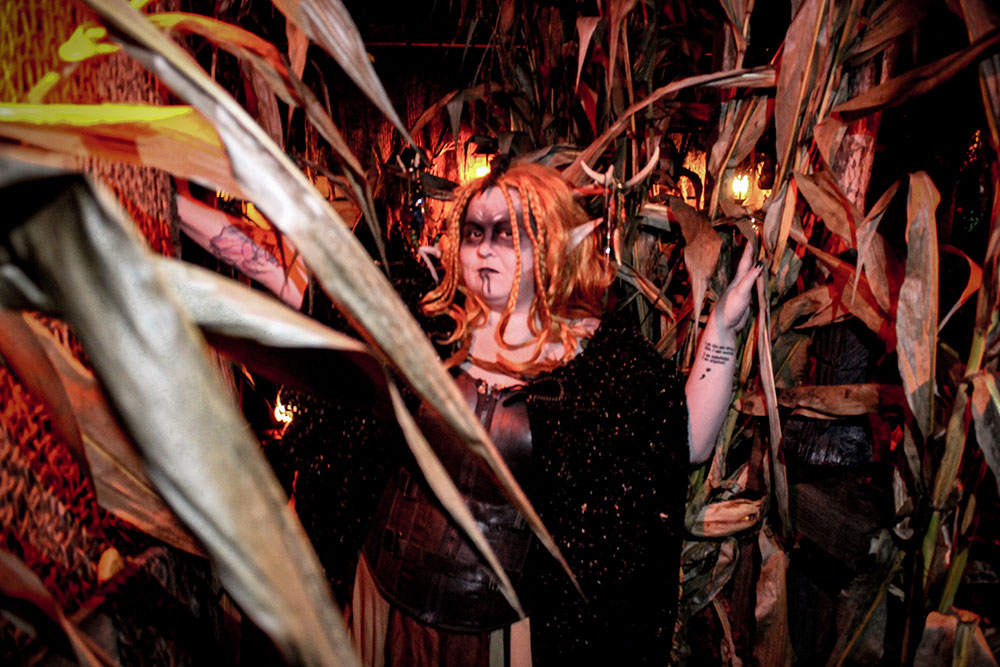 So what do they do?

Send packs of people on a quest to find hidden talismans, with a new challenge or objective in each room — like playing a particularly eerie video game in real life.

Do they have to do things that way? No, not at all. But they do. And it’s a great time.

I visited last weekend, knowing that Castle Blood was a bit different but not knowing exactly what to expect; when a performer outside the front door described the proceedings as “playing a game of Clue with the Addams Family,” I understood the vibe if not the assignment. No preparation or advance understanding, however, is necessary; all you need is a group of friends and an enthusiastic willingness to play along.

From one room to the next, committed and passionate cast members will set the scene — it’s a house full of relocated vampires, you see, with plenty of odd goings-on in its past — and give you a series of challenges. These might be metaphysical (in one of my favorite rooms, we were required to call out to visiting spirits and await a response) or more playful (my compatriots were stumped by a timed logic puzzle). 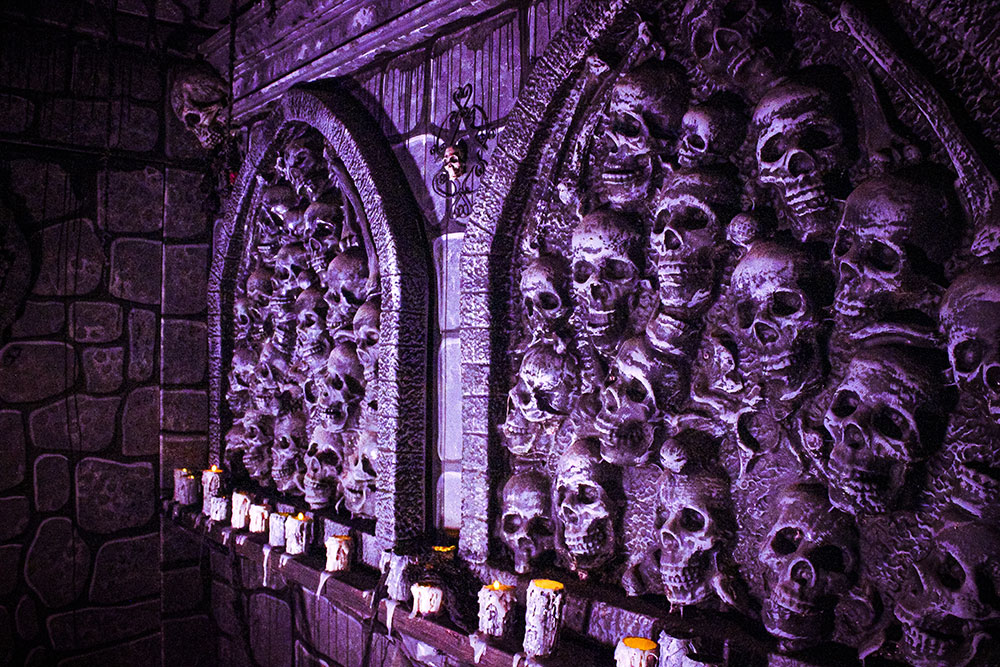 There’s a bit of an escape-room spirit to it, yes, but unlike most escape games — where the backstory is limited to a setting or a scenario — Castle Blood clearly has its own mythology, evidenced by cast members asking veteran visitors in my groups if they remembered stories and characters from years past. The performers, too, make it much different than escape rooms, putting a theatrical flair on even the more basic tasks.

I can intellectualize why it’s interesting and different, but here’s the important thing: It’s very, very fun. One moment, you and your friends — and do bring smart friends, by the way — will be desperately trying to decode a puzzle before the vampire across the room decides your time is up, then you’ll be studying the spooky details in the room, then you’ll leap backwards because an unseen performer was lurking just out of sight. It’s an excellent group outing for the Halloween season, and should be on everyone’s annual list. 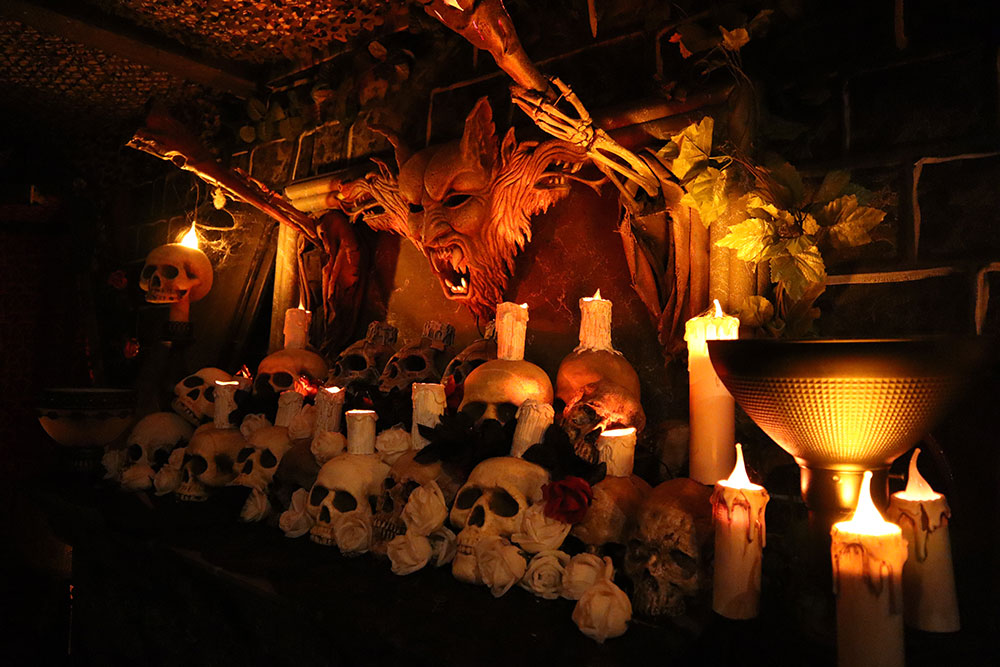 That annual list is growing. The roster of worthy haunted attractions in Pittsburgh is long, and I truly believe each brings a different specialty to the table; among my regular haunts, no two are all that alike. Castle Blood, however, might be the one that stretches the farthest, truly thinking outside the box.

Sorry — thinking outside the coffin. That one was too obvious.