Odds are, the Dukes will provide little resistance in their season opener. But if they do, it’ll be the greatest moment in the history of Duquesne football. 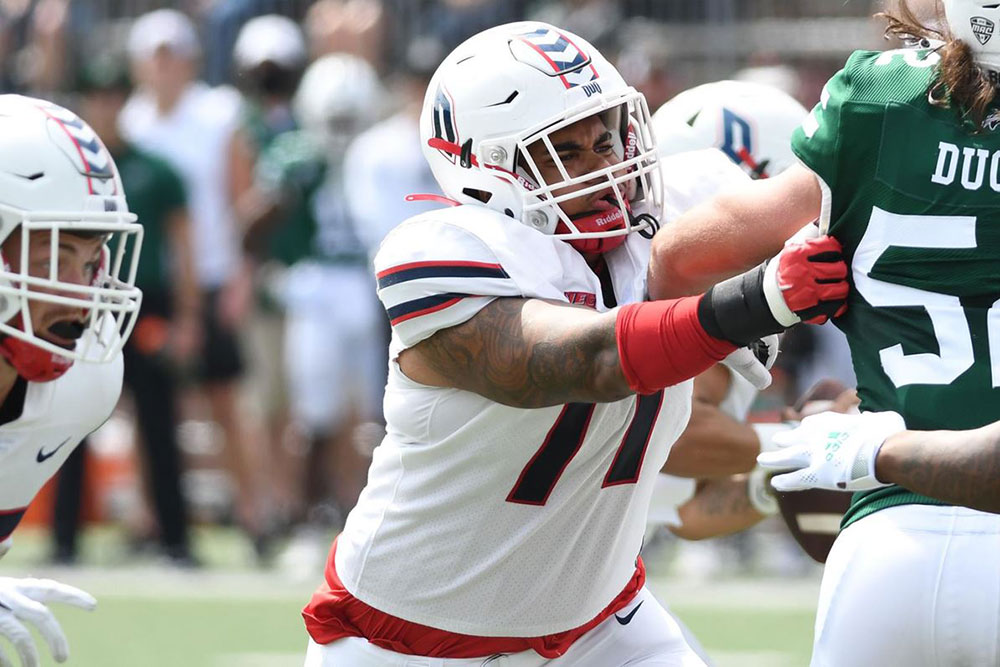 For more than 70 years, the city of Tallahassee — and, in a sense, the entire Florida panhandle — has been wrapped around massive Doak S. Campbell Stadium, the stately home of the Florida State Seminoles football team. The nearly-80,000-seat structure has hosted the storied team through three national championships, served as the home gridiron for a trio of Heisman Trophy winners and watched as its team defeated heavyweights such as Georgia, Auburn and LSU.

Occasionally, and with a great deal of money being thrust upon the smaller school, a college football titan will host an opponent from the second tier of NCAA competition as a sort of tune-up. This Saturday, Florida State aims to use the boys from the Bluff as something of a serious scrimmage before playing at LSU the following week, when their competitive schedule begins in earnest.

While games between FBS (that’s the big guys) and FCS (the lesser guys) schools can sometimes be competitive, that’s usually the case when a particularly good second-tier school meets a particularly bad first-tier school; no one is expecting the Dukes to hang with the Seminoles on Saturday.

Just don’t tell the Dukes that.

As the Post-Gazette reported last week, Duquesne is headed to Tallahassee with every intention of competing, preparing as best they can for the raucous environment and aiming to, as the cliche goes, shock the world.

Does that happen? Do FCS teams ever topple giants? Sure.

A handful of FCS teams win a match with a top-tier opponent each year; as mentioned, this is usually a case where one of the best of the former Division I-AA schools plays one of the worst teams in what was once Division I-A. To name a local example, the Youngstown State Penguins have pulled some shockers; they beat cross-state rivals Kent State three times in the span of four years between 1997-2000, and actually bested three upper-division squads in 1990 (Eastern Michigan, Akron and Ohio University). Furthermore, as Panthers faithful need not be reminded, the Penguins beat Pitt 31-17 in 2012.

None of those victories — sorry, even the Blue and Gold of ’12 — were elite level competition, though. FCS victories over top-ranked teams are considerably more rare, but not unheard of; in 2016, North Dakota State beat 13th-ranked Iowa, nearly making it to the national rankings themselves in the process. In 2007, Appalachian State — perennially an FCS powerhouse — defeated the No. 5 Michigan Wolverines on the road, still considered by many the most stunning upset of at least this century.

Duquesne is no Appalachian State, though the Dukes did post a solid 7-3 record last season. Fortunately, Florida State isn’t quite a powerhouse at the moment; the Seminoles went 5-7 in 2021 and are not ranked going into this year.

Meanwhile, upsets are in vogue right now; a higher-than-usual 12 FCS teams beat their better-funded rivals in 2021. Among those 12? Duquesne, who edged the Ohio Bobcats, 28-26, last September. (The Dukes also were shellacked in an opening-week contest with mighty TCU by the score of 45-3, but let’s accentuate the positive.)

Could the Dukes crush the spirits of the Florida State faithful this Saturday evening? Could a team that typically draws about 2,000 fans score a victory on the turf recently dubbed Bobby Bowden Field?

So you’re saying there’s a chance?