Pay no mind to the folks who insist that a Steel City summer is time to party: The good times kick off about now. 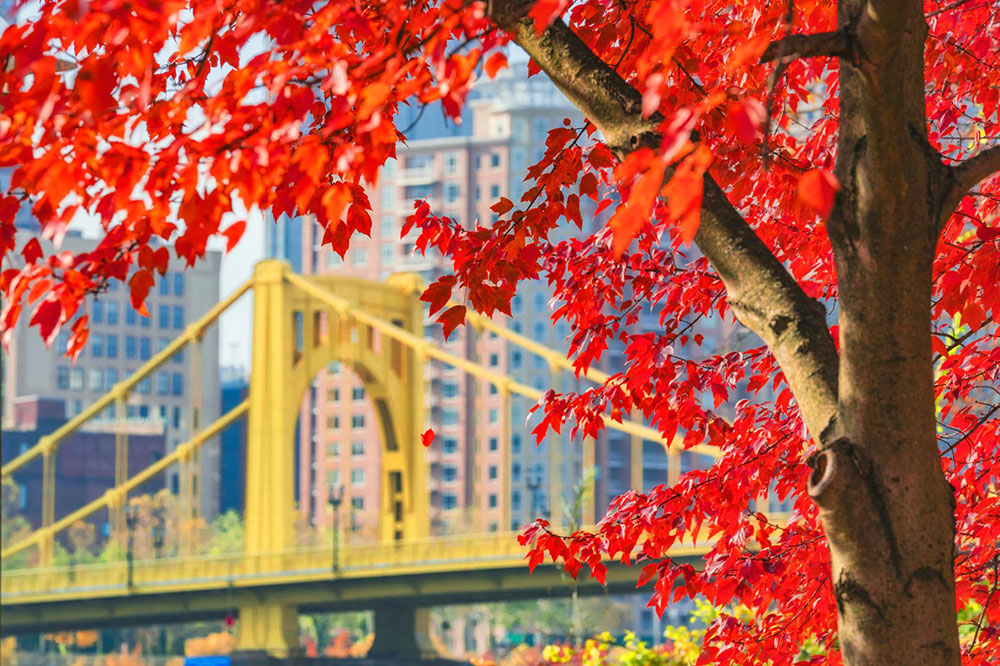 As I write this, we are experiencing what I hope will be the final 90-degree day of 2022. (I know not to get my hopes up; the way the weather has been, we could get one in November.)

While the thermometer may still convince you that we are in the throes of summer — the dog days, I believe they’re called, though most dogs seem to like air conditioning just as much as we do — the undeniable signifiers of impending autumn are at hand.

No, not changing leaves — that comes later. I’m talking about Halloween candy on the store shelves, endless Steelers preseason analysis and the impending onset of rib festivals.

These, undoubtedly, are the best times to get outside in Pittsburgh. I’ve always been baffled by those who consider June and July Pittsburgh’s exciting months; have they not noticed that a Pittsburgh summer is, by and large, miserable? The sensation of being slowly cooked over a charcoal grill? Unbearable, sticky heat by day, interrupted only by a rolling mosquito assault at night?

“Oh, but Kennywood,” they say. Kennywood’s open in the fall, too. “Yes, but Pirate games,” we’re told. Despite an utter disappearance in media coverage the minute Saint Vincent begins setting up the training camp buffet, baseball continues until the end of September (and, I’m told, even longer in other cities). “But aren’t the parks lovely in the summer,” they ask? It must be nice to be so free of seasonal allergies.

Summer in Pittsburgh is, to use a simple expression, for amateurs. Summer in Pittsburgh is caravans coming in for a big concert on the North Shore, parents schlepping bored kids through Downtown and mostly disinterested parties seeing their constitutionally mandated one baseball game per year.

I’m glad for them: I’m glad that visitors get to see our city, if only from the parking lot outside Heinz Field; I’m glad that parents introduce their children to cultural attractions; I’m glad that people who don’t like baseball still eat hot dogs. This is all good news. I just don’t necessarily want to be around for it. So I wait until beautiful, glorious, more sparsely attended autumn.

(Late summer, technically, but let’s not get meteorological about this.)

Tickets for Pirate games and other typically outdoor events are widely available. Crowds at cultural institutions are smaller and more likely to be composed of quiet, curious types. Kennywood is positively pleasant — I don’t know if you’ve noticed, but a brick of french fries are more satisfying on a mild day than a sweltering one, unless you sincerely enjoy sweating salt out of your cheeks for the next six hours.

Speaking of the weather: Heading outside when it’s 90 makes as much sense as heading outside when it’s 10. Yes, I realize I’m particularly disinterested in the sun, which I consider something of a nemesis, but this never made a lick of sense to me: There are two extremes over the course of the year, the cold one and the hot one. Why bother with the open air during either?

That’s what spring and fall are for. And fall’s better, because it rains less.

To me, this will be the first great weekend of outdoor living in the city. The season wraps up at about Thanksgiving — even then, there will be some warmer-than-average days that demand we bundle up and once again enjoy the proper, temperate conditions.

Am I just being a jerk about the fact that I don’t like summer and sneering at those who look good while tanning?

You know, a little bit.

Even so, fall is great. And I haven’t even mentioned the haunted houses.