Executive Chef Julio Peraza pulls together an all-star lineup for the second installment of the group dinner. 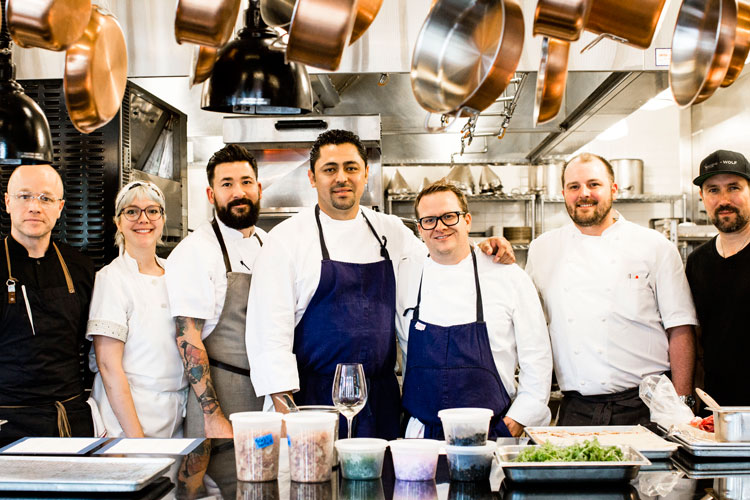 Behind the door of a restaurant kitchen lies a necessary hierarchy, a pecking order with the executive chef sitting in the highest position, responsible for overseeing all happenings.

In a spirit of community, however, Executive Chef Julio Peraza of fl. 2 has thrown open his kitchen doors to collaborate as equals with talent both local and visiting for his Guest Chef Dinner Series.

Each chef will be responsible for one course and will be featuring their favorite late fall/early winter ingredient, for a total of six courses with optional wine pairings.

Peraza, who melds his background with Italian and French cooking with his Latino heritage for fl.2’s modern menu, expressed goodwill towards the Pittsburgh restaurant community following his first successful collaborative dinner. “The talent that has come out to collaborate on these dinners is truly awe-inspiring. There’s such a spirit of community here on the Pittsburgh food scene. I really want to spread the message nationwide that not only are we on the cutting edge of the food world here, but that we also welcome and embrace outside talent and new creative ideas with open arms. These dinners are truly reflective of the way I have been welcomed here.”