A wide range of housing prices, a vibrant business district, excellent private and parochial schools, and acres and acres of parks make Squirrel Hill a perpetually popular place to live. 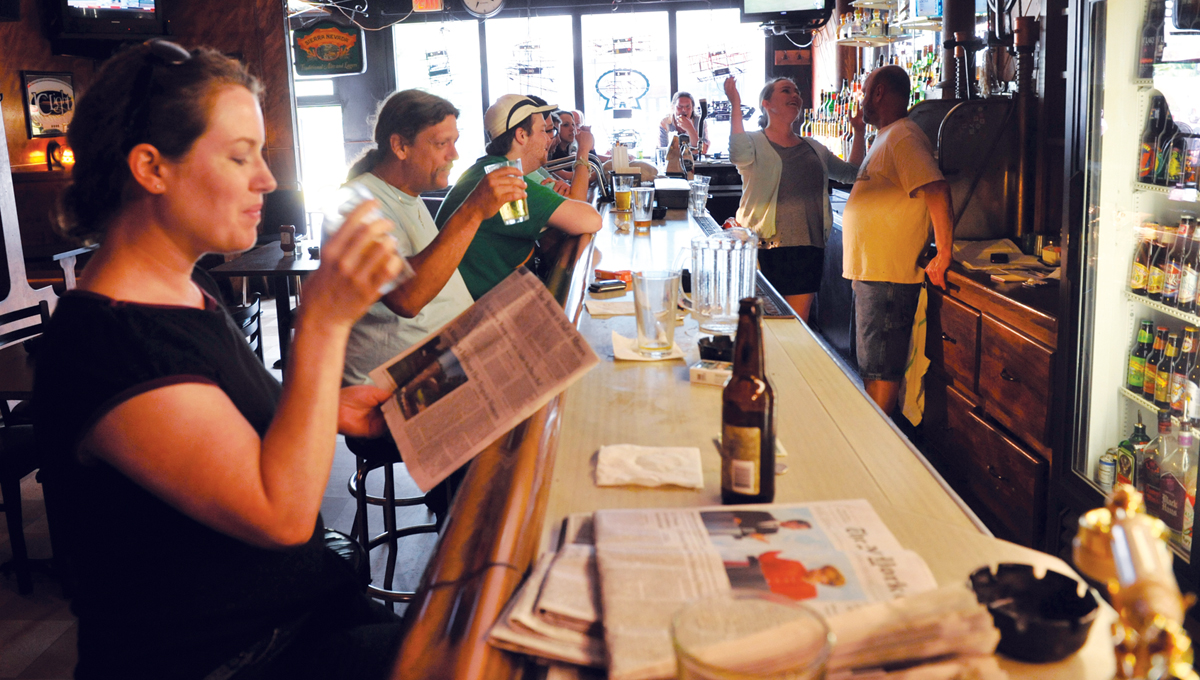 This neighborhood has become the neighborhood of choice for many in Oakland’s university or hospital communities, offering easy access by car, bus, bike or foot.

Because of its attraction to these communities, Squirrel Hill has an exciting diversity. Spend time in a Squirrel Hill playground or coffee shop, and you’ll hear a mix of languages, including Russian, Spanish, Japanese, Chinese and Hindi. You’ll also frequently hear Hebrew or Yiddish, as Squirrel Hill is the unequivocal center of Pittsburgh’s Jewish population.

The roots of Squirrel Hill’s role in the region’s Jewish culture began to flourish in the 1920s with an influx of Eastern European immigrants. It has been home to Jewish families ever since, with more than one third of the area’s Jewish population living in the neighborhood. The Jewish Community Center, situated prominently at the intersection of Forbes and Murray, is the center of Jewish life in the area (though it is welcome to people of all faiths). The JCC features a large swimming pool, fitness center, daycare and a variety of classes for kids and adults. On Saturday, the Jewish Sabbath, many families can be seen walking to Squirrel Hill’s more than 20 synagogues, and Murray Avenue is home to Kosher markets and restaurants. 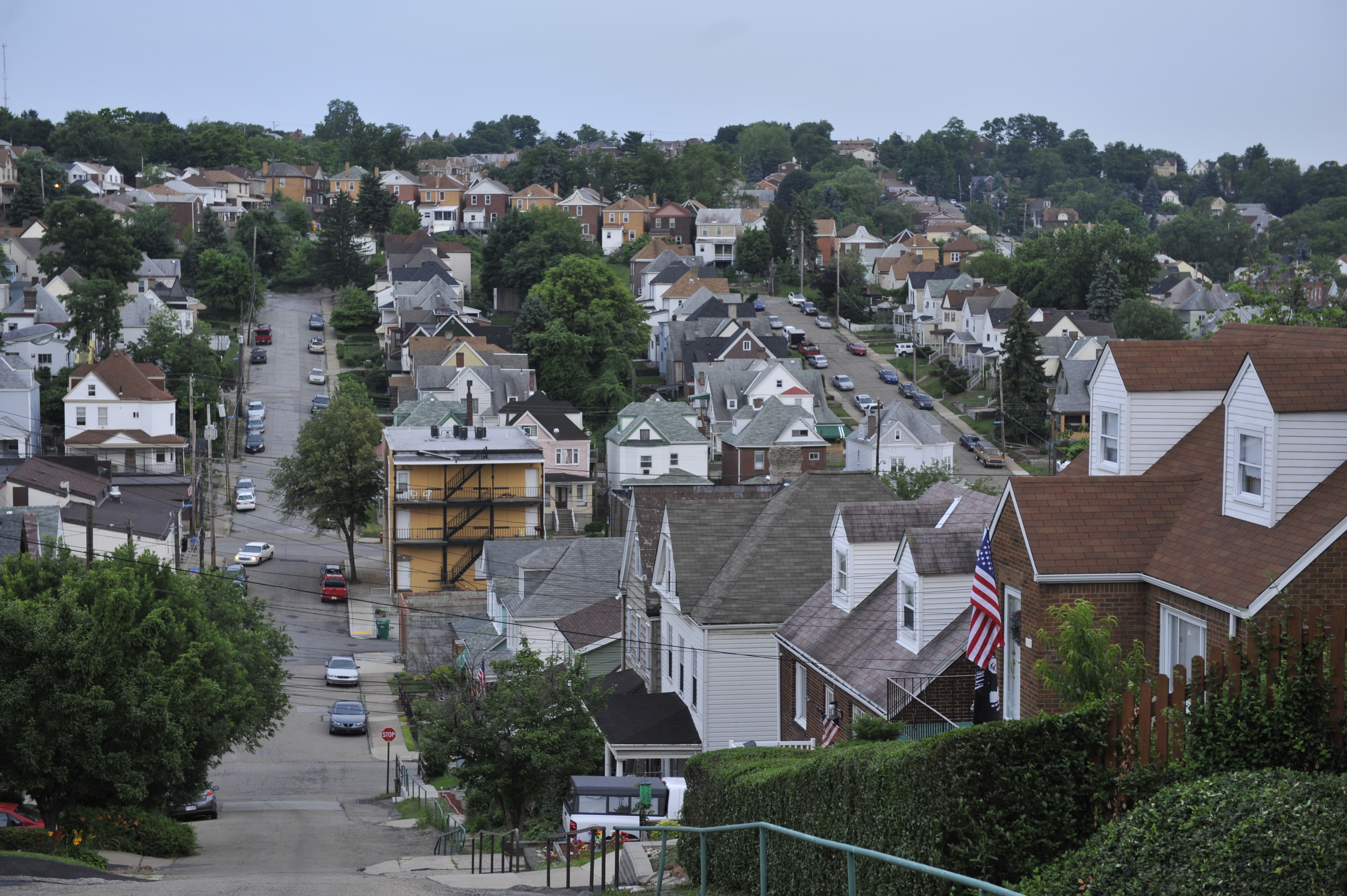 But Murray Avenue’s culinary offerings don’t stop there. The street is an ethnic food lover’s paradise, also featuring Asian, Italian, Mexican and even Libyan cuisine. Three of Pittsburgh’s most popular pizzerias—Aiello’s, Mineo’s and Napoli—are all within a block of each other; passionate defenders of these establishments can be found in each, proudly claiming that their favorite is best.

While Murray Avenue is a feast for foodies, Forbes Avenue is heaven for shoppers. Even if you’re not spending, this long block of boutiques provides fabulous window-shopping and people watching. On a warm day, Forbes is a perfect spot for a slow stroll, ice cream or Italian ice in hand, checking out the newest fashions and listening to the occasional street musician. Being able to easily walk “up street” (as Squirrel Hill natives call the business district) is one of the most enjoyable benefits and charms of living in the neighborhood.

Though most Pittsburghers consider Squirrel Hill to be one neighborhood, the city actually divides it in two: North of Forbes and South of Forbes. North is certainly home to some of the swankier addresses, while South features a more eclectic mix. The North of Forbes area also includes the beautiful (and aptly-named) Woodland Road, which includes much of the Chatham University campus, and homes by masters of 20th century modern architecture, including Walter Gropius, Marcel Breuer (both of the famed Bauhaus school), Richard Meier and Robert Venturi.

No matter your address, though, Squirrel Hill is an idyllic city neighborhood. 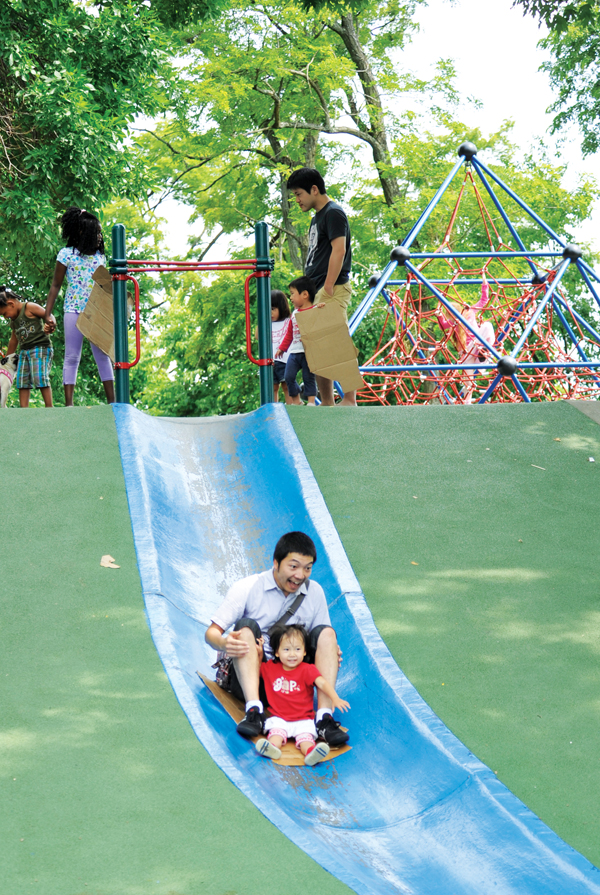 Murray Avenue boasts an excellent array of food options: There’s classic American, Greek, Mexican, Libyan, Japanese, Chinese, Italian, Indian and Middle Eastern … and that’s just one block! Luckily, plenty of these options are reasonably priced. While we’re pretty sure those on strict diets will fall off the wagon, at least you won’t spend too much money partaking in an afternoon of gluttony. Start off with a generous portion of spanakopita or moussaka at The Greek Gourmet Marketplace (all priced under $5), and try a piece of pistachio baklava for $1.50 while you’re there. Next, head to Mineo’s for the pizza many locals refer to as the best in town. Grab a few slices for $1.55 each and enjoy. To further subdue your carb cravings, pick up some artisanal bread and desserts from Allegro Hearth Bakery; everything is made fresh in the bakery and tends to be less expensive than processed brands at the grocery store. Next, stop by Razzy Fresh for a frozen treat that’s as cheap as you want it to be. Create your own masterpiece: Choose a fro-yo flavor or two and pile on mouth-watering toppings for 41 cents per ounce. Finally, yet another sweet victory: a magical Belgian waffle from Waffallonia made Liege-style with a tinge of pearl sugar. You can load it up with toppings, but try it plain for $3 to get the real taste (and the best deal).

Score some new-to-you threads
You may or may not have to do some digging, but those searching out cool vintage and secondhand duds should head to Avalon Exchange on Forbes Avenue. For the biggest discounts, check out the half-off rack and hit up the $1 Sales, which usually take place in February and July. Also, if you’re more into making money than spending it, consider bringing in some of your own clothes to place on consignment. Avalon offers 30% of the item’s sale price in cash, or 45% in store credit. Those with little ones to outfit should check out A Child’s Wardrobe & ADULTS Too on Murray Avenue. They have a nice selection of trendy, up-to-date clothing and accessories, along with DVDs and more. Plus, they buy and sell adult clothing.

Enter “The Cage”
“The Cage” is the nickname the Pittsburgh police gave the legendary institution The Squirrel Hill Café, due to it having bars on the windows. It’s small, so the cage reference is appropriate, but it’s small in a cozy kind of way. If you’re a smoker, or you don’t mind the hard smell of cigarettes, this is a must-try for anyone wanting to hang out in a place that’s as far from typical as a bar can be. The jukebox is usually rocking, the wings are tasty, hot and cheap, and the drinks are priced perfectly, making “The Cage” a fine choice even if your wallet is a little thin. A craft IPA can usually be found on tap for about $3.75, and if you head there on a microbrew and import night, you’ll get a dollar off specialty bottles. So sip away and wash down that incredibly cheap bar food.

Culture yourself to a tea
Margaret’s Fine Imports offers a free tea class and tasting the first Wednesday of each month. You’ll learn more than you could ever imagine about tea, including types of tea, steeping techniques, how to properly store tea and the rich history of the coveted leaf. "Yes, but I’m a coffee fiend", you say? Don’t worry, Margaret’s offers classes for java-heads, too! Learn more at LivingPittsburgh.com.