No, it's not actually four separate things. It’s one insane dessert. 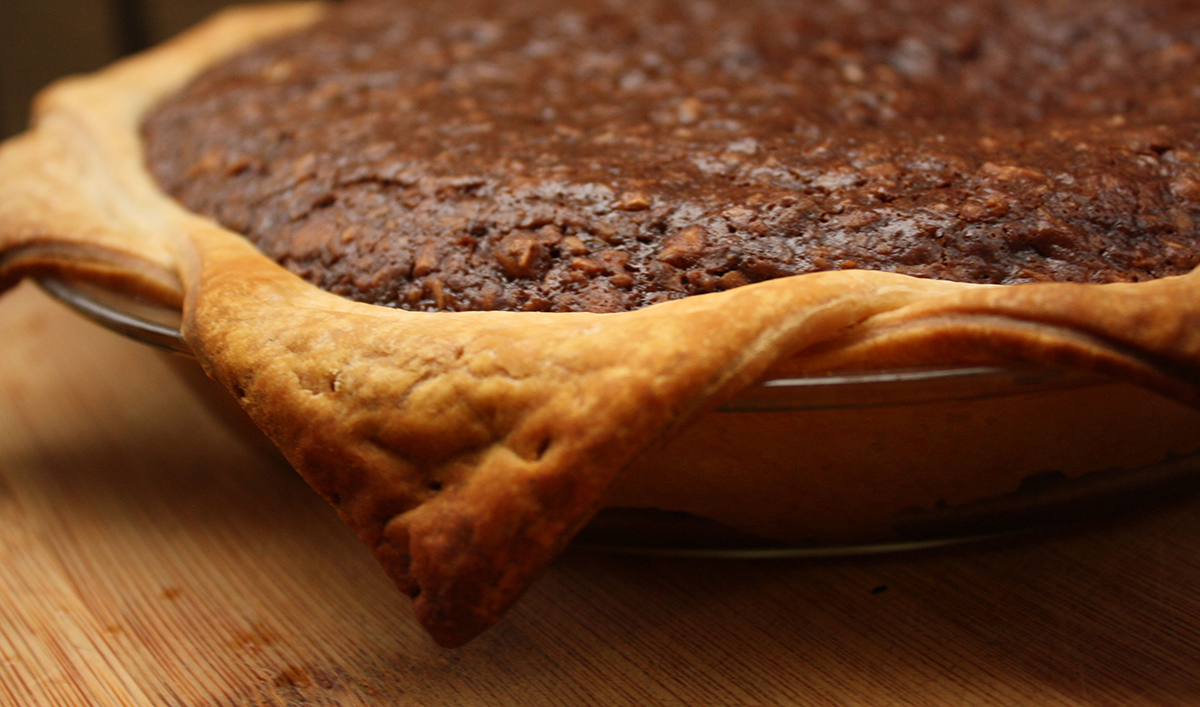 You were a rockstar at Thanksgiving, with your fly pumpkin pie. This holiday season, you don’t want to be a one-hit wonder. Nor do you want to be that person with the disappointing sequel. Nope. You want to be The Empire Strikes Back, not The Phantom Menace. You want to make the sequel that’s even better than the first.

And here it is. Say it with me. Chocolate Hazelnut Eggnog Pie. You want to say it. You want to see their faces when you say it — wide-eyed, pupils dilated, a little shaky with dessert anticipation. Your host will usher you and your pie in like royalty. You will enter the party triumphant and exit the party leaving everyone so entranced you’d think you were parading around in your Princess Leia costume.

The dark secret? This pie is – gasp – semi-homemade! For shame! But it’s true. At least the crust is. And look at how artful it looks! Store-bought puff pastry as pie crust! Look at that sexy drape. Nestling a velvety filling. A velvety filling with chocolate, hazelnuts AND eggnog. How perfect can it get?

(Well actually, it can be made even more perfect served with Coconut Whipped Cream!)

Have a Happy Holiday season from The Brazen Kitchen!

1. If using store bought puff pastry, thaw out on your counter.

6. Unwrap the puff pastry and transfer to a lightly greased glass pie pan. Lay one on top of the other forming a “star” pattern with the edges draping down the pan.

8. Remove the crust from the oven, remove the foil, and scrape the filling into it with a rubber spatula, spreading evenly.

9. Place the pie on a cookie sheet and bake for 20 minutes, until the filling is firm.

10. Remove from the oven, cool for 30 minutes, then refrigerate for at least two hours.

*Off-season, you can also make this recipe with unflavored rice, coconut or almond milk. Increase maple syrup to 1/2 cup if you are.